In 2009, President Obama signed into law a Congressional apology to acknowledge the damages, wrongs and broken covenants by the United States inflicted upon the Native American people. However, that apology was never publicly acknowledged, something that was disappointing and hurtful to the Native American People. Now, Dr. Negiel Bigpond and Amb. Sam Brownback, who crafted the original legislation, are creating a movement to encourage the White House to publicly and formally acknowledge this apology now. In the first of three episodes, The Apology examines the history of the injustices committed against the Native American people and the apology that was written but has yet to be publicly spoken. We hope you’ll join this movement by signing our appeal to the White House at TheApologyNow.com.

In celebration of Women’s History Month, the National Museum of the American Indian is presenting Without a Whisper: Konnon:Kwe, a film about the untold history of Native women’s influence on the early women’s rights movement in the United States. See the film here. March 1–31, 2022 (Available on demand 12:01 AM ET, March 1, 2022, to 11:59 PM ET, March 31, 2022). Director: Katsitsionni Fox (Mohawk).

Virtual Field Trips from the National Museum of the American Indian 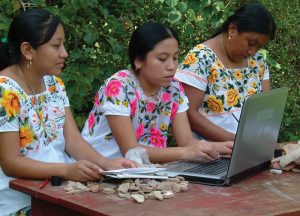 Attendees will hear from tribal leaders from around the state; view the documentary “The Doctrine of Discovery: Unmasking the Denomination Code”; learn about the pottery, baskets and other crafts and artwork created by South Carolina Native Americans; and view the film “The Dakota 38,” about the 38 Dakota elders hanged in 1862. 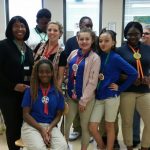 The Native American After School Program is funded by the United Methodist Church of Greater New Jersey through Bridges to Growth and St. John UMC in Bridgeton (Fordville) Click here to download sample lesson plan.