Welcome to the Conference Committee on Native American Ministries

Listed on these pages are the members of the Committee, upcoming and past events, resources and the Act of Repentance Service.

At Charge Conference, names can be added to the Directory of Official Elected at Church Conference. This person could work with the Worship Committee and Pastor to set up the NAMS Worship. Click here for the role and responsibility of the NAMS Local Church Representative. Continue to come back to this page, as we will be adding more information regularly.

The Native American International Caucus (NAIC), a UMC-affiliated caucus, received a grant in December from the General Board of Church and Society (GBCS) to support its 2023 Family Camp for Native American United Methodist Families. The camp, scheduled for July 20-23 at the Asbury Retreat Center in Silver Lake, NY, near Niagara Falls, is returning after a hiatus due to the Covid pandemic.

“Bishop John Schol graciously accepted the grant on behalf of the NAIC,” reports Cynthia Mosley (Nanticoke Lenni-Lenape), chair of GNJ’s Committee on Native American Ministries and a NAIC board member-at-large. “The GNJ will hold the money and distribute it for general operating expenses for the Family Camp.”

“We are hoping churches may provide camperships for Native American families who cannot afford the modest tuition and travel,” said Mosley, who recently appealed for camperships at a Jan. 14 regional meeting of United Women in Faith. “Family Camp is a great experience for tribal families.”

GBCS awarded over $98,000 in Peace with Justice, Human Relations Day and Ethnic Local Church grants for 2022.

Michael Coon traveled with a group of veterans from the Muscogee Creek Nation from Oklahoma and had tears of joy in participating in the grand procession for the National Native American Veterans Memorial. Read the article here.

Cynthia Wilks-Mosley, chairwoman of GNJ’s Committee on Native American Ministry (CONAM) presented a PowerPoint presentation titled “We are Still Here,” on Native American issues to the United Women in Faith’s online winter Call to Action meeting, Jan. 14. Along with issues of concern, she appealed for support for camperships to help Native American families attend the 2023 NAIC Family Camp, July 20-23 at Silver Lake, NY.

In former times, the Rev. Glen Kernell would have been called an “Indian.” His name in the language of his tribe is Chebon.

As European settlement of North America expanded westward, the indigenous population with cultures going back hundreds and thousands of years was overwhelmed, oppressed and massacred. Families were split up and children re-educated.

Kernell said only 0.004% of Native Americans in North America survived after the relocation and dispossession period when Native Americans were forcibly removed from their lands and taken from their families. Today’s Native population are the descendants of those survivors.

During the 11th General Assembly of the World Council of Churches, held Aug. 31-Sept. 8, Kernell talked with UM News about what it’s like for threatened cultures consigned to life on the sidelines. The ecumenical gathering is characterized by colorful diversity — not just in terms of culture, but also with the issues that move participants and the challenges they face. Around 3,000 people from 120 countries attended.

A Story of Survival

The Wampanoag and the English A Thanksgiving Lesson Plan Booklet from a Native American Perspective produced by the OKC public schools system.

Litany for "A Day of Remembrance for Our Children"

Rev. Michael Johnson of Penn DE Conference wrote and shared a litany during the gathering of “A Day of Remembrance for Our Children.”

Raising Awareness for Abducted Women
To learn more about MMIWG and the REDress Project, read a recent blog here.

Lynn Malerba of the Mohegan Tribe in Connecticut has been picked to be the U.S. Treasurer, which oversees the U.S. Mint and the Bureau of Engraving and Printing. Created back in the days of the Continental Congress, the post is older than the Treasury Department, where it is now housed.

Move over, Andrew Jackson — you’re going to have to share the face of the $20 bill with a Native American woman soon.

What’s in a Name? What It Means to Decolonize a Natural Feature.

THERE ARE HUNDREDS UPON hundreds of them—by one count, more than 800. They are mountains, valleys, creeks, lakes, and other physical landmarks with one thing in common: They all have the word squaw in their name.

Last November, Interior Secretary Deb Haaland, a member of the Laguna Pueblo, vowed to change that. Secretary Haaland announced the creation of a formal process to review and replace derogatory place-names. She also officially classified the term sq*** as offensive and created a federal task force to find replacement names. “Racist terms have no place in our vernacular or on our federal lands,” Haaland said. “Our nation’s lands and waters should be places to celebrate the outdoors and our shared cultural heritage—not to perpetuate the legacies of oppression.”

Two Catawba Nation Matriarchs will bring an Ancestor Home from Carlisle Next Week.

Twenty years after they first spotted the name of a relative on a tombstone at one of the nation’s most infamous Indian Boarding Schools, two Catawba Nation tribal members are preparing to finally bring him home. Full story here.

UMNews Features NAIC’s Call for Action
Native American International Caucus – After mass grave found, groups urge action
WASHINGTON — After the bones of 215 children were found at the site of the Kamloops Indian Residential School in Canada, Native American United Methodists are urging a closer look at Methodist-run schools. The Native American International Caucus asks bishops to commit time and money to the investigation. The executive committee of the Northeastern Jurisdiction Native Americans Ministries Committee also has issued a letter of solidarity with the caucus. Read June 14, 2021, story here.

Deb Haaland Addresses the Crisis of Violence Against Indigenous Women
To read a recent article in Mother Jones, click here.

Voter Suppression in Indian Country
To view a recent video from EPAUMC CoNAM regarding the history of voter suppression in the Native American communities, click here. 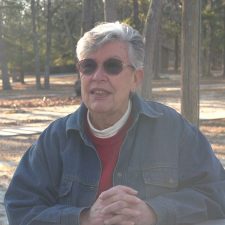