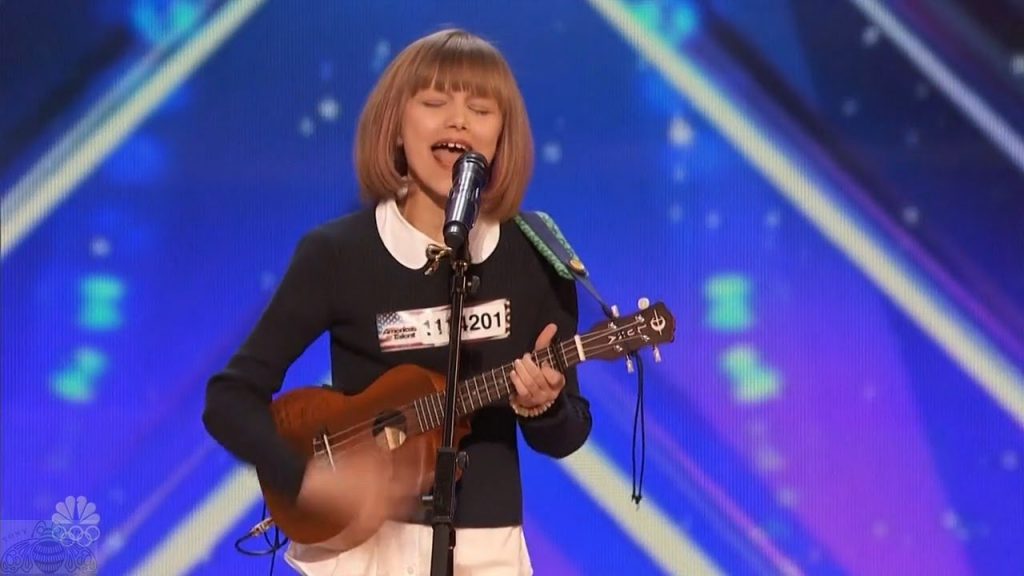 Grace VanderWaal, the 12-year-old musical prodigy from Archer UMC in Allendale was crowned the 2016 winner of NBC’s ‘America’s Got Talent’ on Wednesday, September 14.

From the moment she confidently performed an original song she wrote titled “I Don’t Know My Name” back in May, her name went viral. The video of her jaw-dropping debut garnered more than 60 million views, setting VanderWaal up to be the show’s early front-runner.

Sobbing as her name was announced, show judge Howie Mandel, who granted VanderWaal entrance into the completion via the golden buzzer, rushed the stage to give her a big hug. NBC stated that the season’s finale earned the most votes from the audience in the show’s history. Taking home a $1 million grand prize, VanderWaal is set to headline inside the PH Showroom at Planet Hollywood Resort & Casino in Las Vegas on October 27-29.

“You are on your way,” Mandel told her. “I love you, you are so special.” Dubbed by show judge Simon Cowell, “the next Taylor Swift” VanderWaal began writing songs at 3 and used her 11th birthday money to purchase a ukulele which has become the New Jersey star’s signature.

Before her television debut, VanderWaal frequented open mic nights at a local café. Her first performance floored the tiny, close-knit community audience and became her support system, encouraging her with each new show and helping to solidify her confidence.

“The open mic nights prepared Grace for what she was able to do on television,” her mother said. From a tiny café to a sold-out theater audience with cameras broadcasting to millions across the world, VanderWaal performs best in front of strangers.

As a member of the Archer UMC youth choir, VanderWaal also sings solos during the summer services. Having known the young musician her whole life, the congregation wasn’t surprised that her musical talent was met with such warm reception on the national stage.

“Our church is just an amazing spot,” said Mrs. VanderWaal. “They have been so supportive of her, and it’s really an inspiring community to be a part of.”

From her family to the congregation at Archer UMC, Greater New Jersey and the nation watch with excitement as VanderWaal lives into her musical calling.