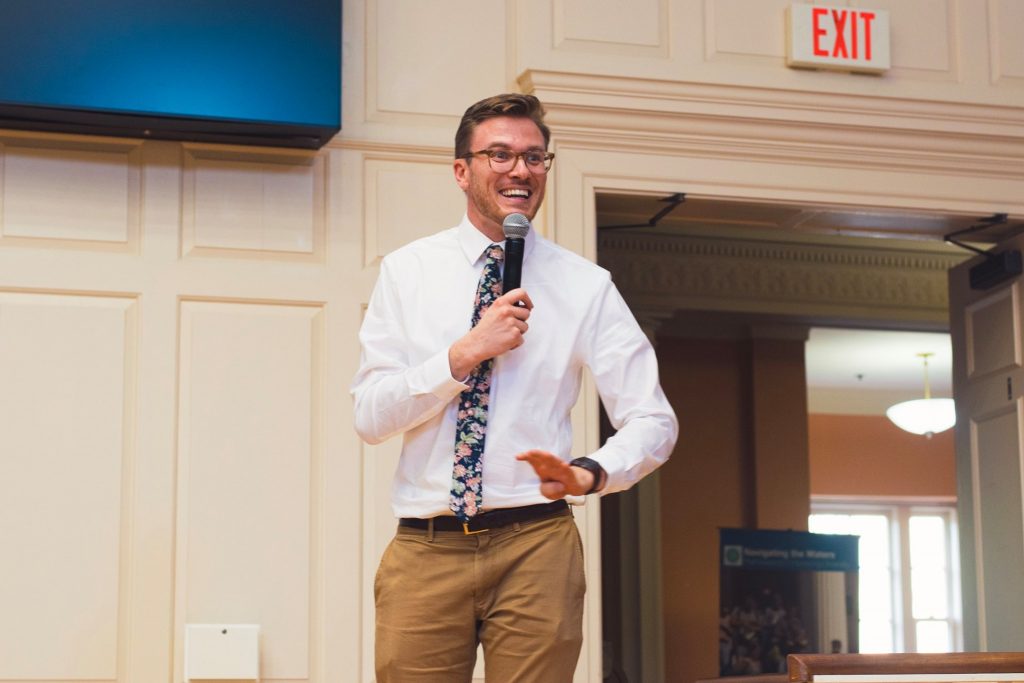 “We must,” he said, “ … give the key of knowledge to your children, and those of the poor in the vicinity of your small towns and villages.”—Francis Asbury

In October 1771, Francis Asbury made the arduous journey via boat and horseback to the United States after being sent by John Wesley to organize the new Methodist church in the British colonies. After landing in Philadelphia on October 27, he went on to spread the Gospel, opening up several schools along the way as he rode an average of six thousand miles each year. His first stop was a Methodist church in Woodrow, Staten Island as chronicled in a journal he kept. He would later visit courthouses, public houses, tobacco houses, fields and public squares, making friends along the way like Henry “Black Harry” Hosier, a guide and driver who would later become the first African American to preach directly to a white congregation in the United States.

Two hundred fifty years after Asbury embarked on his unwavering mission landing in a city only about 45 miles away, Rev. Erik “Skitch” Matson of Princeton UMC and the Wesley Foundation was one of 10 recipients of the General Board of Higher Education and Ministry’s Francis Asbury Award, which recognizes and encourages outstanding support of higher education and campus ministries.

“I am grateful for the award, and the nomination, but most of all I’m grateful to lead, work with and learn from the amazing young adults in our area,” said Matson. “Their passion for justice, commitment to wrestling with Scripture, and authentic living out of the Gospel enlivens my own faith journey.”

In his dual role as the discipleship pastor at Princeton UMC and the Methodist college chaplain (Wesley Foundation Director) at Princeton University, he has spent almost a decade in ministry in both churches and summer camps and received a M.Div. from Princeton Theological Seminary and a B.S. in Physics from Point Loma Nazarene University.

The United Methodist group he leads at Princeton values questions, not conformity and welcomes all genders, sexual orientations, races, ethnicities, socioeconomic backgrounds, denominations and relationships with faith from the lifelong Christian to the questioning critic.

When asked what’s next, Matson said he has been accepted into a Lilly-funded two-year cohort called The Vinery (thevinery.org). They focus on “awakening faith and flourishing at the intersection of church and university through deep listening and purposeful design.”

“I think this will really help our ministry become more intergenerational and rooted in and with the local church,” said Matson.

The Oct. 30-31, there will be a celebration of Francis Asbury at Historic St. George’s UMC in Philadelphia. It will feature Bishop Schol as one of the preachers, along with Bishop Cynthia Fiero Harvey, who will help celebrate Holy Communion using the historic Wesley Chalice. Bishop Sally Dyck of the council’s Ecumenical Office will attend, along with representatives from UMC general agencies and the Methodist Church in Britain. Other invited guests may include leaders from the African Methodist Episcopal Church and other groups related to Methodism’s history.

The UMC’s General Commission on Archives and History is partnering with the Eastern PA Conference to plan the affair, led by General Secretary Ashley Boggan Dreff and the agency’s two previous general secretaries, Rev. Drs. Alfred T. Day III and Robert J. Williams. Members of the Methodist Church in Britain (MCB) will also celebrate the 250th anniversary, in part by watching the livestream video of the event.

Other recipients of the Francis Asbury Award in GNJ have included Rev. Don Gebhard, who is chaplain at Centenary College; and Rev. Frances Preston, former pastor at Christ UMC in Piscataway.