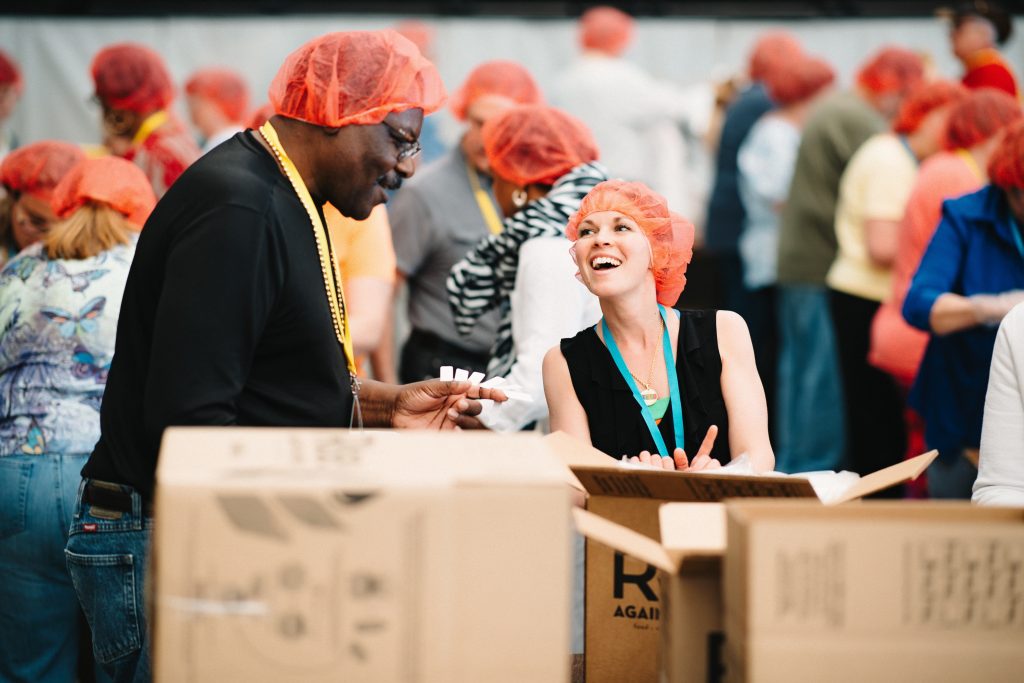 There are more seven billion people in this world. More than 800 million of them, or about one in 10, are hungry. More than half of these people are in countries facing conflict and devastating violence. Amid these startling statistics, children are the most visible victims. More than three million die every year because of undernutrition and the disease that ensues, and many others fail to thrive in school because they’re hungry.

Every child deserves an education and the opportunity to flourish–but in order to do this they need enough to eat. In fact, according to the Global Nutrition Report, 3.1 million or 45% of child deaths can be attributed to poor nutrition.

GNJ has been working hard to stem this tide, in part with Rise Against Hunger who since 1998 has envisioned a world without hunger. United Methodist volunteers at 71 events in Greater New Jersey have packed 1.2 million meals for people in 13 countries. Most recently, GNJ packed 30,000 meals at 2019 Annual Conference in May which were delivered to Salesian Missions in Uganda for distribution.

GNJ has made much progress, but more needs to be done. On March 21 GNJ is answering that call by hosting the “Yes, We Can” meal packing event at several different locations across New Jersey with the intention of having three thousand people pack 500,000 meals in one day.

All are invited to join the effort—United Methodists and community members alike. No matter the age, GNJ is looking to make a difference and walk like Jesus did.

Ashley Wilson, Director of Mission, shared the details, “We will have meal packing stations at several locations in every region of GNJ so that it is easy for our congregations to invite their communities to join them in mission.”

Rise Against Hunger, founded in 1998 by Ray Buchanan, a United Methodist minister and Vietnam veteran, is aligned with the United Nations Sustainable Goal #2 of Zero Hunger. From the implementation of sustainable community development projects and improving health to addressing gender equalities and facilitating this meal packaging program around the world, the nonprofit is committed to ending hunger by 2030.

Meal packing locations will be announced by January. Visit www.gnjumc.org/events/yeswecan/ for more information, updates, and to register yourself, your Sunday school class and anyone who is willing to make a difference and walk like Jesus did.