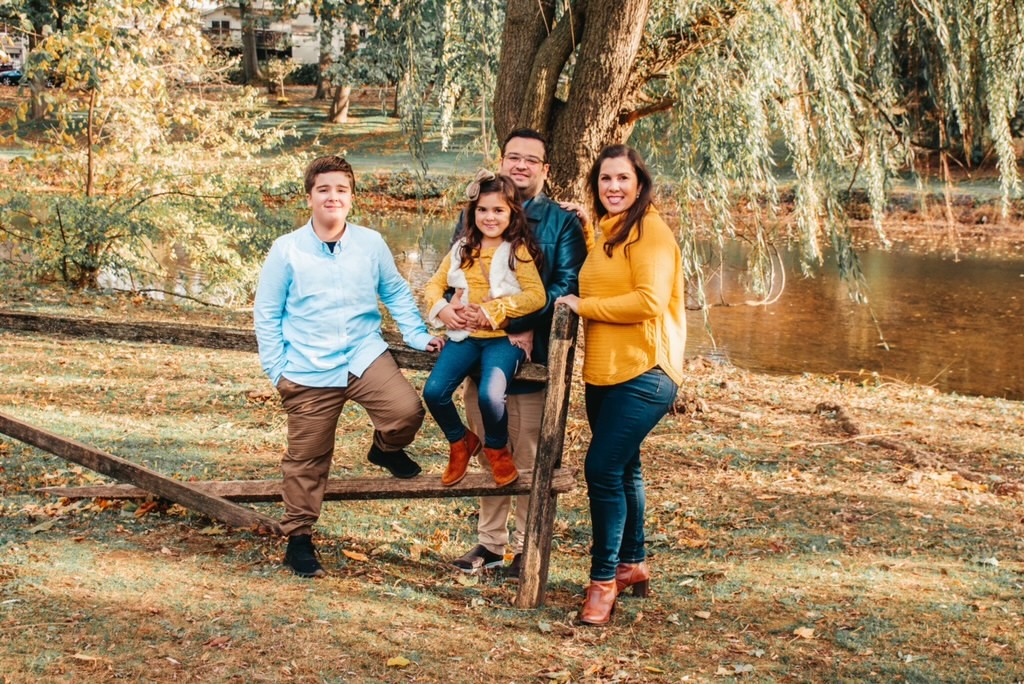 As the senior pastor at New Canaan UMC in Kearny, NJ, Rev. Ricardo Oliveira Canfield has witnessed the goodness of God firsthand as a fourth-generation Methodist pastor. His father, Estevao dos Santos Canfield, was a third-generation pastor who was endlessly passionate about God and his church, teaching his son at an early age “how to love the Lord and His Word.” And, as the founder of the New Canaan UMC, Estevao was his son’s personal hero. But sadly, he passed away in 2009 due to pancreatic cancer.

“My father taught me basically everything. He taught me the life of sacrifice to God and how to care for people beyond the Sunday service and the meaning of discipleship and preaching. I learned everything that I know from him,” Canfield said.

And with all the life lessons that his father passed along to him throughout his life, Canfield continues today to carry on his father’s legacy, serving the New Canaan UMC for the past three years, which in the past year has included guiding his congregation through the COVID-19 crisis.

“The year 2020 was very challenging for me. I had to learn to use a medium that I was so not used to using – the internet. We as a church had to adapt to a difficult reality. I saw some people leaving the church because they did not accept this new reality,” he said. “Financially the church took a hit as well. We had to adapt in that area as well. But I saw a group of people seeking more of God, getting more involved in prayer. That is bringing me much joy as a pastor.”

Canfield’s road to becoming a pastor has been a well-travelled one. Born in Brazil, he emigrated to the United States in 1997 with his family to start the Brazilian ministry with the United Methodist Church. He later lived in Portugal for 10 years, serving as a missionary, helping to implement the discipleship program in various churches. Then he moved back to the United States to become the pastor of New Canaan UMC.

“This is my third year serving this church. In 2017 when I came to serve this church, we had only 28 people left. My estimate now is that we had around 100 people pre-COVID,” he added.

Like his father, Canfield believes he was called to serve God as a pastor and wanted to follow in his father’s footsteps.

“My father, who was a pastor in Brazil, felt called to come to the United States to be a pastor,” recalled Canfield who added that prior to emigrating, his father was a pastor for 16 years and founded a couple of churches in Brazil. In his 10 years as a pastor at a church in Mandaguari, his Brazilian congregation grew from 100 people to over 500.

“My father always saw the kingdom of God in expansion and worked for that,” he said.

Estevao came to the United States when an opportunity came about because the Methodist Global Ministries decided to initiate a ministry with the Brazilian population in the New York-New Jersey area.

“Once here, my father came to know a couple of Methodist Brazilian families and started to meet at their home for prayer worship,” said Canfield. “A few months later the group grew and started meeting, and the rest is history.”

Today, New Canaan UMC serves those from not only Kearny, Elizabeth and Newark but from other areas of New Jersey as well. Ninety percent of the congregation speaks Portuguese, and the remaining are English- and Spanish-speaking.

“Our services are mainly in Portuguese, but we do have simultaneous translation for our English-speaking members and visitors. Wherever we see people in need, and we can help, we go. We serve the Brazilian community mainly for now, but my desire is to serve everyone who needs us,” he said. “It is my desire and I think it is God’s as well, to reach every nation and every tongue.”

Canfield has been married to his wife, Cynthia for the past 15 years and the couple has two children, Matheus, age 10, and Beatriz, age 5. His wife serves as one of the church’s worship leaders and is one of the coordinators for the children’s ministries, Sunday school and other activities. His brother, Andre Canfield is also involved with the church as youth pastor and worship leader.

Canfield said that what brings him the greatest joy as a pastor is seeing lives being transformed to the likeness of Christ.

“God’s display of love to me and through me to others is amazing. His goodness surpasses all my reasoning. Emotions were all over the place this past year, and we more than ever as a people needed to learn how to keep our heart in the right place in God. He is good all the time, even in tough circumstances. God is one constant in life and is ever present in time of need,” he said.

And, as Canfield continues to follow the path of his own life’s journey, he reflected once again upon his father’s wish for the church that he founded.

“My dad had many dreams for the church that sadly he did not get to see,” he said. “It is my desire to therefore not only follow in his footsteps but to accomplish his dream that I believe came from God.”

New Canaan UMC is located at 601 Kearny Avenue, Kearny. For more information, call the church at 201-955-0078 or go to www.newcanaanumc.com.