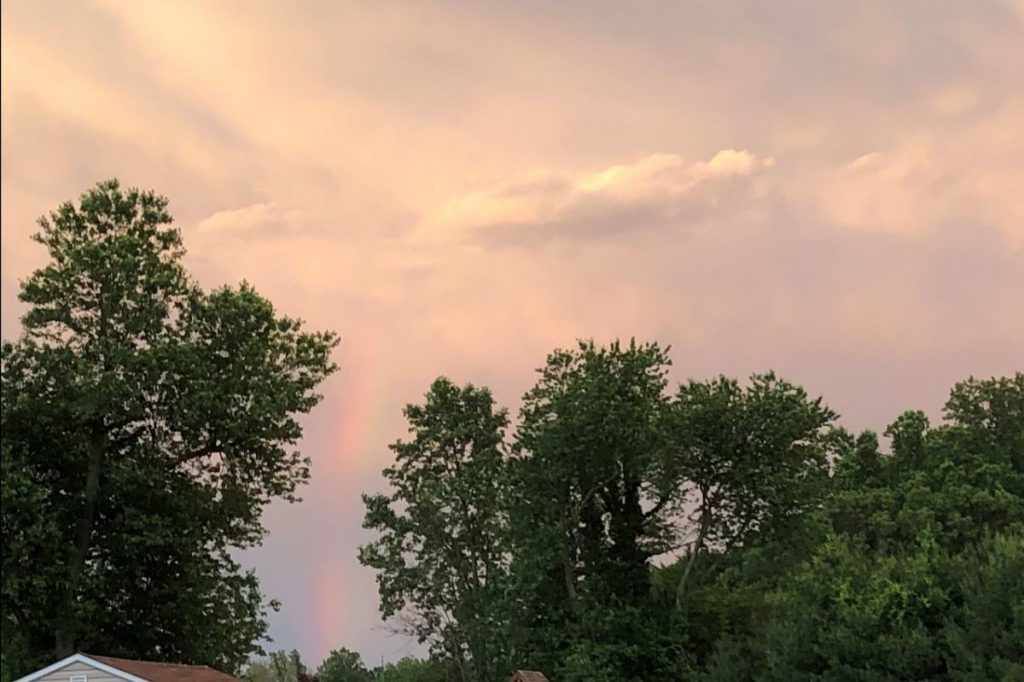 Throughout her life, Myrna made friends all over the world, from her days following the untimely death of her brother on 9/11 when she traveled to Afghanistan to promote peace to the multitude of smaller acts of kindness that encouraged others and gave them hope and often a chuckle…or sometimes even a pie in the face.

Myrna’s impromptu cartwheels were legendary. Her effortless ability to propel her body into the air was only matched by the courage and resilience she brought with her in everything she did. From inspiring youth to dare to dream and promoting peace and justice to baking cookies and assisting with the birth of her grandchildren, Myrna was a powerhouse of grace and humility who made people feel like they mattered.

One friend of Myrna’s recently recalled, “The last three posts on Myrna’s Facebook say it all about Myrna. The one post shares the United Methodist Church’s stance against racism. The second is of her grandchild, Fallon just making Myrna smile at her little ‘dog whisperer’ and the third one is the chalk writing she shared with her grandchild that said, ‘Black Lives Matter.’”

Myrna was a Full Elder and District Superintendent, but she was also a friend, mother, grandmother, wife and advocate for peace, racial justice and the environment. Many of her connections were overlapping because those who knew Myrna through ministry ended up being her friend as well.

Myrna joined the Southern New Jersey Conference in 1982 and during her ministry served nine churches. In 2014, she became Gateway South District Superintendent and served as Dean of the Cabinet for the last several years. A representative from each church that she served was invited to her memorial service held on July 25 at the Mission and Resource Center and broadcast to more than 1,200 people in Greater New Jersey.

One big part of Myrna’s ministry involved youth. She relished every opportunity she had to engage with them and celebrate their joys. Most recently she created Cluster Youth Groups, bringing several small youth groups together as one.

“Last year to celebrate the success of our VBS, we set up a dunk tank and she was first in line to be dunked into the water for the sake of celebration,” one friend recalled.

But Myrna’s outreach knew no age limit or boundary.

She loved the song, “Somewhere Over a Rainbow” and regularly played it, sometimes while watching her favorite movie, The Wizard of Oz.

“Way up high” the song challenged its listeners to dream big, beyond the rainbow and for all your troubles to be behind you. Its words expressed a longing for happiness with a childlike innocence. Through her actions, Myrna embraced these words in the life she led, challenging people to dare to dream and wish upon a star. Every day she strove to clear the clouds for others with her conviction, humor and unwavering compassion.

We hope Myrna is at peace surrounded by hummingbirds, seashells and lifesavers “somewhere over the rainbow, way up high” sharing her stories of all her “dids” (as shared by her husband, Drew) and her unwavering hope in faith and life.

When given the task to write something about Myrna, I struggled between being grateful and asking myself what right do I have to write about this amazing woman and the incredible impact she had on the lives of many and the lasting legacy she left behind. I listened in awe to the many beautiful eulogies at her service and I thought the pragmatic, level-headed logical side (as expressed by her friends) would not want this piece to be long. She would surely want people to get back to their ministries and missions.