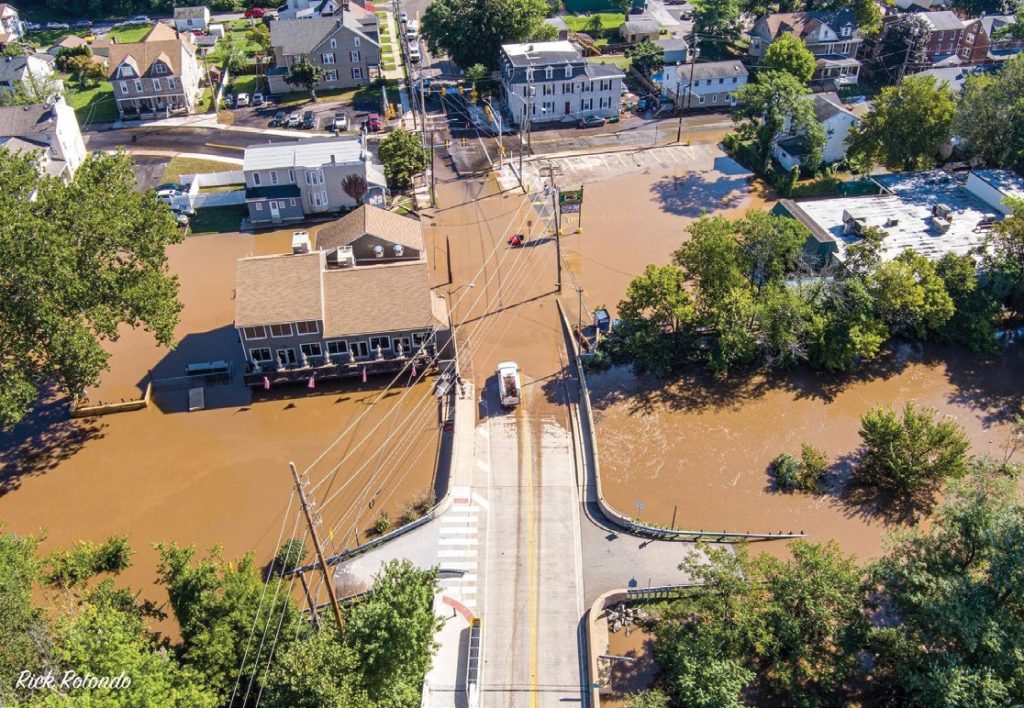 As people of The United Methodist Church, we are called to walk alongside those who have experienced disaster.  This was true in the aftermath of Superstorm Sandy, and it still holds true today as we work together to help those in need recover from Hurricane Ida. Ten years ago, when Sandy hit, New Jersey made national news headlines.  Pictures circulated worldwide of a roller coaster in the ocean, splintered boardwalks scattered along the shorelines, and homes devastated.  But knowledge of Hurricane Ida’s impact hasn’t had as much reach. The damage spanned over several states, homes were destroyed by both flooding and tornados, and precious lives were lost; however, the storm has been quickly overshadowed by other natural disasters throughout the country and many are unaware of its overwhelming outcome. Although many people have forgotten the name “Hurricane Ida,” Greater New Jersey has not.

Behind the scenes, we have a team of people working hard to meet the needs of those affected. Rev. Cricket Denton is the Conference Disaster Response Coordinator. Rev. Denton said, “I worked with A Future with Hope in the aftermath of Sandy, where we were overwhelmed with volunteers and support. Ida is a different beast, altogether.  We don’t have as much federal support, so we’re partnering with other organizations in an effort to accomplish together what none of us could accomplish alone.”

AmeriCorps is one of the nonprofit organizations that Greater New Jersey is partnering with in the relief efforts of Hurricane Ida. Part of their mission is to improve lives and strengthen communities through volunteerism. In the coming weeks, AmeriCorps is sending skilled volunteers to help finish the clean-up work from Hurricane Ida before the rebuilding phase can begin, and Greater New Jersey is working with them to supply additional hands.  Jack Inglis, from Butler UMC, is one of those pairs of hands. “Disasters can happen to any one of us, and God calls us to help each other. It’s not about the work, it’s about being a blessing to someone in need and giving them hope,” Inglis said. “By that, we are being blessed also.”

There is much to learn from each disaster that strikes our shores, including how to brace for the next one. Frank Friend, the Assistant Disaster Response Coordinator, has been working tirelessly to make sure Greater New Jersey is prepared for any natural disaster that comes our way. “Since Sandy the Greater New Jersey Disaster Response Team has been defunct,” Friend said. “Now, under new leadership with members that have emergency service experience, training, and education, as well as willing volunteers, it has been transformed and being built from the ground up. We are working to be a functional response group, soon to be ready for Greater New Jersey’s next disaster.”