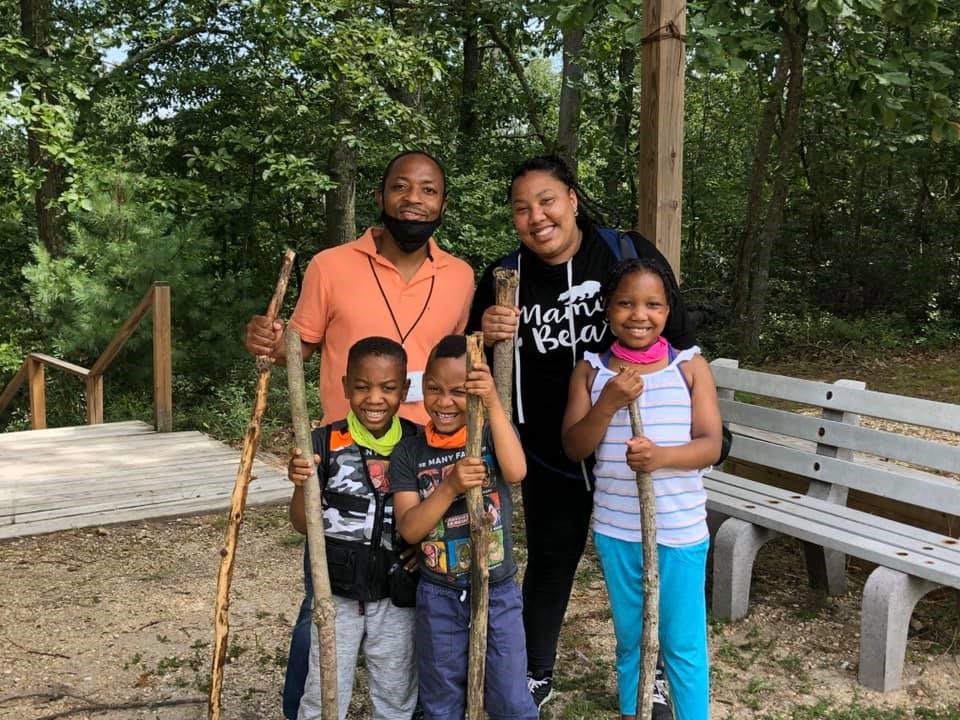 Every day, William M. Williams III, Gateway North & Palisades District Superintendent, rises and thanks God for another day. Grateful to wake up next to the love of his life, his wife Joyce, the couple have three children together, daughter, Julia and twin sons, James and William IV, who  love and support him, continuing to energize him to go and do the work of God. They support his “early days and long nights,” and he believes that they understand the importance of sharing God’s love in a variety of ways, whether it be through evangelism, mission, service, activism or administration.

“I believe that they are supportive because they know I love giving them all of me,” he said. “I accepted my call into ministry 12 years ago. In fact, my mother nor my father ever influenced my decision.”

According to Williams, he grew up in many places as his father is a United Methodist Elder.

“I was born in the great state of Texas while my father attended Perkins School of Theology in Texas. My mother is from Kansas. We lived the first nine years of my life in various cities in Texas. Soon after, he was appointed to a small 1,300-person town in Arkansas. We lived in this farming town for a couple of years. Much of my adolescent years were spent in Omaha, NE,” he said.

Williams preached his first sermon on Youth Sunday at Clair Memorial UMC of Omaha while he was in sixth grade. Yet, as an eighth grader his dream was to be a cardiothoracic surgeon, major league basketball player and a pastor.

“I lovingly blame my father for getting me involved in the church but always glad he did,” he continued. “I like to say he volun-”told” me to join the choirs, MYF, the youth annual conferences and the junior usher board. However, it is because of these that I ultimately developed a passion for the health and well-being of the local church. My fondest memories are working alongside the trustees helping close the church. They gave me my own set of keys as a teenager, doing other nominal but important tasks.”

Williams’ mother, who is a college professor, certified public accountant and an entrepreneur, was his biggest inspiration and because of her guidance, instilled in him a love for business. So, when he was accepted into Swarthmore College, he decided not to pursue a liberal arts education but instead a Bachelor of Arts in Economics.

“Because Swarthmore and University of Pennsylvania are a part of the Quaker Consortium, I was able to take much of my business course load in the Wharton School of Business. Several years after graduating college and working in corporate America, I decided to take night classes and pursue my eighth-grade passion – medical school. I received a post-Baccalaureate degree in Pre-Medicine from Drexel College of Medicine.”

But in 2009, Williams accepted his call into ministry. His ministry began in Omaha, NE, when he served as a youth pastor at Tri Community UMC in Omaha. Soon after serving this position, he began seminary at Saint Paul School of Theology in Kansas City, MO. While in seminary, he served as a student intern for Gregg Tabernacle African Methodist Episcopal Church and community director for the Ivanhoe Neighborhood Council. He received a M.Div. from Drew University in 2012.

Williams is now in his second year as Gateway North & Palisades District Superintendent as well as the Northern Region Team Leader. He previously served as a senior pastor at First UMC of Westfield and Asbury UMC of Atlantic City.

Williams added that one of the greatest joys in his life is seeing “individuals accept Jesus Christ as Lord and Savior.”

“For me, serving God and serving in this ministry means using my energy and gifts to work alongside our local churches; to help them accomplish their God-inspired vision. I love being a communication partner, helping churches discern the movement of the Holy Spirit in the creation of a strategic plan and praying for people,” he said.

He continued that his serving God and serving in this ministry is all because of the love and support he received in the various local churches he grew up with in his early years.

“My life was changed because of these churches,” he added. “Regardless of any joys or challenges in life, I always give thanks to God and continue to serve him.”