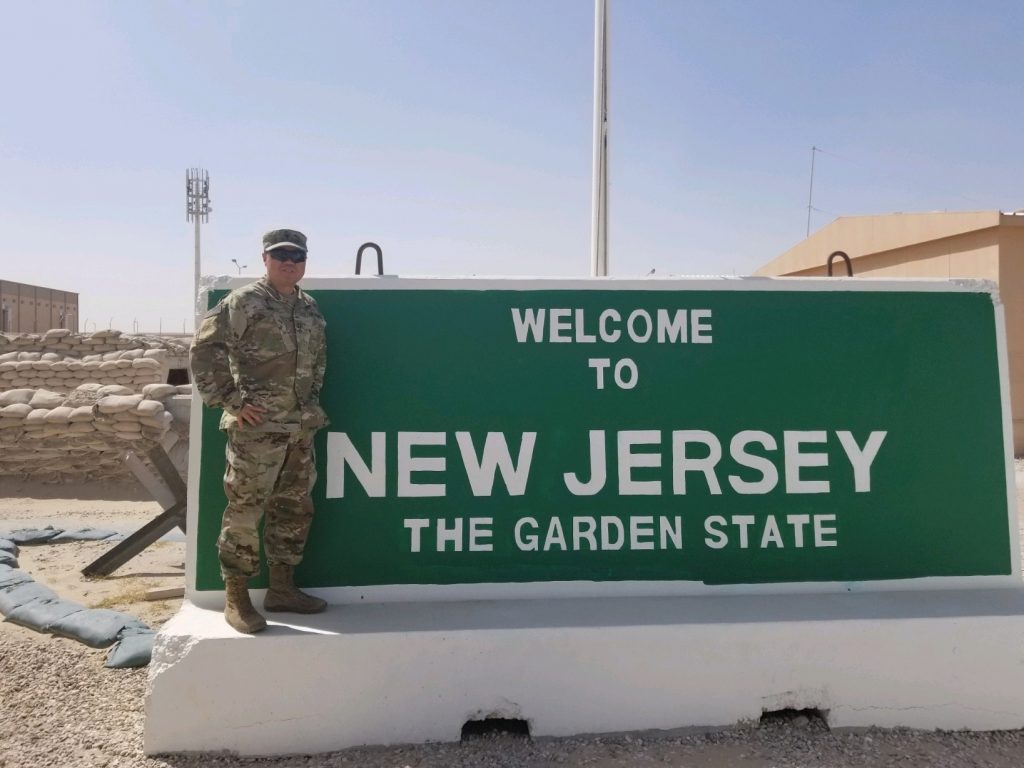 “Jesus reached for a little child, placed him among the Twelve, and embraced him. Then he said, ‘Whoever welcomes one of these children in my name welcomes me; and whoever welcomes me isn’t actually welcoming me but rather the one who sent me.’” — Mark 9:36-37

In late August, the first group of Afghan refugees forced to leave their homeland arrived at Joint Base McGuire-Dix-Lakehurst in New Jersey. Veiled women, barefoot and hungry children and others carrying nothing but a tattered jacket, a small bag and many unknowns were stationed there as part of a massive resettlement effort.

Called Liberty Village, the community that began as a tent city grew almost overnight to about three thousand and then continued to climb to near 10,000, as Afghans desperately fled Kabul in search of safety from the Taliban’s stranglehold and threats of terror. The New Jersey base is one of eight in the United States where tens of thousands of Afghans are being housed.

“There is a great need there at the base. I didn’t know what exactly to expect the first time I went,” said Rev. Hyun-Bo Shim, a chaplain for GNJ and husband of Rev. Sunny Shim of Wall UMC.

But what Shim found was a well-run base where refugees and military personnel, in spite of a language barrier at times, coexisted peacefully. While there, he connected with Master Sergeant Megan Munoz, who oversees one of three camps at the base. She shared with him what was needed (see below).

“Children are happy. I saw smiling faces. People are talking to one another and engaging with military personnel,” said Shim who added that men, women and children are being housed in barracks normally meant for military during active duty.

Although needs regularly change, Shim said in early November that men’s and women’s underwear were needed as was powdered laundry detergent. He offered to deliver the supplies to the base, if needed.

“The military personnel from the Air Force side are in charge of watching over the refugees, and they have also asked for some snacks like chocolate and beef jerky,” said Shim. MSgt Munoz echoed this need, saying that the enlisted are working around the clock to sort items and care for the refugees. Snacks, bags of ground coffee and energy drinks would be appreciated, she said. She also added that gift cards to Dunkin, Wawa or Costco can be used to supply the military personnel with those items as she does the purchasing herself.

“This journey has been such a great blessing to me. During such a time as this, I can utilize my experience to help,” said Shim who is pastor at Harvey Memorial UMC in addition to being a chaplain.

Shim described his transition into the dual role five years ago as sort of a “mid-life crisis.” Chaplaincy was only at 50 percent, so he knew more help was needed.

He recalled how in the aftermath of superstorm Sandy he “saw the other side and what they could do,” referring to the help and support that the National Guard provided during that time.

“I was amazed at what they could do, but I also wondered who is serving them,” so began his transition into what is now a dual role as local pastor and chaplain. Five years later, Shim said he is still honored to serve these people.

As Shim and others help refugees on the local level, UMCOR is working with more than 30 partners worldwide to fulfill the biblical mandate to “love thy neighbor” and “welcome the stranger.” In collaboration with long-standing partners, UMCOR is providing humanitarian relief and is assisting with refugee resettlement in part its partnership with Church World Service.

But our local churches are also doing their part.

The Church of the Master UMC in Howell has collected baby items to donate as part of its partnership with the Sponsor Circle Program, a community-led resettlement initiative that allows everyday Americans to take on the responsibility of welcoming an Afghan newcomer to their communities. The Sponsor Circle Program pairs Afghan newcomers with community groups eager to provide support. By applying to serve as a certified sponsor circle, the group commits to providing critical welcome and support to an Afghan newcomer family for a minimum of 90 days. More information can be found at www.sponsorcircles.org/.

At Park UMC in Bloomfield, the congregation has always been dedicated to ministry and mission that is inclusive and compassionate to all neighbors in need. Five years ago, the church leadership organized a mission to work with refugees and their resettlement. Although some of their efforts were thwarted by the pandemic, Park UMC has resumed its focus as Afghan refugees arrive in New Jersey in need of housing, household supplies, meals and educational services.

Stanhope UMC has been and continues to be a Project Linus drop-off site. Project Linus collects new, handmade blankets and distributes them to children in crisis. They learned that Project Linus is sending over 600 blankets to the base for the Afghan refugee children there.

St. Andrew UMC, who has always been committed to helping veterans is now giving even more at Fort Dix by collecting items to be donated there. Manasquan UMC also is collecting for the Afghan refugees living in New Jersey. They have donated things like soap sacks.

As part of its homecoming celebration, St. Mark’s UMC hosted a fundraiser on Oct. 17 in partnership with United Methodist Women to support refugee families. They collected donations of feminine hygiene products and diapers.

What Do They Need?

Sgt Munoz is responsible for about a thousand women at the camp. They are in need of the following donations:

She recommended two ways to get the items to the base: