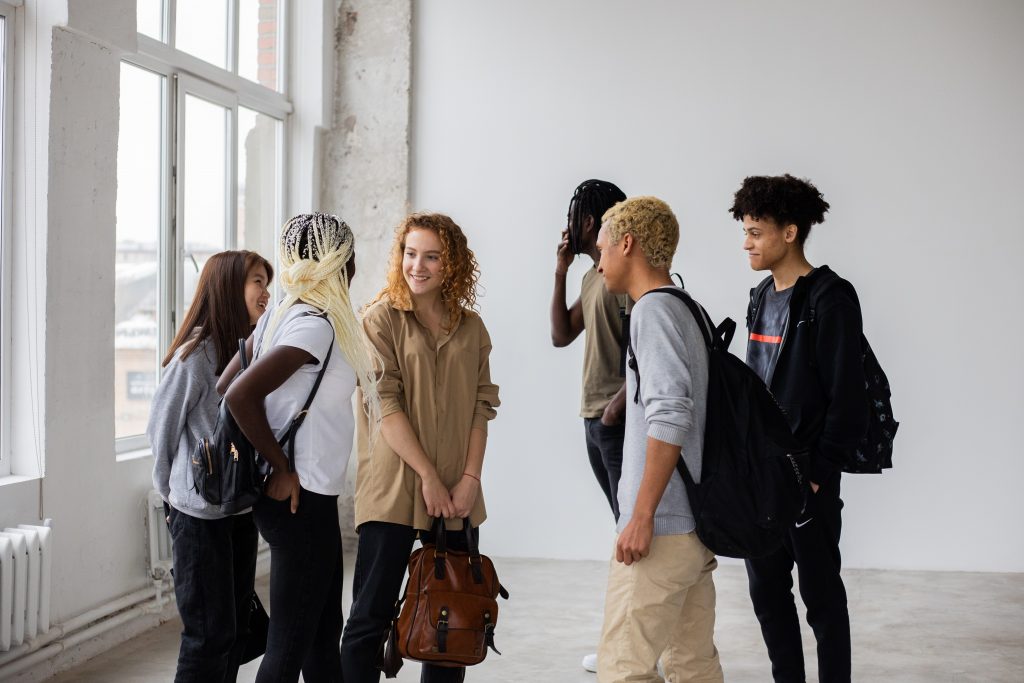 “We must address with prayerful determination the issues of race and class that threaten both public education and democracy in America…Local churches and all communities of faith must become better informed about the needs of the public schools in their communities and in the country as a whole.” – 2016 Book of Resolutions, #3165, “United States Public Education and the Church”

On May 17, 2019, the 65th anniversary of Brown verses Board of Education of Topeka, Bishop John Schol and 12 leaders from The United Methodist Church of Greater New Jersey stood with four other organizations to file a lawsuit against the State of New Jersey and the Board of Education to desegregate public schools in New Jersey. The Brown case was the U.S. Supreme Court landmark decision, 9-0 ruling that racial segregation in general and in public schools in particular is unconstitutional. The U.S. Supreme Court ruled that “separate educational facilities are inherently unequal.” Yet today, New Jersey ranks fourth in most diverse states in the nation and yet ranks in the top five most segregated school systems, ahead of what were once Confederate states.

“Even as our state grows more diverse, our education system is becoming increasingly segregated,” Bishop John Schol said. “From 2010-2016 an additional 20,000 children of color started attending schools that are more than 99 percent black or Latino. These trends harm everyone.”

For United Methodists, segregation in our schools has always been a social justice issue. As United Methodists, we believe that every person has the right to education and that the responsibility for education of the young rests with the family, faith communities and the government.

GNJ has been working with other desegregation advocates as part of the Coalition for Diverse and Inclusive Schools to end the huge disparities in New Jersey’s educational system for the past three years, joining the Latino Action Network et al. v. State of New Jersey et al lawsuit, which condemned the many years of complicity surrounding the segregation and government-sponsored policies like subsidizing suburban housing for White people while at the same time refusing to insure mortgages in racially mixed neighborhoods. Schol on behalf of GNJ has provided a three-hour deposition about the case, testifying that segregation hurts not only children of color but all children who are not learning together in an increasing diverse society.

It is anticipated that Superior Court Judge Mary Jacobson in Trenton, who heard the case in January 2020, will make a decision sometime later this year. The State, while acknowledging the racial imbalance, has not addressed integrating New Jersey public schools.

The statistics speak for themselves. Today, 88% of students in poor communities attend underfunded schools, compared with just six percent of students in wealthy areas, according to a 2019 analysis by the Education Law Center. Blacks are 5.4 times more likely to face out-of-school suspension, while Hispanics are 2.4 times more likely. The In 2019 66 percent of teachers were white women, but only 22 percent of the students were white and female. This unjust disparity in opportunity is creating generations of children with unfulfilled promises and children who feel ignored because of the absence of culturally-sensitive curricula and practices.

In an effort to give our youth a voice and a more hopeful chance of receiving the quality education they deserve, three social justice groups–The Inclusion Project, Salvation and Social Justice and the Latino Action Network Foundation—banded together several months ago to collaborate on a solution. Rev. Dr. Sammy Arroyo, pastor of First UMC Hightstown is the Public Education and Outreach Coordinator for Salvation and Social Justice.

To assist students to lead on the issue of integrating public schools, the team hired the youth-led organization, IntegrateNYC, who led eight weeks of workshops for 26 teenagers from all over New Jersey. Now known as the “amplifiers” or “torchbearers of hope,” the courageous team of 26 recently hosted a town hall called “Tomorrow is Too Late! Passing the Torch: Building our Legacy.” They shared stories, released sobering statistics and celebrated the little victories they have achieved in just two short months.

The group’s mission statement, “To create a safe and transparent space where we communicate, grow, collaborate, build community and leave a legacy of change” was flanked by harrowing stories of abject poverty, racism and an overall feeling of being invisible among their peers.

Throughout the event, Tyriq, Guilherma, Ningberi, Dedra, Vanessa and Yoselin invited the students to reflect on their own experiences in school to shed some light on how different the educational experience can be.

Imagine being that person who is called “thick lips” or “dark” repeatedly while you are trying to learn, socialize and grow as a person. For 18-year-old Bilkisu, this was a regular occurrence.

“My typical black features wouldn’t be so taboo if my school had more people who looked like me. People are not familiar with blackness so how can we progress as a society for everyone being equal if we still have people ashamed of their background.”

Echoing that feeling of not belonging, another student said, “I hated school. It was never the first place I wanted to go. Imagine yourself being a black student in a school with strict uniform policies, strict rules, no freedom and a lot of white superiors. You have a one percent chance of being you.”

“Being you” gets eclipsed by “getting by,” hiding behind a facade and even dropping out in many cases.

According to a 2017 report by the UCLA Civil Rights Project, children in New Jersey schools start out in schools even more segregated than in the later grades, affecting children in a period in which stereotypes have not yet formed and interracial contact is usually easy. Part of this pattern in the public schools is a reflection of the state’s excellent court orders providing high quality preschool for many students of color.

“Schools should be places of trust. Kids need to see themselves reflected in all aspects of schools,” Arroyo said, adding that it’s not enough to add a course on diversity into the curriculum or send Black students to White schools. It needs to be part of the overall fabric of education.

But Arroyo takes the crusade one step further.

“We as churches have a role in this,” said Arroyo. “After all, the church was instrumental in driving the Civil Rights Movement in the 1960s. It is our call as Christians to be good role models.”

While schools need to create policies that really make a difference and provide students with the protections and opportunities that students need to thrive, churches can also play a role by changing cultures, integrating and having liturgy that reflects the people we want to see.

“We need to organize and let our voices be heard. People need to understand there is a major problem,” said Arroyo.

The group’s next step is to map out a plan this summer that focuses on things like what an integrative curriculum looks like, how mental health issues need to be addressed and how should discipline change to be more equitable.

“Sit down with us to make this wrong right for our students,” said Arroyo, who added that he wants to be ready with a concise plan once that door is opened.