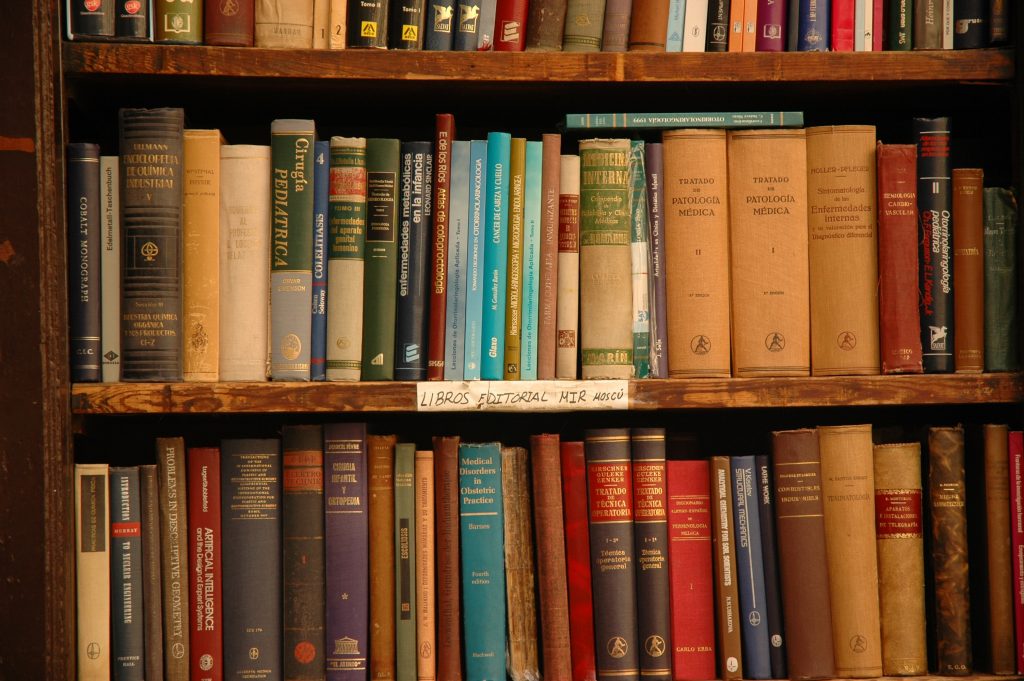 This month we recognize our mothers and how their love, compassion and courage shaped history and inspired those who follow in their paths. We also recognize the 2021 National Week of Action for Missing and Murdered Indigenous Women and Girls (MMIWG) from April 29-May 5, a week meant to draw attention to the violence and a strong call to challenge the silence, tolerance and inaction in response to the crisis of MMIWG.

Our Church Mothers contains seven, first-person letters from formidable historical women, including John Wesley’s mother, Susanna Wesley, who crafted for themselves roles of strategic importance in the history of Christianity. They also include Katharina Luther, first lady of the Reformation; Catherine Booth, co-founder of the Salvation Army; Mary, the Mother of Jesus; St. Clare, best friend of Francis of Assisi; Mother Teresa of Calcutta; and Judge Deborah, as a forerunner. The letters are meant to encourage today’s believers as they share their thoughts, feelings and daring experiences as they were led by the Spirit of God. Learn how these female leaders and their partners in ministry overcame tremendous challenges to bear fruit for the Kingdom of God.

Rev. Gwen Ehrenborg is a gifted storyteller who has an energetic style of sharing Biblical truths with a warmth and relevance upon a sound theological foundation. She has been writing, speaking and dramatizing compelling stories for over 35 years through her pastoral ministry and non-profit drama ministry, “Living Witnesses.” Pastor Gwen not only served five California congregations with her clergy husband, but also travels with her drama ministry portraying seven leading women of church history. Beginning in l984, these well researched, one-woman dramatizations have been enthusiastically received by Catholics and Protestants alike across America.

Mother Cox tells the story of Bertha Hummel Cox who in 1924 at the age of 56, left her comfortable life in Wisconsin to become a missionary for indigenous tribes in the Amazon rainforest. She had no idea that it would take nearly four years of frustrating delays and treacherous travels to reach her destination. Among her many challenges were months of isolation in a makeshift hut in a remote forest and a death-defying experience on one of the world’s most dangerous stretches of whitewater rapids. But finally, in her 60th year, Bertha began her ministry for people who she believed “would be made whole by the Lord’s grace.” This book follows Bertha’s path to the work that would occupy her life for the next 27 years. It’s a tribute to a woman whose remarkable accomplishments remind us that the only thing standing between us and our goals is fear…of the unknown, of sacrifice, of ridicule, of failure. Bertha was fearless, some might suggest insanely so, but her belief in being “protected by the Lord” never wavered and led her to a “mission accomplished.”

The fascinating story of Susanna Wesley, carefully documented, reveals an intelligent, strong-willed woman who suffered much in a male-dominated world but who prepared her children well. She never preached a sermon, published a book, or founded a church, but she is known as the Mother of Methodism. Excerpts from her letters and writings of her husband and children are included along with illustrations of furniture, paintings and other items used by the Wesley’s.

Arnold A. Dallimore was a Baptist pastor for 38 years and a successful biographer of Christian leaders. His books include A Heart Set Free: The Life of Charles Wesley and Spurgeon: A New Biography.

You Are Just Right: Celebrating the Beauty of Diversity

You Are Just Right, written by Joni Crimmins, is the story about a child’s reaction to the discouraging words of strangers. This gentle reminder that even though life seems difficult and unfair sometimes, everyone brings value to the world exactly as is. This little book prompts children and adults to think about words that can be thoughtless, hurtful, or unhelpful and to look for what makes each person unique. The story’s narrative creates an opportunity for parents and children to talk about everything from sensitive subjects like bullying to a fun and imaginative exploration of a child’s thoughts and dreams.

Missing and Murdered Indigenous Women and Girls is relevant in the news today, rightfully so with the staggering statistics of racism, indifference, and the lack of historical pursuit for justice. This novella is fictionalized accounts of what our Native American women and girls lived through and died by the hands of assailants of all backgrounds that think indigenous women are invisible. The gutsy, intelligent Native American tribal detective in this novel is teamed up with an FBI special agent who she has to teach the culture and family life of the people he’s sworn to protect but has barely been exposed to throughout his life.

Spirit Pass tackles an all-too-real issue that gets all-too-little attention – the disappearances of young women on Native American reservations. This concept alone ensures plenty of emotion for the piece and the novel does a good job of showing the full scope of those affected. This is especially poignant when we see old friends Agnes and Bernice who find themselves possible rivals following Claudia’s murder. That there are so many suspects for this killing is also a nice touch – this keeps us on our toes and guessing until the reveal in the climax. The script also does well to show the distrust of government on these reservations and how that can truly be a double-edged sword – it’s great not to have FBI in your business until you really need their help. Part of what makes SPIRIT PASS believable is the well-written dialogue that feels especially natural when it’s coming from the shadier characters, like Chet and Hunter.

Although she’s a South Dakota native, an enrolled member of the Sisseton Wahpeton Oyate, Angela Ellen Grey lived in Bensonhurst, Brooklyn, New York, on and off throughout her childhood. Currently, Angela resides in Eden Prairie, Minnesota, with the love of her life, Robert, their two bobtails, two Manx, and near their four adult children (their grown kids’ spouses), and a grandson.

In the Wind: The Beginnings of a Life Well Lived

In the Wind, 100 pages of inspiration for children and families, is an introduction to meaningful ideas, to encourage growth and a positive mindset on the journey of life. Full of affirmations and quotes that the entire family can enjoy, this book is inspired by the potential of five-year old Bailey and all children around the world reaching toward their dreams.

Women United for Change: 150 Years in Mission explores and celebrates the history of United Methodist Women and its predecessor organizations. As Blue says, “Women have done some of the most important ministry the church has ever accomplished.” This book shares the voices and stories of our foremothers, including the former denominations that now compose the United Methodist Church. Despite serious resistance from churchmen, these women formed foreign missionary societies to provide education and healthcare for women and girls internationally, and home missionary societies that tackled racial justice and other pressing social issues at home. They also helped establish the deaconess program, the first opportunity in our tradition for large numbers of women to perform full-time ministries of service and justice and opened the doors for women to take on leadership roles in many arenas.

Ellen Blue is the Biggs Professor Emerita at Phillips Theological Seminary. She has taught in the areas of women’s issues, the history of Christianity and United Methodism. She writes about New Orleans in the 20th and 21st centuries and about the work of Methodist women. She lives in New Orleans.

#NotYourPrincess is an eclectic collection of poems, essays, interviews and art from Indigenous women. Stories of abuse, humiliation and stereotyping are countered by the voices of passionate women making themselves heard and demanding change. Sometimes angry, often reflective, but always strong, the women in this book will give readers insight into the lives of women who, for so long, have been virtually invisible.

Lisa Charleyboy is a First Nations (Tsilhqot’in) writer, storyteller, editor and social entrepreneur. She is the editor-in-chief of Urban Native Magazine, which focuses on popular culture from an Indigenous perspective. Mary Beth Leatherdale writes and edits books for children and youth. In her books, she loves to share stories. Not conjured out of thin air, imaginative tales. Actual true accounts of ordinary people in extraordinary circumstances. Her work has garnered numerous accolades and awards. Mary Beth lives and works in Toronto. More information about her and her books is available on her website at www.marybethleatherdale.com.

An Indigenous Peoples’ History of the United States

An Indigenous Peoples’ History of the United States, the first history told from the perspective of indigenous peoples, challenges the founding myth of the United States and shows how policy against the Indigenous peoples was colonialist and designed to seize the territories of the original inhabitants, displacing or eliminating them. Spanning more than 400 years, this peoples’ history radically reframes U.S. history and explodes the silences that have haunted our national narrative.

Roxanne Dunbar-Ortiz grew up in rural Oklahoma, the daughter of a tenant farmer and part-Indian mother. She has been active in the international Indigenous movement for more than four decades and is known for her lifelong commitment to national and international social justice issues. After receiving a Ph.D. in history at the University of California at Los Angeles, she taught in the newly established Native American Studies Program at California State University, Hayward and helped found the Departments of Ethnic Studies and Women’s Studies. Her 1977 book, The Great Sioux Nation was the fundamental document at the first international conference on Indigenous peoples of the Americas, held at the United Nations’ headquarters in Geneva. Dunbar-Ortiz is the author or editor of seven other books, including Roots of Resistance: A History of Land Tenure in New Mexico. She lives in San Francisco.