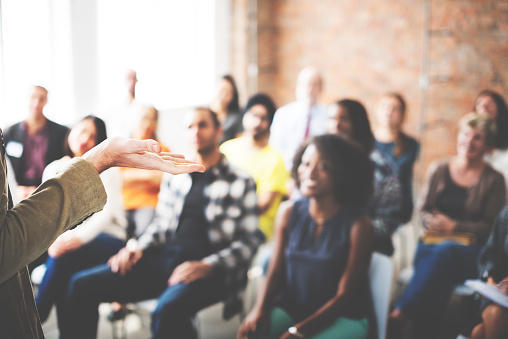 About a year ago I had the pleasure of speaking with John L. Jackson Jr., Dean of the School of Social Policy & Practice at the University of Pennsylvania. Dubbed the “world’s leading authority on social change” Jackson authored the book Racial Paranoia: The Unintended Consequences of Political Correctness, (Basic Civitas Books, 2008) and Impolite Conversations: On Race, Politics, Sex, Money and Religion (Atria books, 2014). We discussed our need to have impolite conversations in the Church so that we can make more disciples for Christ. He commented, “The issue isn’t that we are not talking about things enough, but that we are not talking about them well.” I agree.

How can we talk about race well? We first need to be willing to focus on becoming good listeners and learners that ask good questions, as opposed to aiming to do the teaching ourselves. This requires the humility Paul exhorts us to foster in Ephesians 4:2-7. Humility is an attitude that recognizes the worth and the value of other people and of learning from them. Humility is essential for unity. When we learn from one another, we can grow together.

Where can we start the conversation? We can start by giving safe space for talking and listening about race and very real issues surrounding race. Conversations of the heart are different than discussions that civil rights and policy activists train and lead. Church small groups can be a wonderful place to introduce and carefully structure such conversations and listening sessions that explore the topics of race and the subtleties of racism including Jackson’s ideas of:

Combating de cardio racism and racial paranoia demands admitting that they exist and allowing people to express their racial fears out in the open, no matter how seemingly unwarranted or intuited. Let’s get honest; we live in a world where people often don’t trust across racial lines, no matter how uncomfortable they feel about making that fact known in mixed company.

How are our small groups in Greater New Jersey tackling these topics? What are your experiences and ideas for leading such discussions? What is the challenge for you to lead such open heart to heart conversation about race issues? What would be helpful? Could you see using the Creating Safe Spaces for Sacred Conversations training we did at the 2016 GNJ Bishop’s Convocation for this topic? Let me hear from you.