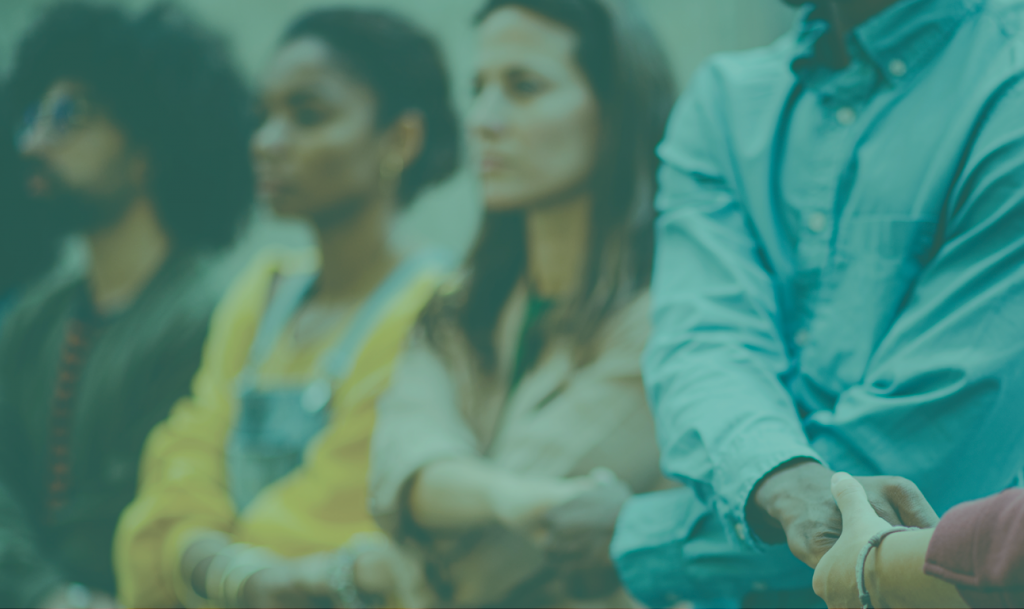 Since 1908 Wespath Benefits and Investments protected the safety and futures of others. They are diligent in their research on potential investments, adapting to social changes and responsibly choose their investments to be  good stewards of the United Methodist Church.

Although sustainable investing has long been part of Wespath’s fabric, the company recently has proven that an even broader perspective equals better performance for both their clients and the community as they have committed themselves to  condemning racism, making boards more diverse and investing in minority-owned businesses.

“Our primary responsibility as a fiduciary is laid out in the Book of Discipline. That’s our guiding light,” said Jake Barnett, who is manager, Sustainable Investment Services for Wespath. “Within that there is also an aspiration to support the United Methodist Church’s social principles.”

He added that Wespath’s goal is to build out the common ground between those two by creating a sustainable economic framework that helps support the transition to a sustainable global economy.

“We believe a sustainable global economy promotes social cohesion, long-term prosperity for all and environmental health,” said Barnett who added that this includes among other things access to basic human rights, good jobs, affordable housing and resilient ecosystems.

“We were doing impact investing before it was cool,” said Barnett.

As part of this program, Wespath has invested nearly $2 billion in affordable housing in the United States, leading to the preservation of more than 52,000 units, which benefits higher risk disadvantaged communities including the homeless and those people with special needs as well as seniors and veterans.

These  investments support communities who have traditionally been disinvested because of discriminatory lending practices  known as redlining that began in the 1930s. For decades, many banks denied mortgages to people, mostly people of color in urban areas, preventing them from buying homes in certain neighborhoods or getting loans to renovate their houses. In 1977 the Community Reinvestment Act was passed to discourage this discriminatory and debilitating practice and to encourage reinvestment in these disinvested communities. Investing in these communities helps to stem this tide that still exists today.

As part of the PSP program, Wespath invests in institutions that provide microfinance loans to individuals in developing regions—including Latin America, Eastern Europe, Southeast Asia and Africa—who have little or no access to traditional financial services. By stretching their outreach globally, Wespath is able to offer its participants a diverse portfolio that recognizes human rights throughout the world.

For the past 14 years, Wespath has also actively participated in the Principles for Responsible Investment, an investor coalition form by the United Nations in 2006 to promote the incorporation of environmental, social and governance (ESG) factors into investment decision-making. Wespath was the only faith-based founding signatory to the UNPRI, which it helped co-author and now represents over $90 trillion in assets.

Within the UMC’s Social Principles, there is a condemnation of racism and a call to embrace diversity. “The tie back to social principles is pretty clear,” said Barnett.

“When it comes to fiduciary duty, it’s actually pretty easy to draw that line as well. There is a lot of research out there talking about how more diverse boards, more diverse workforces tend to create more value for companies over time because you have more perspectives that challenge norms to create a more holistic view of obstacles and opportunities in the marketplace.” In early 2020 when the pandemic hit, the lack of equity became amplified, and Wespath was there to listen to those voices.

“We know that a “business as usual” response to COVID-19 will be insufficient, and we think the same thing can be said for long-term systemic issues such as climate change or social inequality, as has emerged amid global protests calling for racial justice in recent weeks,” Wespath’s CIO Dave Zellner said.

In response to this unrest and call for change, Wespath tightened its focus by joining the Human Capital Management Coalition to strongly advocate for healthy essential workforces.

“Diversity is one of the important tenets that is being supported through that work,” said Barnett who added that the work needs to be done at all levels of employment, not just the board level.

In congruence with this initiative to develop more diverse staffs, Wespath is also part of the Thirty Percent Coalition, an investor group focused on engaging portfolio companies to encourage gender, racial and ethnic diversity among senior leadership and boards of directors.

It is estimated that women now hold a little over 20 percent of the board seats in the United States, which is up from about 16.0 percent in 2017, but Wespath recognizes that encouraging more women and minorities into leadership positions remains critical in our era and given the fast-approaching challenges of the future.

Stressing the importance of investing in the growth of women and minority-owned investment managers for more than 25 years, Barnett said, “Wespath has always been motivated by the belief that these were managers who had different perspectives.” These diverse managers have also contributed some of the strongest long-term performance in the Wespath portfolio.

In fact, by mid-2020 Wespath funds invested more than $2 billion through women- and/or minority-owned investment managers.  These managers include  Baltimore-based Brown Capital, founded by  Eddie Brown, an African American who in 1983 was entrusted with $200,000 from Geraldine Whittington, former secretary to Pres. Lyndon Johnson.  Today, Brown Capital manages more than $12 billion in assets including Wespath funds.  Another is  Zevenbergen Capital Investments a woman owned portfolio manager that has consistently outperformed their peers.

Also in support of racial justice and its plight toward a sustainable global environment, Wespath continues to address environmental racism and its harmful impact on minorities. Wespath actively engages companies and public policy makers to promote environmental stewardship and sustainability.

Barnett said Wespath is investing in the just transition toward a low-carbon environment, actions that reflect the Social Principles’ philosophy that “All creation is the Lord’s, and we are responsible for the ways in which we use and abuse it.”

Throughout 2020 Wespath continued to bolster responsible stewardship through its words and actions.

In June, Wespath signed the “Investor Statement of Solidarity and Call to Action to Address Systemic Racism,” a measure led by the Racial Justice Investing Coalition, of which Wespath is a member, to address systemic racism through their portfolios, corporate engagements and policy advocacy. The statement said, “We recognize that the investor community has contributed to, and benefited from, racist systems and the entrenchment of white supremacy. We therefore take responsibility and commit to hold ourselves accountable for dismantling systemic racism and promoting racial equity and justice through our investments and work.”

Barnett added that Wespath is committed to amplifying Black voices and reinvesting in communities with humility and courage by making sound investments where they have the biggest impact toward equity.

“We are not at the end of our journey. We see lots of overlap between the UMC Social principles and fiduciary duty. There’s still a lot of work to do.”

To find out more about investing with Wespath through the United Methodist Stewardship Foundation of Greater New Jersey, contact Rev. Jana Purkis-Brash jpurkisbrash@gnjumc.org