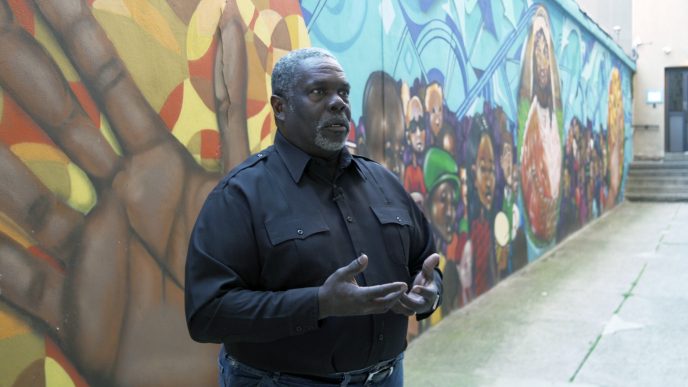 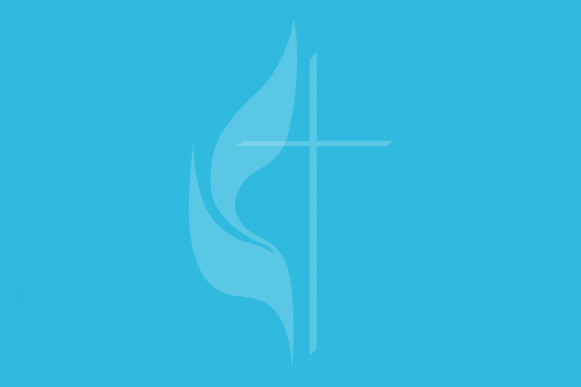 It was about 2:00 a.m. a little over a year ago when gunshots disrupted Trenton’s annual 24-hour Art All Night at the Trenton Artworks. Amid a display of enormous talent, relationship-building and healthy conversation, 22 people were injured, and one person died in a shootout.

Now imagine how different that picture looks when you introduce hope, a shift outward and a strong group of creative and courageous people dedicated to working together to uncover the vibrancy and vitality of a city.

“Two Trentons – An American Discussion” is a depiction of this transformation taking place in a city that is steeped in a rich history and poised to change lives one day at a time. The film, created by the producer/director team of Joe Hulihan and Brad Mays, chronicles the story of an American city in transition and the forces that are in control.

When the film’s executive producer, Yaniko Palis walked into Turning Point United Methodist Church on South Broad Street one day to see if the local church, with a congregation of about 50-60, might consider hosting a viewing of his small film, he never expected the greeting he would receive.

Pastor Rupert Hall, who has been affiliated with the Turning Point UMC for the past 12 years, starting as a lay person and then as its pastor for the past three, said the decision to say yes was an easy one. When asked about “his church,” Hall promptly replied, “It’s not my church. I’m just lucky enough to be its steward.” He added, “We want the city to know we’re here to contribute to its life.”

On the warm evening in June, two members of the congregation helped usher guests from both sides of the Delaware River to their seats. Another member, Triniece Robinson-Martin, who also happens to be the church’s creative arts director as well as a faculty member at Princeton University, sang Sam Cooke’s “A Change is Gonna Come,” and composer, John Negus played the saxophone.

“It was a serendipitous connection,” said Hulihan, who recalled how the active participation from the church’s congregation further enhanced the message that he and his fellow filmmakers were trying to convey.

The filming, which began in 2017 at Art All Night, took an unexpected turn on its last day of filming that summer night in 2018 when the violence ensued. It prompted the organizers to move away from the around-the-clock schedule, but it also provoked the filmmakers into taking a different look at the film’s narrative and the impact that it could make on its audience.“We never expected to be filming for as long as we did,” said Hulihan who is also on the board of directors of the nonprofit, Mercer Street Friends. “But a lot of things just came together, and it was an opportunity to show this city in a raw, unbiased way.” The last day of filming became the opening scene of the film.

“Two Trentons – An American Discussion” introduces us to many of the people who are shaping the future of this American city like Abdul who owns the Trenton Coffee House and Roland Pott, an entrepreneur and places like the Candlelight jazz club and Champs, which provide refuges and places of inspiration for people who live there. Ultimately, the film offers a hopeful view that a troubled city can reinvent itself.

Helping in a large part to shepherd in that reinvention has been the Turning Point UMC. One of the oldest churches in New Jersey, Turning Point was named in 2007 following the merger of the First United Methodist Episcopal Church, also known as “the Mother Church,” and St. Paul’s UMC.

“We’re dedicated to being a relevant church with a heart for the city. It’s all about establishing relationships, doing what Jesus did,” said Hall, who is a former commercial banker and lawyer. He said his calling came in 2013 when he was asked to lead a church. He was the pastor at Groveville UMC in Trenton for three years before coming to Turning Point.

Now six years later, Pastor Hall is driving Turning Point UMC toward making a difference in its community by collaborating with local nonprofits through job fairs, seminars and food pantries. From delivering groceries twice a week through the nonprofit, A Better Way, and serving breakfast every Saturday to almost 200 people with the congregation of Urban Grace, to hosting holiday concerts, mayoral debates, health education events and a race relations seminar, Turning Point is now a strong force in its community.

“We don’t have a lot of money, but we have assets,” said Hall, citing location, space and parking as sustainable solutions to problems plaguing the city. Hall, who is the president-elect on the board of the affordable housing project known as Kingsbury Towers, estimated that approximately 200 people come through the church’s doors every week. No one is ever turned away.
When asked how he and his church community deal with violence in their community, the Baltimore native said, “You have to be vigilant. We are rooted in the community. The arts are leading the way, and Turning Point is a part of that.”

Since the viewing of “Two Trentons – An American Discussion,” the old church with a century-old organ in the center of town has continued to make great strides. Most recently the church collaborated for six weeks this past summer with Freedom School in Trenton to offer a mentoring program for the city’s youth.

“They come to us for hope,” said Hall. “Our doors swing on open hinges.”

Director, Co-producer and Editor Brad Mays is an award-winning independent film maker and stage director. His works include the feature films “The Watermelon” and ”Road Rage.” He is an outstanding documentary film producer/director with many credits including “The Audacity of Democracy”, “Aiden’s Butterflies” and “SING*ularity”. Brad lives and works in southern New Jersey.