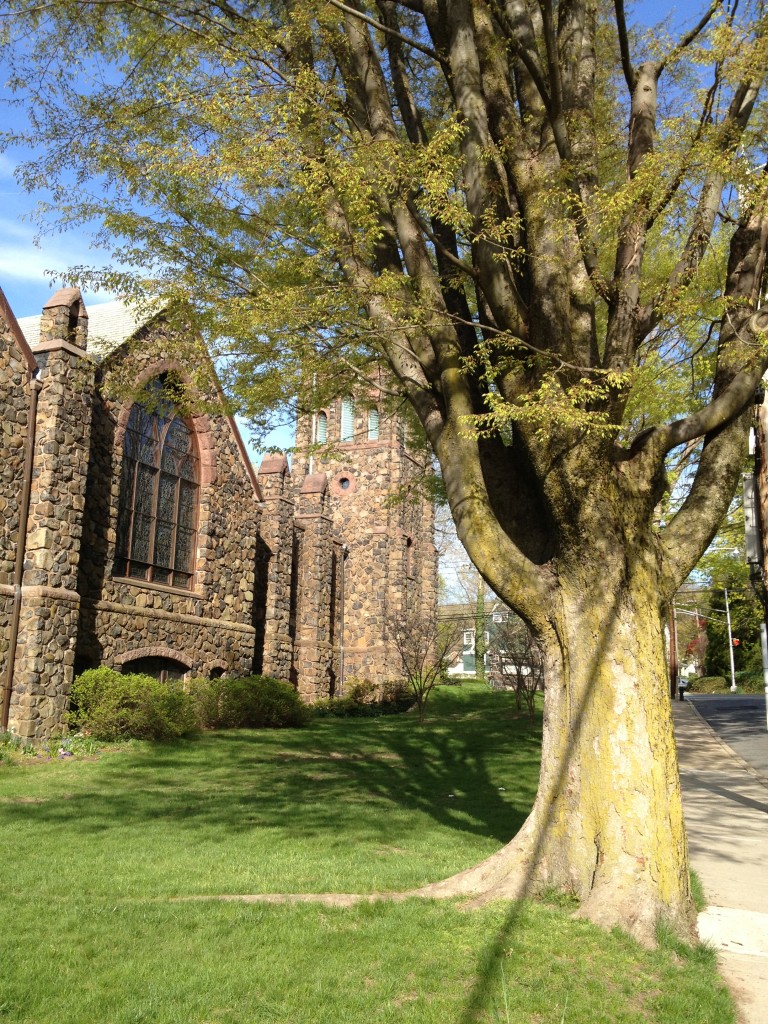 One Syrian refugee knew what it was a like to help others in need. Now, thanks in part to Morrow Memorial United Methodist Church, he knows and appreciates what it’s like to receive help in his time of need.

This Syrian refugee, a former successful businessman in Damascus, was reunited with his wife and three children in the U.S. just before Thanksgiving. The man who spoke on the condition of anonymity for this story was lucky enough to have a work visa to reach the U.S. while fleeing for his life nearly two and a half years ago. He now feels more fortunate to have a family again thanks to the kind people in the Maplewood, N.J., congregation.

“Without the help of this church, I did not have a chance to do anything,” the refugee said. “They made everything possible.”

The refugee said it was not only the material things that Morrow provided, like food, clothes and a place to live that mattered, but the caring and emotional support that means a lot to him and his family, which arrived the day before Thanksgiving.

“When they came here, I didn’t have any resources to support them,” he said of his family. “I tried to bring them here as soon as I could, but it was very complicated. The United Methodist church told me this is your family and we are your friends also. They are dealing with us like we are the only family in the world. They are the best of friends for us. We are now healthy and have good schools and are sleeping in a warm place.

“Everything here is very comfortable.”

The refugee and his family had been living what he says was a comfortable life in Damascus. But being a business leader and someone who was trying to help widows and children in the war torn region, he became a political target for the Syrian regime.

“He developed a program to help widows from the war there,” said Morrow Memorial member Dean Nielson, who is the church’s co-chair of the social outreach committee on refugees. “The thing that got him in trouble was he was using his assets to create support for widows and their families.”

The troubles for such people can come in almost an instant in Syria. According to First Friends New York New Jersey Director Sally Pillay, who also played a major role in the refugee’s relocation in the U.S., males are targeted there and it’s even possible for them to be pulled from vehicles and taken away.

“I spent 25 years building my businesses and in a half hour they took everything,” the refugee said. “In our culture, the man goes to work and the woman stays at home. The man is the main supporter for the family. During this crazy war, a lot of men have been killed and a lot of families remain without any support.”

And so within that half hour, the refugee’s family became one of those needing support. His wife and three children, between the ages of 5 and 15, constantly relocated to safe havens for more than two years. According to the refugee and Pillay, if the father/husband flees for safety, the family is often targeted as way to lure the male to return.

“Whether it is for the government there or to be a part of ISIL (Islamic State of Iraq and the Levant), they still want the male to fight for them,” Pillay said. “They can pick you up and take you and you just disappear and the family doesn’t know where you are.

“He was more in danger than his family at that point in time. The family was also in hiding. They lost everything.”

While the refugee’s wife and children were constantly on the move, he was also constantly worried about their safety, not even knowing if they were alive during his first weeks in the U.S., which he spent homeless in New York City.

He eventually gathered enough change from the street to purchase a phone card to call a friend, who said he had seen the refugee’s family alive. Then the refugee remembered a friend in Canada who wired him enough money to survive and get support from an organization for transients in New York that helped him communicate with his family for an hour once a week. He found a public library in New York where he was allowed to use a computer and connected with a lawyer who started the process of asylum.

“The lawyers told me that that we had a case and that they support human rights,” he said. “I told them the first priority was my family, but they said they couldn’t do anything to get them here until I was granted asylum.”

He was granted asylum in the U.S. after a little over a year and then the refugee’s family had to travel to the American embassy in Lebanon to file paperwork to come to the U.S. It was another eight or nine-month process for his family to be approved by American immigration.

The week of Thanksgiving, he had a big reason to be thankful when he met his wife and children at JFK Airport in New York.

“When I saw her at the airport I was trying to stand on my feet and I cried a lot,” he said. “I kneeled and kissed her legs in front of all the people in JFK. I told her the things you did, is something no human on this planet can express his love for.”

His wife is now getting some well-deserved rest.

“She did a very miraculous job,” he said. “She did lose a lot of weight. She is very tired. I try to keep her sleeping and healthy. If you look into the news, there are a lot of people trying to find a safer place. We consider ourselves a lucky, lucky family.”

His wife, who cannot speak English, has been especially grateful for the people at Morrow Memorial.

“She told me what she got from the United Methodist Church makes her forget all of the suffering,” he said. “This is really what we believe in. The hugs and smiles, everything came from the heart. We love them very much.”

The refugee, who is working on resumes and plans to begin a job search soon, said he cherishes what he and his family have now.

“We spent a night there at Morrow and there were about 100 people at the service,” he said. “Everybody hugged us and had a smile. We are very proud to have such friends.”

They are also happy, for the first time in nearly two and a half years, to have each other.

“The first day my family slept here in America and I looked at them sleeping, I thought there are no more nightmares,” the refugee said. “This is some kind of miracle.”