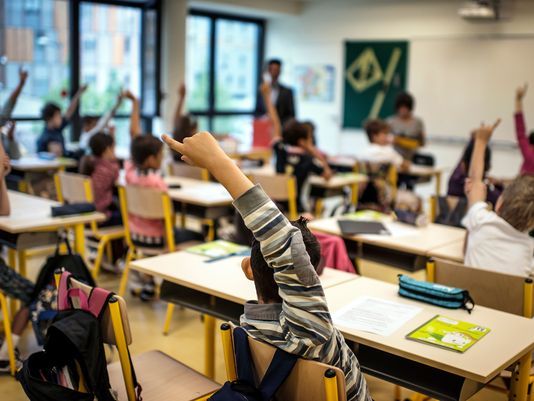 School segregation is an issue that affects all children. This editorial by Bishop Schol in The Asbury Park Press is urging lawmakers in Trenton to take the lead on this issue.

We are not preparing our children well for the future.

Although New Jersey boasts some of the best schools in the country academically, we rank in the top five most segregated school systems. Segregation disadvantages children of all races.

When children of color and children from low-income families learn in an integrated setting, they have higher test scores, attend college at higher rates and attain higher-paying jobs.

When white children and children from middle – and high-income families learn in an integrated setting, they enhance social and emotional skills while expanding their world views.

The benefits of an integrated setting extend beyond test scores and classrooms. A diverse setting also helps students, who learn best when they have the opportunity to interact with children from different backgrounds. In my own public education, I experienced this first hand.

Even as our state grows more diverse, our education system is becoming increasingly segregated. From 2010-2016 an additional 20,000 children of color started attending schools that are more than 99 percent black or Latino. These trends harm everyone.

Too many children are denied an equal opportunity because of our education system. The system hurts all children, and particularly children of color, who are too often segregated by both race and poverty. More than 80 percent of black and Latino students attending racially segregated schools come from low-income families. Their circumstances should not be barriers to receiving a high-quality education. It is time for this inequality to end.

We need to end racial segregation within our schools and provide an integrated learning environment for all students.

Poverty and segregation are serious issues confronting our school-aged children and their families. I know this first hand. I was fortunate to attend an integrated high school and experience the importance of racial reconciliation in my career. Working in Philadelphia, I helped build affordable housing and organize communities battling poverty and racism. We found we worked well together, and in the midst of our differences, we found a path forward and embraced integration.

With the change in administration, New Jersey is poised to take the lead and create a model for an integrated school model that reflects the rich culture and diversity throughout our state to benefit all our children.

New Jersey has long led the way in providing resources to poor urban districts – like Asbury Park, which invests almost twice the state average per pupil. Under the leadership of Lamont Repollet, who served as superintendent from 2014-2017, this investment in students made a difference in their lives. The graduation rate grew from 49 percent to 73 percent over the course of his tenure. Repollet had a vision to advance the district and improve performance – work he is now taking on statewide as Gov. Murphy’s acting education commissioner.

Because of his work in one of the state’s most segregated districts, I urge Repollet to take the lead on addressing the root causes of school segregation. By leading the state to break down educational segregation, he can help New Jersey celebrate our diversity by helping our students from all racial and economic backgrounds achieve success.

Strong, sustained leadership from elected leadership in Trenton will help bring an end to segregation. Our leaders already have the framework to implement change. The New Jersey Constitution, one of the strongest in the country, prohibits segregation of public schools, as do several decisions by the New Jersey Supreme Court. New Jersey enables segregation by requiring students in segregated communities to go to the school where they live and by drawing boundaries that further segregates as a result of demographic shifts.

The Murphy administration, together with the legislature, already has powers to foster integration, including altering school attendance boundaries. Patterns of institutionalized segregation can be broken by the use of magnet schools, the introduction of inter-district attendance programs and the revitalization of the defunct office within the Department of Education which provided assistance to districts to work on integration. Seemingly small administrative changes, such as making technical assistance available to school districts interested in integrating, helps us move toward an education system that embraces our diversity.

The founder of Methodism, John Wesley, spoke often about the crucial importance of education. The United Methodist Church recognizes that “education is a right of all children and is affirmed by Scripture which calls us to ‘train children in the way they should go.’” All people, regardless of color, religion or economic status, deserve access to a high-quality education.

The governor, working with Repollet and legislative leaders, has the power to live this vision of education equality for our students and their future. It is at the heart of achieving social justice in New Jersey to provide opportunities for all children – no matter their race – to succeed.

Bishop John R. Schol serves as head of the New Jersey Area for the United Methodist Church, overseeing 550 congregations. He is based in Neptune.