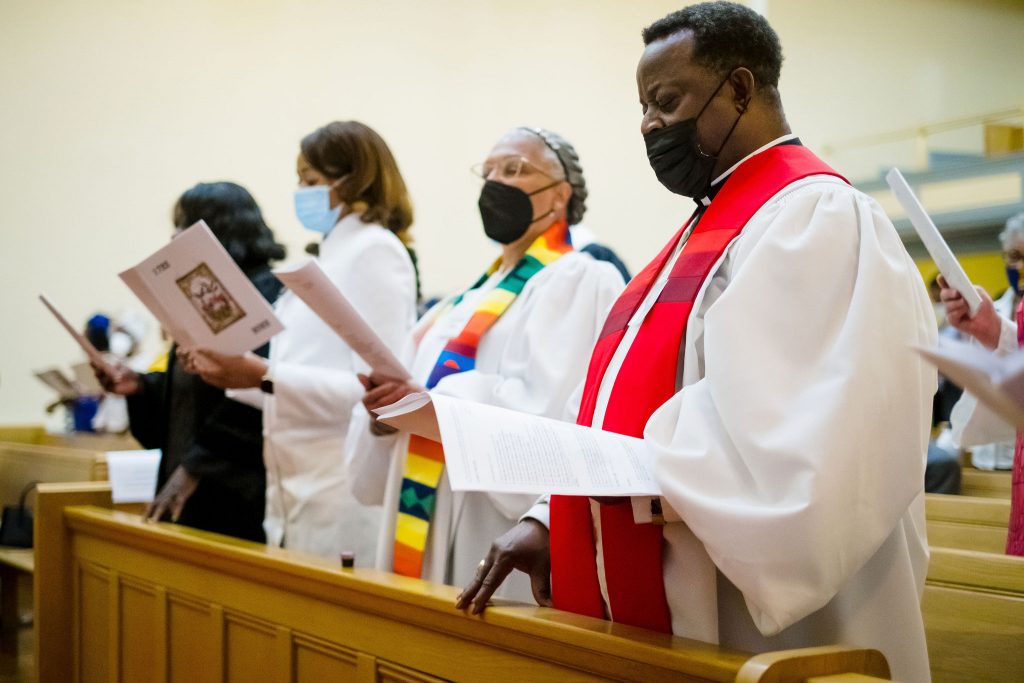 A gala celebration was held at Turning Point UMC in Trenton, NJ on Sunday, May 1 with the singing of hymns written by early Methodists, Charles Wesley and Samuel Sebastian Wesley. They included “The Church’s One Foundation” as processional, “And Are We Yet Alive” and “Rejoice the Lord is King”.

It marked the 250th Anniversary of the beginning of First Methodist Church of Trenton. That church is the ancestor of Turning Point UMC, a story featured in the April edition of The Relay.

Pastor of Turning Point, Rupert A. Hall, Jr., lead the worship service and welcomed all to this historic event. District Superintendent of the Central District, Hector A. Burgos lead with the opening prayer, followed by an inspiring message by Bishop John Schol, emphasizing the joy of having the church celebrate 250 years in Trenton.

Additionally, the Mayor of Trenton, W. Reed Gusciora was in attendance and offered words of congratulations.

Pastor Hall recognized the Johnson family, a family of long standing at the church, beginning in the 1950’s. This past month the oldest member, Mrs. Eva Johnson, 94 years of age, went to be with the Lord.

Following the service, a reception was held in the fellowship hall, including a special anniversary cake which all in attendance enjoyed!