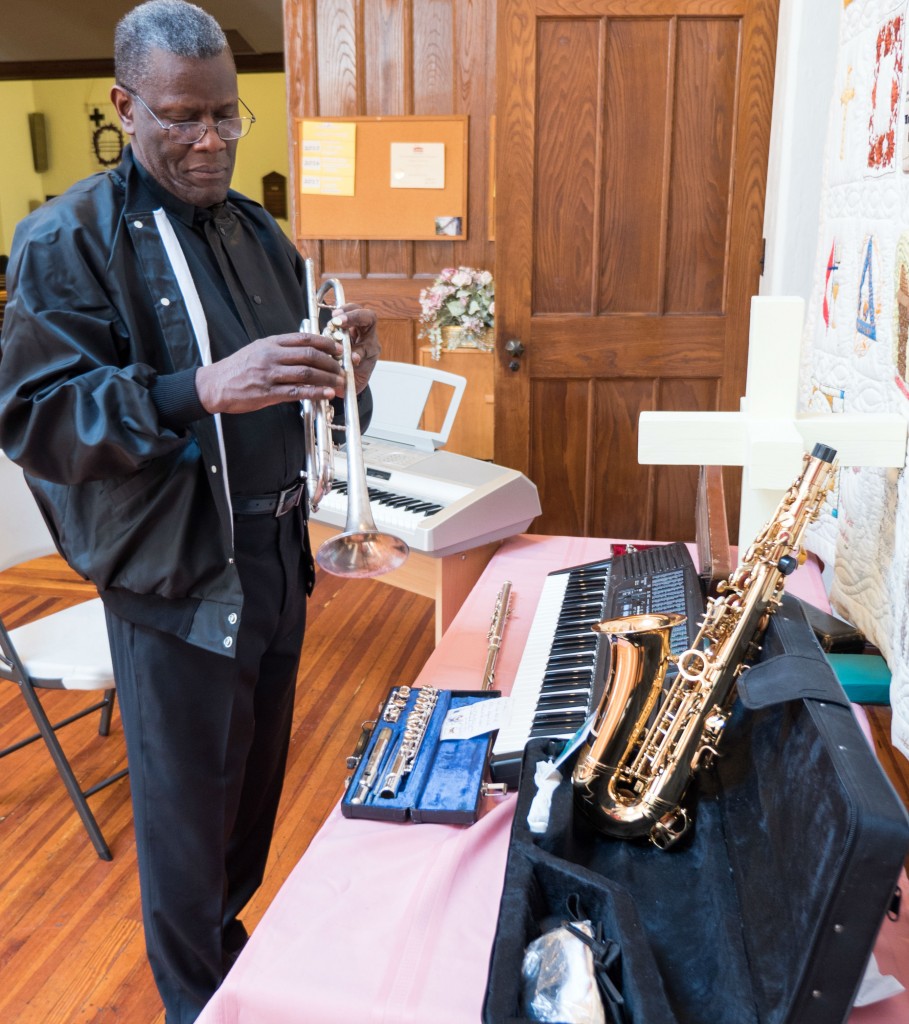 ASBURY PARK – Rev. Sony Augustin loves his native Haiti and loves music. However, the pastor at First UMC in Asbury Park sometimes doesn’t like the music he hears during two yearly visits to his homeland.

So Augustin has decided to do something to try and change the sound that at least some Haitians regularly make and hear. He has started collecting musical instruments so they can be sent to schools in Haiti. Augustin’s Haiti music instrument mission is just beginning, but he hopes it has a long lasting and positive influence.

“Some music degrades people and some music uplifts people,” said Augustin, who has been in the U.S. for 30 years, and the pastor at First UMC for 15 years. “We want music that uplifts people.”

Augustin has aligned with the Petit-Goave and Duplan United Methodist Churches in Haiti as places to send the instruments. The churches have also arranged to have a music teacher give lessons on how to play the instruments. Augustin points out the reason it is important to teach music in churches is because each church also has a school. But it is rare for a child of any age in Haiti to have a chance to learn to play music.

“When a child has a musical instrument in Haiti, it is like a gift from God to them,” Augustin said. “It is not so common there and they cherish that instrument.”

Augustin said much of the music in Haiti has been created in a culture that has long been influenced by voodoo. That in turn, says Augustin, has a negative influence on society there.

“When I go to Haiti and listen to music from Haiti, the secular people, they just take over the music,” Augustin said. “They are playing the kind of music that is not what you want to hear in your churches or be heard by your family.”

Augustin also points out that many of the churches schools have as many as 1,000 students as they teach from about age 5 up through the 12th grade. He says they are anticipating the instruments’ arriving.

“I have talked to the students,” he said. “They are excited to know the program is coming to the church.”

Augustin says the instruments can get to Haiti in a variety of ways. Some of the smaller ones, such as several flutes that he already has, can be packaged in one box and mailed. Others, he said, can be taken as luggage to Haiti as he knows several people who make the trip to Haiti each year. Augustin said the goal is to deliver as many instruments as possible to Haiti before school starts in September.

He already has about a dozen instruments, which doesn’t include some that have already been sent to Haiti as he started the collection about a year ago. Some of the items he has in hand now include two keyboards, a saxophone, a trumpet and a few flutes, including one from a friend in Georgia.

“Hopefully,” he said, “they will eventually be able to organize a small band for the churches and schools.”