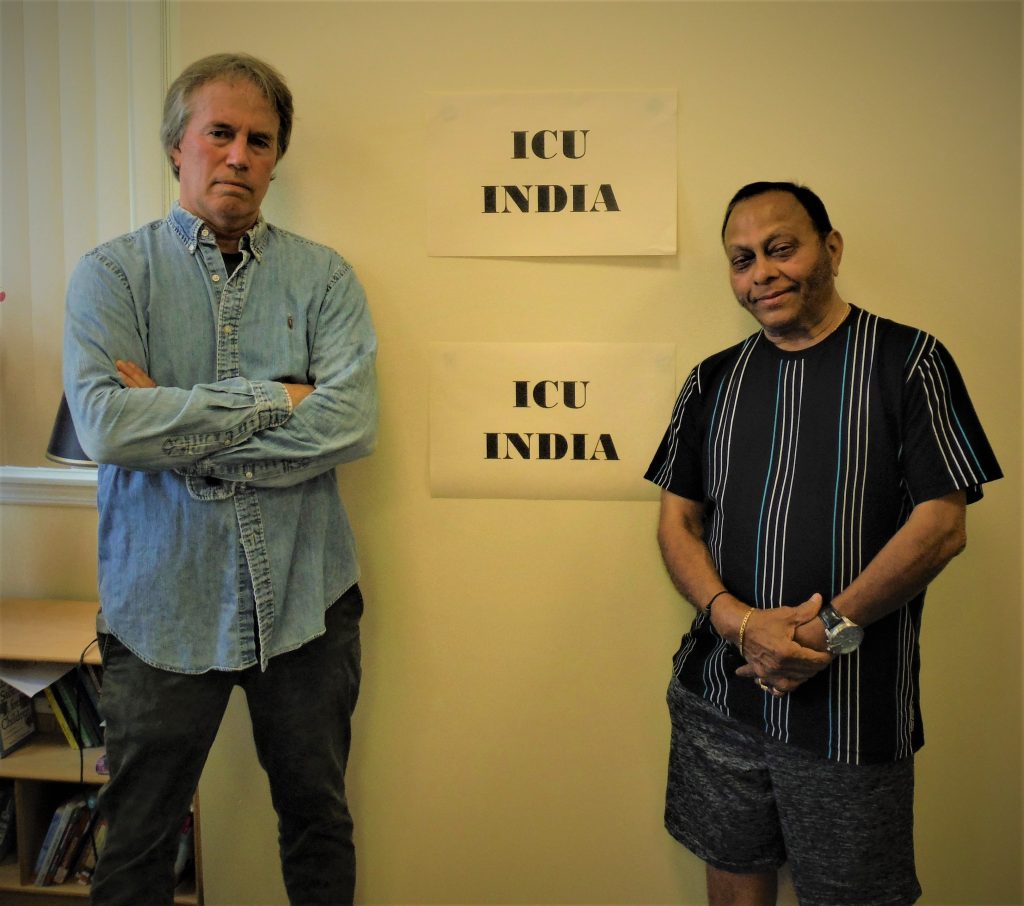 “The wound is the place where the Light enters you…you have within you more love than you could ever understand.”–Rumi

In early May it was reported that an average of 120 people were dying each hour from COVID-19 in India. About 400,000 people were infected. More than eight thousand miles away, a family at New Dover UMC in Edison grieved for 14 family members who were among the dead.

“They are suffering, and they can’t be there for each other,” said 70-year-old Robin Christian, who said the deaths in his family have left a 16-year-old and 13-year-old orphans.

“They found 250 bodies floating in the Ganges River. There’s no oxygen and no resources for testing,” said Christian who noted that a Christian church in Maninagar, where his wife is from, rings the bell each time a life is lost, and that bell has been ringing 5-7 times per day.

Following widespread elections, Indian religious festivals and misinformation, India’s national healthcare system buckled under the pandemic’s second wave in April, as the nation became the global epicenter of the pandemic amid a high unemployment rate, rampant poverty and a lack of transportation. For over two weeks, the number of deaths recorded per day exceeded 3,000. On April 22, India recorded what was then the highest daily increase of cases in the world since the start of the pandemic, with 314,835 new infections. Since then, the country has added more than 300,000 cases a day. That includes a record 414,188 new cases on May 7 alone.

“When we saw what was happening, we knew we needed to do something,” said Rev. Chuck Coblentz. “When one of our member families hurt, we all hurt.” He added that this family was among several others at his diverse church who were grieving lost family members in India.

Knowing that time was of the essence, the church created a GoFundMe page to raise the $38,000 needed to outfit an entire ICU room in a hospital on the southeastern coast of India where a bed shortage was one of the main reasons for the staggering number of deaths. An ICU unit includes a bed frame, mattress, linens, pillows, respirator, iv stand, monitors, pulse oximeter and a blanket warming device.

In a country, which despite being a quarter the size of the United States yet has four times the population around 1.4 billion, the Christian Medical College & Hospital of Vellore (CMC) is a beacon of hope. The organization currently serves more than two million patients each year.

Its mission for more than 100 years has been to “seek to be a witness to the healing ministry of Christ, through excellence in education, service and research.” Known for never turning anyone away, CMC is a medical center founded by an American missionary, Ida Scudder in 1900 who at only 20 discovered that God was calling her to serve the women of India. She returned to the U.S. to become a doctor, graduating in the first class that accepted women at Cornell Medical College in 1899. She established an institutional structure for transformative learning to deliver equity in healthcare that is both patient-centered and population-based.

New Dover UMC knew that CMC, with more than 100 satellite locations throughout India, would be the recipient of its fundraiser. The Vellore Christian Medical College Foundation’s Director of Church Relations Deepika Srivastava and President John Riehl stepped in to help make this happen.

“As we’ve taken up the challenge to help CMC ramp up its ICU capacity to care for patients, our faith-based partners have responded to this “Kairos” (Kairos is the Greek word that describes an opportunity to respond with God’s empowerment to those in desperate need) moment with urgency and unwavering support,” said Srivastava who experienced first-hand the “Compassionate Care” that is synonymous with CMC when she was born there.

Throughout the hospital, in addition to a commitment to excellence in care, there are Bible verses on the walls and a large chapel that opens its doors to all visitors, said Srivastava, who added that each morning there are Bible studies and hymnal singing in the hospital.

She added two of CMC’s doctors have also joined a recently formed national task force to address the health crisis. CMC is also in the process of building a maternity and neonatal hospital to accommodate the gaps in healthcare for women.

“But I am amazed to see how the faith-based community has stepped up,” said Srivastava, who noted that 100 percent of the proceeds of New Dover’s fundraiser will go toward patient care. “God’s light continues to shine amid all the darkness.”

For Christian, whose father was a Christian minister in Brooklyn and who now helps distribute food to the homeless in Elizabeth, the fundraiser is a sign of hope amid so much misery. Exacerbating the health crisis has been a wave of Black Fungus, which has developed from the sharing of oxygen tubes and mismanagement of medications like steroids. This affects all vital organs and is making people even more fearful about going to the hospital, said Christian.

Coblentz said this mission gives his church the opportunity to broaden its outreach from feeding about 1,500 people each week in its community for the past year to saving lives in India.

He noted that all money raised will be given to CMC, including any donations received after the new deadline of June 30.

“Now Christians and Hindus are working together to help people heal,” said Coblentz. “It’s also our way to spread the Gospel in India.”

A video can be seen here, and donations can be made here.