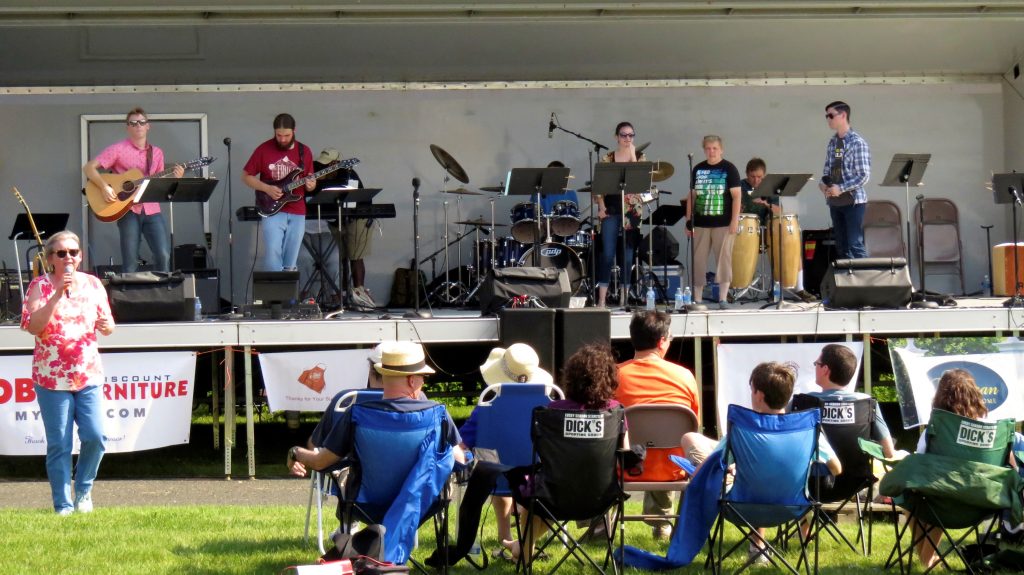 PISCATAWAY – The weather was gorgeous, the air filled with lively music, and kids were laughing and playing all afternoon at the fifth annual MusicFest of Praise on June 10. Hosted by the Christ UMC of Piscataway, the event is meant to raise awareness as well as gather donations for local food pantries.  This year’s donations were directed to the Rutgers Student Food Pantry, as well as the Angel Tree Program. Admission to the event was free, but attendees were asked to bring donations of non-perishable food items. Many local businesses chipped in with sponsorships and donations, and organizers said this year’s event was “a huge success.”

Christ UMC firmly believes that they are called to heed the command of Jesus in John 21:17 to “feed my sheep.” With this in mind, they are very active in supporting various food pantries such as Fish, CUMAC and the Rutgers Student Food Pantry. They have also launched their own food ministry called Sheppard’s Shelves which distributes food to the community. They have partnered with the Angel Tree program which provides physical and emotional support to families with a member in prison. At the end of the school year, they collected donations of pantry staples so that these families could continue to feed their children once they were out of school. About four times a year they host a communal dinner at the Church of Epiphany in Orange for people in need.

Five years ago, members of the food ministry wanted to raise awareness for the hungry within their community, and so MusicFest of Praise was born. Throughout the years, they have tried different concepts and activities to garner attention to their cause. This year, they decided to stick with four local but diverse praise bands for the entertainment. The lineup included the church’s band, Messiah’s Quest; a Filipino band called Rhyme and Praise; Break Ministry, a youth-oriented band; and the Piscataway Praise Singers, a local Indian band. The adults in attendance thoroughly enjoyed the show while the children played in an inflatable game area.

Big name sponsors this year included Bob’s Discount Furniture and the Home Depot, who set up and organized a craft project for the kids. Many local small businesses were sponsors as well and even donated gift cards to the food pantry. Steve Latus, a member of the organizing committee, said that their support is what made this year’s MusicFest one of the most successful they’ve ever had.

“For an event like this, you want to put a good plan in place, well in advance. And you want a good buy-in from the congregation,” said Latus. “We had 50 volunteers from the community helping us out with organizing as well as on the day of the event. We reached out to our local businesses, and the response and desire to help were overwhelming. We couldn’t have done it without them.”

This year’s event drew a few hundred people, and organizers are hoping next year’s crowd will be even bigger. MusicFest of Praise continues to bring people together for a day of fun and positivity while raising awareness for the struggle of others. Unfortunately, hunger is a serious issue in the community, and Christ UMC of Piscataway is forging forward to fight it. To get involved with their food ministry or find out where you can donate, please visit their website at www.christumcpiscataway.com.

Kamelia Ani is a freelance writer and photographer as well as a full-time journalism major at Brookdale Community College. She is most interested in telling the stories that make ordinary people extraordinary.