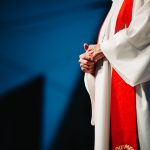 We had an important GNJ Special Session of the Annual Conference this past Saturday in which we praised God through spirited worship, reduced the shared ministries to our congregations for 2019, extended the deadline for nominations for General and Jurisdictional Conferences delegates, approved a team to look at how we will be in ministry with the LGBTQ community and shared in a prayer and anointing service. I am grateful for the way the conference members worked together. We continue to make progress toward a healthy, vibrant mission in GNJ.

While the evaluation of the Special Session is very positive, a number of individuals raised concerns that I’d like to address. The first was about the amount of legislation we acted upon. Regretfully, there was a lot of legislation for the session which shortened the time for conversation about the recent General Conference. The conversation we did have was rich and meaningful. I was deeply moved by the vulnerability and transparency of congregational leaders. It was also clear that many in GNJ are disappointed, hurt and even angry by the recent General Conference decision.

We also received feedback about the One Church buttons that were distributed by individuals in the registration area. We were unaware that buttons were going to be passed out and we did not authorize them to be passed out.

The action we took to create a GNJ Way Forward Team received overwhelming support and was significant in moving us forward. We established a team to identify how we will support congregations and their clergy in different contexts to be in ministry with the LGBTQ community. On Saturday, we heard impassioned stories that included hope for full inclusion of the LGBTQ community. Others had concerns about people not following the Book of Discipline. The newly formed team will need to explore how we will encourage and respect theological differences so that ministry will be shaped contextually and guided by different interpretation of scripture.

The following are links to information and resources from the March Special Session of Annual Conference:

Jeremiah 29:11 prophesies: I did not bring you to a place of destruction but a future with hope. As we remain rooted in Christ, centered in scripture and guided by tradition, reason and experience, we will experience a hope-filled future together.