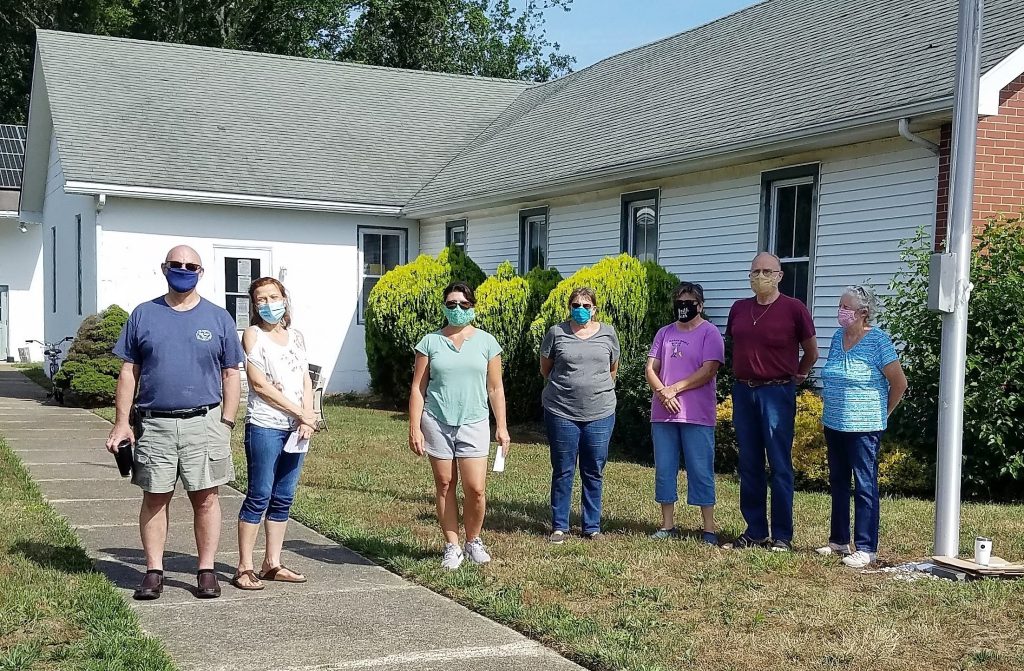 “There is more happiness in giving than there is in receiving.”—Acts 20:35

Thousands of years ago, a tabernacle was the portable place of worship God commanded the Israelites to build after they were rescued from slavery in Egypt. According to the Bible, the “tent of the congregation” was where the divine and earthly realms met and where people’s lives were transformed through giving.

Far from the original tabernacle in a small New Jersey town in Cape May County with a population of only about two thousand called Erma, there is another place where lives are transformed for those seeking refuge called Tabernacle Basic Blessings (TBB), a ministry by Tabernacle UMC that provides basic necessities to those who need them most.

“It was designed to reach out to those who are struggling to afford basic necessities to their families,” said Brenda Church who leads the ministry and continues to foster its growth.

“We’re a well-rounded ministry,” she said, adding that in addition to basic needs, they also tap into their clients’ social, spiritual and emotional needs.

“We have developed a community where people help people. We refer to each other as friends,” said Church, who has grown up at the church, first entering the sanctuary of Tabernacle UMC when she was only three.

Tabernacle Basic Blessings began in 2017 after one of the adult Sunday School classes finished a study in the book of Acts. The church’s United Methodist Women’s group wanted to apply the compassionate and caring lessons that they learned from the study and put it into action. The result was a modern day “Acts Ministry” to the Lower Township community called Tabernacle Basic Blessings.

Although only one person showed up on that first day in 2017, the ministry has since grown to serve an average of 40-45 families the third Saturday of each month at 10:00 a.m.

As the pandemic bared down on the southern New Jersey community in 2020, Church and other Tabernacle UMC volunteers transitioned from serving from the original store-like environment to creating bags filled with 12 things that are loaded into each car as the clients arrive.

Church noted that the whole congregation participates in TBB, donating their time, money or items to be included in the bags, which are filled with things like diapers, wipes, toothpaste, shampoo, toilet paper, laundry detergent and deodorant.

In addition to these basic necessities, the people of Tabernacle UMC have recently started adding a devotional as well as a prayer list that also gets shared with the Sunday school classes. They have also provided services such as a Thanksgiving Communion as well as healing and prayer services in an outside tent when the weather was warmer.

“Pastor is on call and offers prayer to anyone who makes a request for a prayer,” said Church who added that she is grateful for the opportunity to help others. “I grow from it too. I get a blessing every time.”

Brenda Church has been spreading blessings throughout Tabernacle UMC for over 50 years, serving in the choir, teaching Sunday School and helping out wherever the greatest need was.

“Brenda is one of my heroes at Tabernacle,” said Rev. Glenn Scheyhing who has been serving the church for the past seven years. “ I pretty much just show up each month and make a few deliveries. Brenda is the “worker bee” (and our Queen).”

Scheyhing, with a humble heart, relishes those opportunities when he can support his congregation and just listen to their stories. On Sundays, he can often be found in the sanctuary strumming on a guitar and singing, a talent he shares perhaps from his days many years ago when he was a radio missionary on a tiny island in the middle of the Pacific Ocean, in a region known as Micronesia.

Scheyhing, a Moorestown, NJ, native whose circuitous journey found himself as a missionary for 13 years for Trans World Radio before becoming a pastor, recalled one such story of a client who was so grateful for what he was receiving that he gave of all he could, leaving an envelope filled with 56 cents.