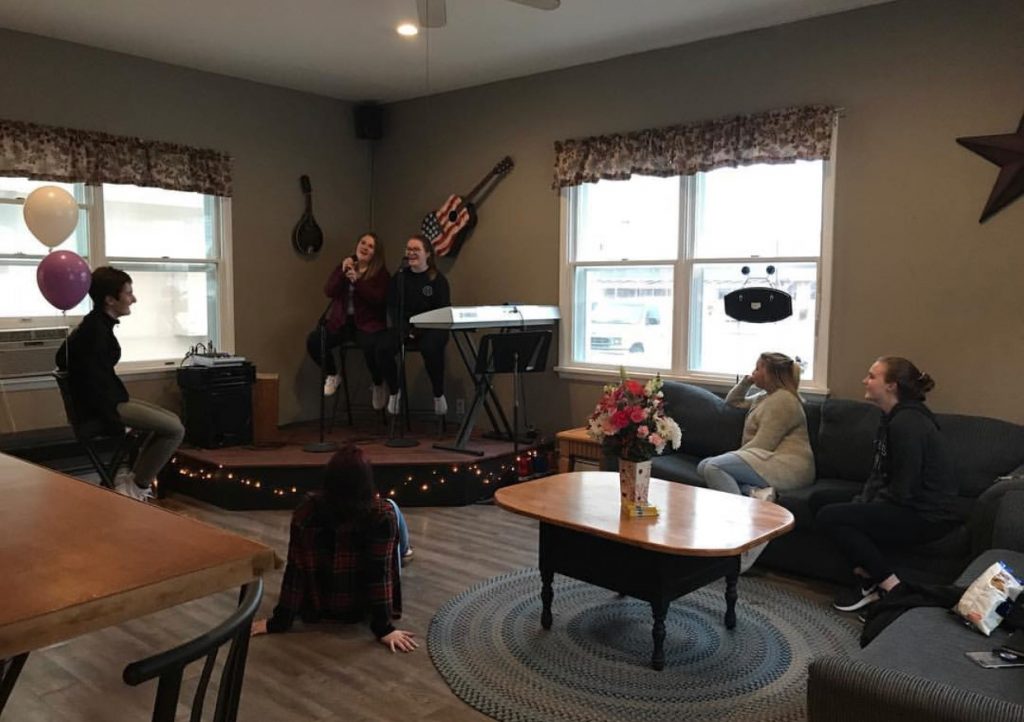 SEA ISLE CITY – Abby Waid, a junior at Stockton University and member of Sea Isle City UMC had an idea of providing activities for young people, ages 14 through 20, and a place for them to hang out that would be safe and free from the temptations of alcohol and drugs.

The island of Sea Isle City lies just south of the resort town of Ocean City and is a sleepy beach town with a year-round population of a little more than 2,000. During the summer the population swells to nearly twenty times its year-round population, with many young people enjoying the beaches during the day with limited activities after dusk.

Waid shared her vision with her parents, Pastor Melissa Doyle Waid and Travis Waid and together they drew up plans to take two of the unused nursery school rooms at Sea Isle City United Methodist Church and recycle them into a Coffee House Ministry called Matt’s 18:20, based scripture from the book of Matthew which reads: “For where 2 or 3 are gathered in my name, I am there with them.”

Waid made an eye-opening presentation to the administrative council on March 19, 2017 complete with graphics and expense projections. The council voted unanimously in support for this new and exciting community ministry. At the end of the meeting, donations such as furniture, materials and finances were promised for startup. Most of the hands-on work was provided by Waid, her friends, brother Micah and sister Gabby under the guidance of her father.

While the Coffee House was being rehabbed Pastor Melissa and her daughter met with the Chamber of Commerce where the vision for Matt’s 18:20 was presented. Not only did the Chamber unanimously lend their support but many donated money, furniture, coffee and espresso machines and other restaurant supplies. On June 15, 2017, a ribbon cutting ceremony was held for the soft opening of Matt 18:20 and was attended by congregants, Sea Isle City Mayor Lenny Desiderio, and members of the local police force. On June 27, the mayor and city council recognized Waid’s coffee house ministry and awarded her a commendation.

This year, Waid has expanded Matt’s 18:20 to include a game room with the addition of another renovated room equipped with a pool table, ping pong table, air hockey game and a snack machine- all donated. Waid plans to expand even further with the help of future Eagle Scout, Troop 76, Jacob Bryan who will be redesigning the area from a nursery playground into a young adult’s fresh air game room.

Pastor Melissa has added a new Saturday evening outdoor worship on the front lawn of the church; the busiest road in the heart of the city. This “out of the box” contemporary worship features a wide variety of artists talented in dance, theater and music.

SICUMC’s regular Sunday worship is held at 10:00 a.m. in the sanctuary, and the congregation invites the community and summer vacationers to come in, introduce themselves and enjoy a “cup of Joe” with a tour of Matt’s 18:20.