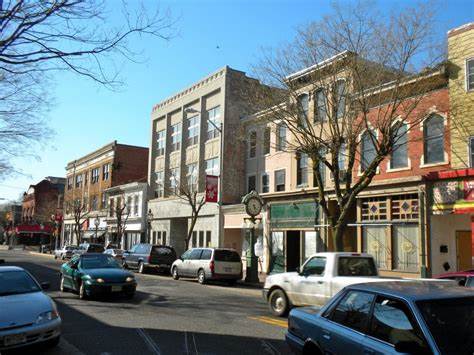 “Humankind has not woven the web of life. We are but one thread within it. Whatever we do to the web, we do to ourselves. All things are bound together. All things connect.” (attributed to Chief Seattle of the Suquamish and Duwamish Tribes)

Cities are not always places with skyscrapers and busy streets. Some cities are much quieter with tree-lined streets, a smattering of barns and chock full of rich history and stories—qualities that may work to disguise the underlying inequities and struggles that many of their citizens may be facing.

Bridgeton, NJ, is one of those places. Founded hundreds of years ago by indigenous people, most notably the Lenni-Lenape Native Americans, the city of more than 25,000 on the Cohansey River in Cumberland County has undergone many changes over the years.

But interspersed amid the Victorian architecture, farmland and lush parks is a poverty rate for more than 30 percent of the city’s population, most of whom are minority, including a large Latino population. The pandemic further amplified this over the past year for those who were most vulnerable, including refugees and migrant workers.

St. John’s Fordville, which is GNJ’s only Native American church and is one of the city’s historic sites having been designated one in 2017, serves the large population of Native Americans that still live in the city after seeking refuge in the 1800s and 1900s when children were being separated from their families and sent to boarding schools.

For more than a year, the church has been a beacon for feeding the hungry, feeding more than 400 families each week and giving away much needed supplies like clothes and household goods. They also facilitated the census and helped people register to vote.

But when the opportunity arose to apply for a Mustard Seed Migration Grant from UMCOR, St. John’s Cynthia Mosley, who has been leading the food ministry effort along with the other ministries, knew that her church needed to apply in order to help her community. UMCOR was awarding Mustard Seed Migration Grants of up to $2,000 to 50 United Methodist churches in the United States to engage in new, one-time community-based service projects focused on refugees and migration.

As Mosley considered her proposal, she also knew that she needed help, so she solicited the help once again from Donny Reyes, an 18-year-old Mexican American resident of Bridgeton and member of St. John’s UMC who has been helping distribute food to the town’s Mexican community for the past year.

“This young man told us one of the first items immigrants purchase is a cell phone, which they use for almost everything from grocery lists to legal documents. He said his search for food would have been so much easier if resources were on one website,” said Mosley.

The duo came up with “Empower Cumberland,” a local online resource directory designed specifically for the community of Bridgeton. The website was launched in late July.

“Bridgeton has one of the three largest Mexican and Central American immigrant populations in the Delaware Valley,” said Mosley who is also the chair of the staff parish relationship committee, an Annual Conference delegate and is leading the jurisdictional Committee on Native American Ministries.

“Vast farms continue to need laborers to harvest the acres and acres of produce. Workers and their families arrive needing survival resources.”

The project creates a user-friendly resource that takes advantage of Google Translate, a built-in translator, so that it is accessible to all. Information in the directory is grouped by type, such as housing, food, employment, immigration matters, legal aid, health care, etc. Details for each resource include hours of operation, services provided, cost, location and other pertinent information.

During its first two months, the Empower Cumberland tool will be marketed first to a group of 25 mixed  age immigrants with a request for feedback. Feedback will be addressed, and the tool will be marketed widely with a $10 incentive gift card from Walmart or ShopRite for the first 150 users.

Additional incentives like discounted services, sample products and coupons will be requested from those resources that are featured in the online directory.

Although the grant calls for the program to last six months, Empower Cumberland will continue after that period with volunteers who have agreed to maintain the website.

“Immigrants and refugees will have an instant all-in-one resource directory easily accessible from a cell phone upon enrollment. Services will be at their fingertips. It will be step toward independent living in their new home community,” said Mosley, who added that the addition will also benefit the St. John’s congregation.

“Church members will become more familiar with the large and growing Central American and Mexican population and their needs. We  went to the community and asked what they needed. This act itself was a step in appreciating the needs of the new families.”

Many of those who will be helped by this new website will be those who have also benefitted from the church’s Food Giveaway. Growth in both areas will likely grow in tandem.

Mosely added that they plan to develop a partnership with Complete Care, the most frequently used healthcare source used by the immigrant community.

One obstacle that has hampered the sharing of resources is the spotty internet service in the community.

“Technology is a big step for our church. Our rural church is in an internet  desert, but we expect that to change soon with the  improvement  and expansion of an internet provider in the church neighborhood,” said Mosely.

“We anticipate new technology skills to develop. With this growth, the knowledge of the immigrant community will grow. The immigrant families seem to relate well with our indigenous families and vice versa, so we can see our cultures blending in social activities like our pow wow and their festivals.”

St. John’s congregants, some of whom are bilingual or work in settings where they have direct contact with families or the social workers who work with the targeted families, will recruit participants during the food and clothing giveaways.

Those unable to work directly will be dedicated prayer warriors.

Donny especially knows how poverty and leaving your homeland can impact families, having immigrated from a rural community outside of Mexico City.

“Donny has become a presence in our church family,” said Mosley, who added that in addition to food distribution, he is also assisting the youth leadership at the Conference level, most recently participating in a video describing Next Gen youth activities.

Mosley recalled when she first met Donny in his neighborhood while delivering food.

“He found us on the computer when his uncle was hungry and disabled. We met him in his neighborhood and from then on, we have become partners.”

Donny, a quiet, bright and ambitious young man, was part of an experimental education cohort where 50 youth attended college and high school at the same time. This past spring, he graduated with a high school diploma and an associate degree, all while taking care of his younger brother so his mother could go to work.

The teenager who dreams of working in finance and possibly running for office one day is heading to Rowan University in August to finish up his remaining two years of college. With a bachelor’s degree in finance in hand, Donny wants to be an investment banker so he can start a nonprofit and impart what he learns about financial literacy on his community.

Donny along with Cynthia and Byron Francis of St. John’s formally introduced their new website to the community at the church on July 31. Those who decided to sign up on the website that day not only received gift cards, but they also opened the door to new opportunities for a brighter future ahead.