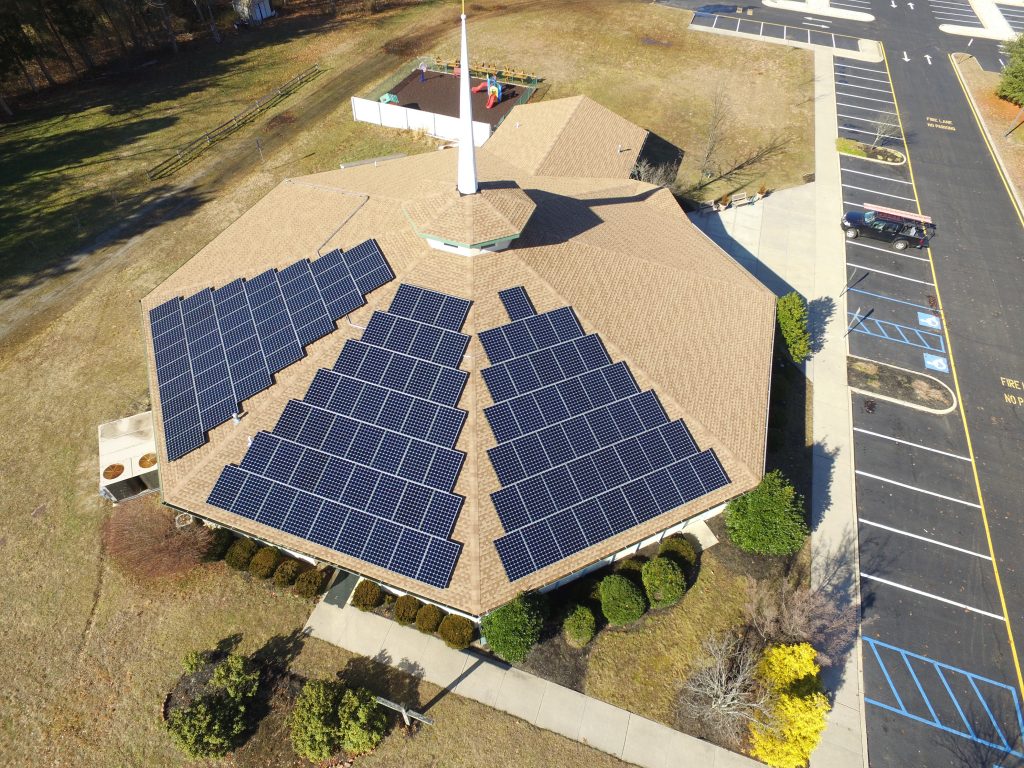 As part of their commitment to being good stewards of the earth as well as setting an environmental model for other churches, Jackson UMC in Jackson Township has officially gone solar. What initially began as a conversation about a potential project in 2011 has now come to fruition.

“Our solar energy was installed within the first two weeks of 2017 and was turned on January 30th,” according to Jackson UMC Pastor Joe Tiedemann. “We are estimating saving $200.00 to $300.00 per month on our electric bill which is redirected into funding our vision and programs. Over the course of the next 15 years, we estimate over $50,000 being poured into ministry and mission.”

Tiedemann said that the solar project was revisited in March 2016. One of the church members, Paul Herink, initiated the plan and gathered all the information and bids for the ten-month project.

“Our Board of Trustees discussed the potential for solar. They gathered research and evaluated every aspect of the project from the aesthetics to environmental impact. Financially, we discussed several options to pay for the project and finally decided to go with a Purchase Power Agreement (PPA),” he said.

Jackson UMC has nearly 300 members and about 125 people who worship each Sunday. Tiedemann added that “we looked at several other churches but PPA is a pretty standard option.”

Tiedemann continued that the advantage for the church was that there was no outlay of money for the system and a reduced electric bill.

“After a few months of discussion within the Board of Trustees and then the whole church, we requested permission from the District Superintendent and the District Committee on Building and Location. Once we were granted approval, we began by appointing two people to head the project to receive bids for the project. Don Smith and Paul Herink communicated with over 20 solar companies,” he said. ” Once they narrowed the field down, they presented the Board of Trustees and the church, Sea Bright Solar. Sea Bright was unique because we met directly with Brian Kelly, president of the company, and they provided the church with the greatest savings and were genuinely interested in helping us with our mission and our vision.”

Tiedemann said, “I think this makes sense for every church and parsonage. It reduces the carbon footprint and allows churches to repurpose the money into their ministry and into their vision.”

Jackson UMC, a family-oriented contemporary Christian church, was formed in the early 1990s by a group of people from various small churches in Jackson Township. The congregation met in Switlik Elementary School in the township until the current building was built in 1999-2000.