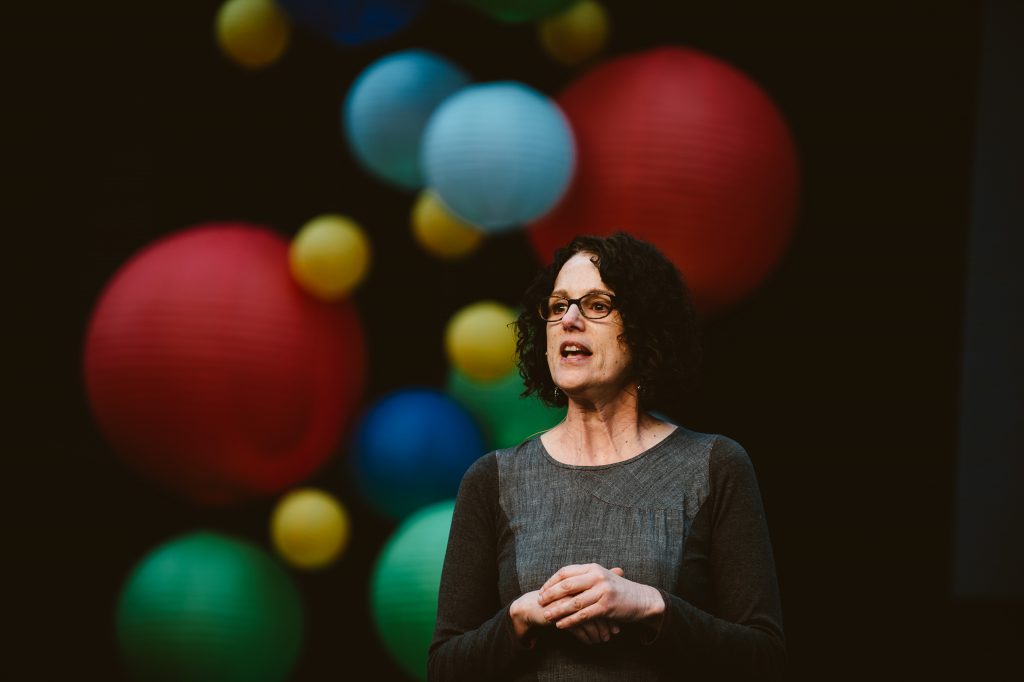 (Wildwood, NJ) – How racially diverse was your neighborhood growing up? What messages did you get about race from your neighborhood? What does it mean to be white in a society that proclaims we don’t see race?

These are some of the provocative questions that anti-racism expert, Dr. Robin DiAngelo asked those who had gathered for Greater New Jersey’s Annual Conference in Wildwood on May 23.

In 2015, Greater New Jersey committed to a ten-year plan to address cultural competency and eradicate racism.  DiAngelo  was invited to speak to the conference to broaden the discussion about racial justice.  She led the  plenary session  a workshop.

Offering his own experience of privilege, Bishop Schol noted that he recognizes that his voice is often heard in a way that other voices are not. “When I became a bishop, my status changed and suddenly it seemed that my jokes were funnier and my sermons were better. Even though my jokes and my sermons were the same, the perception was different.”

On a more serious note, he said, “I am aware that people address me or move me into leadership before others in the room who are more qualified. That’s what we call privilege.” He continued, “It’s bestowed on me because of my title, ethnicity, race, and gender.”

The Barrier of White Fragility

According to. DiAngelo, whose scholarship is in white racial identity and race relations, one of her goals is to address the sense of fragility on issues of race and to help white people receive feedback with “revolutionary grace.” When she later asked workshop participants who were people of color to share a positive experience about giving racial feedback to a white person, the response in the room was nervous laughter.

“White people are necessarily limited on their perception of race,” she said. When talking about racism, she suggests that white people often respond from a defensive position because society teaches that racism is “bad.” She said, “We believe that to be complicit with racism and to be a good person is mutually exclusive.”

However, one problem with being afraid to confront racial injustice is that it “colludes with someone else’s oppression. Your silence is maintaining white solidarity,” she said.

DiAngelo explained that racism is a form of institutional oppression.  It is an all-encompassing system that works on multiple levels  in education, politics, media and popular culture.   “When we look at the interlocking network of barriers, you can predict what will happen,” she said.

Even though many people believe they are taught to treat everyone the same regardless of race, DiAngelo stated the reality is that by age three or four children understand the power of whiteness. Noting that churches are ten times more segregated than the neighborhoods they are in and twenty times more segregated than the public schools in their area, she pointed out, “This idea that we are ‘color-blind’ does not hold up because we see racist systems at work across every institution. By every measure, across every institution, there is inequity.”

According to DiAngelo, white fragility functions to block the challenge of racial stress. One of the triggers that challenge white fragility is when people of color talk directly about race, which is often perceived as a challenge to white racial silence.

Because this fragility is a barrier to a racially just society, DiAngelo suggests resisting the sense of feeling attacked, silenced, or shamed and to get beyond good intentions. “All white people are invested in racism. Denying it doesn’t resist it,” she said. “How can we rewrite our underlying beliefs into an anti-racism framework?” she asked.

Instead of responding with defensiveness, shame, or anger DiAngelo suggested responding from a place of humility and gratitude. “When we begin to reflect, listen, and engage, we get stronger, recognizing that we didn’t choose it but we are responsible for it.”

From the white pastor who said he only had two African-American students in his high school, to the Haitian pastor who didn’t recognize U.S. racial inequality until she went to college in the states, to the retired white man who says he now understands why it was harder for him to connect with an African-American colleague, participants welcomed the opportunity to discuss their experiences and build deeper understandings.

Jose Cardona, a youth director at Wesley UMC in Trenton, shared it is important for church leaders to understand and begin to break down the dynamics that get in the way of racial justice. He noted that the youth in his group often segregate themselves by race and leaders must be intentional about bringing them together.

Greater New Jersey  is one of the most diverse conferences in the denomination. The objective of the 10 year cultural competency plan is to leverage the diversity of United Methodists in the region to have deep conversations, shift attitudes and perceptions, and build up what Dr. Martin Luther King Jr. called, “the beloved community.”

He announced, “Over the next ten years we will actively work for greater cultural competency among clergy, laity, and conference leadership in order to eliminate racism and grow our ability to engage cross-culturally. This is a lifetime journey.”

Conference delegates and visitors were asked to submit their hopes and suggestions for the United Methodist Church to the GNJ task force to help develop the 10-year plan on cultural competency.

Bishop Schol shared with the conference, “All of my life I have received images and phrases and messages that reinforced white privilege. I am not living with the fullness of who God created me to be. The images, voices, and messages we have received have damaged us, resulting in a very narrow worldview.” He offered encouragement saying, “There’s good news. We don’t have to continue to live that way. We have a God who is a big God and ready to work with us.”