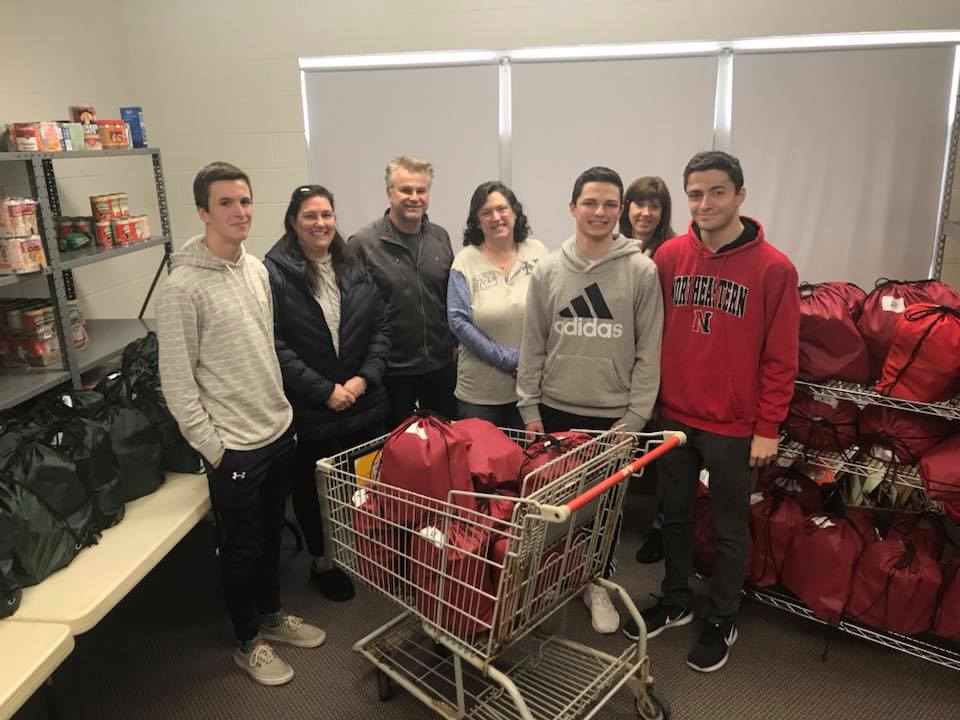 MIDDLETOWN – They have just finished delivering their 30,000th meal and would never have guessed how much goodness could come from a program that was launched a little over four years ago. What began as a small project in the living room of Andrew Denton and his sister Maddy in 2013 has grown today into a full community- service undertaking and they could not be more proud. For this brother and sister team who have spearheaded the Goodness Now program at Middletown United Methodist Church, continual faith has proved to be the constant cornerstone.

“We had seen how much devastation Superstorm Sandy caused in our area,” said Andrew. “One of the stories that struck my sister and I was how important it was to get the schools open because so many children depend on free or reduced lunch programs for daily nutrition.”

In New Jersey, over 400,000 children depend on the program for their daily meals. The siblings talked about the program with Doherty and shared their desire to do something local in the Monmouth County area. The church selected the program as one of its ‘3 Miracles.’ Work began in finding a school, partnering with the community, choosing a name, researching and gathering the resources to initiate the project with the mission to provide food-challenged families in the local community with six meals each weekend.

The Denton family stepped up to initiate a backpack delivery program with the church as Andrew and Maddy’s father Steve dubbed the program “Goodness Now” because of what he considered the immense amount of goodness occurring in their midst and through their initiative.

Goodness Now is similar to Blessings in a Backpack, a national organization that provides backpacks and meals to kids on reduced or free lunch programs. However, Middletown UMC replicated this in the local community, adopting Ocean Avenue Elementary School in Middletown.

He added that although Goodness Now is similar to Blessings in a Backpack in delivering backpacks with meals to a school, programs like Blessings can’t cover all of the needs that exist.

“We decided to do this on our own for a couple of reasons,” said Steve. “First, it allowed us to get hyper-local in our own community. Second, it allowed us to get people to our church involved in shopping, packing, fundraising, and delivering and third, we are packing meals in our backpacks for families vs. just trying to feed one child.”

The group’s research showed over four people in a household were dependent on backpacks. They decided to focus on delivering more food and wanted 100% of funds to go toward purchasing meals without administrative costs.

“Our program allowed us to do just that,” added Steve.

Currently the program is limited to the school year but Denton seeks to expand to year-round.

“It’s amazing how fast these four years have gone by,” Andrew said. “I remember personally packing the second backpack we ever did. My sister did the first one in our living room. Now we have a whole team of people helping with the program.”

A steady group of 20 to 30 church members and friends help with Goodness Now on a regular basis.

“The main jobs involve deal-hunting and shopping. We have a group of four awesome shoppers who spend a ton of time at our local grocery stores,” said Andrew. “Then there is a group managing inventory, staging and meal-planning for the backpacks. Our church has dedicated a room for the program and it looks like a mini food bank. The youth group alternates with congregants who pack the meals. Finally, our church’s Women’s group delivers the backpacks each week to the school. Over the years, we have also received help from various Girl Scouts and other community based groups to pack meals and donate groceries. It really is a community effort for our church and without the time these friends have so graciously given, we would not be able to run the program.”

The program is supported by a combination of Middletown UMC grants awarded over the years, individual donors, online funding campaigns and food donations from groups, companies and friends. The food is non-perishable and each backpack has two breakfast, two lunch and two dinner meals. Also, weight is considered because there are six to nine-year-olds bringing these bags home. The food is typically pastas, cereals, rice, vegetables and soups.

“Goodness Now is helping our church community and the Bayshore area of Monmouth County by providing nutritious meals to families in need,” said Dougherty. “Our partners in the local school identified the families in need and we are honored to partner with them. Many people have been blessed through this ministry and many have been encouraged to help and serve their neighbor right next to them as a result it. There is a whole lot of goodness happening!”

As Andrew reflects upon the importance of Goodness Now and the value it has had within the local community, he said he continues to be amazed at how much they did not know when they first started the program.

“We stepped out in faith with our family and the church when we agreed to support 25 families for one year back in 2013,” he said. “Since then we have expanded the program to 50 families and deliver 300 meals each week during the school year. And now we celebrate our 30,000th meal. I never would have guessed how much goodness we would still be doing four years later.”

For more information about the Goodness Now program at Middletown UMC contact the church at 732-671-0707 or visit shopforgoodness.com and connect at facebook.com/goodnessnow