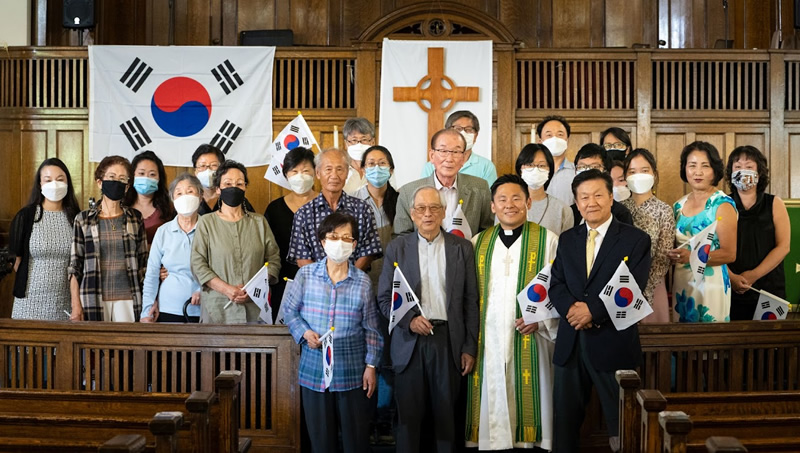 Every August 15 is a special day for Koreans. It marks the day when Korea became independent from Japan. But August 15, 1945, was a blessing and a curse to Koreans. The Korean Peninsula was liberated from Japanese occupation, but at the same time the nation was divided in two.

“In the Korean church, independence from Japan is especially celebrated on that day because God’s guidance was there, just as Israel’s people escaped from Egypt,” said Rev. Yongil Lee, who was appointed to Livingston Korean UMC on July 1. “However, there is still a sense of hatred and competition for Japan in the curriculum of Korea and the emotions of Koreans.”

To break this chain of hatred, Lee and his church are trying to convey a message of forgiveness and reconciliation through prayer. On Aug. 15, the church offered a special service called “Korean National Liberation Day Memorial Worship Service,” with an offering, delivering it to those who fight hard for freedom and peace reconciliation in the world.

This year marks the 71st anniversary of the start of the Korean War on June 25, 1950. The war caused the death of about 50,000 Americans and allies, one million South Koreans, two million North Koreans, and 500,000 Chinese.

Though a ceasefire was issued in July 1953, the war is technically not over. It remains under the Armistice Agreement signed that same year since a formal peace treaty was never approved.