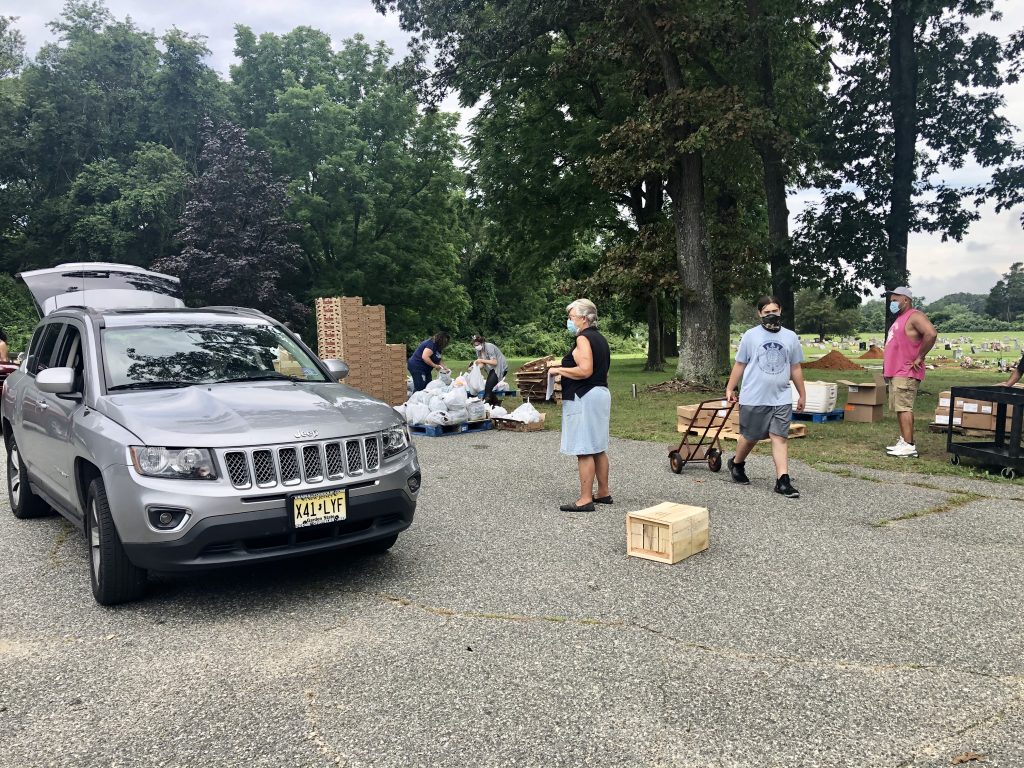 It is said that the beauty of a city is in its people—the tapestry that wraps up all the different cultures, thoughts and beliefs into the resilient and courageous place it is. But cities are not always places with skyscrapers and busy streets. Some cities are much quieter with tree-lined streets, a smattering of barns and chock full of rich history—qualities that may work to disguise the underlying inequities and struggles that many of their citizens may be facing.

Bridgeton, NJ, is one of those places. Founded thousands of years ago by indigenous people, most notably the Lenni-Lenape Native Americans, the city of more than 25,000 on the Cohansey River in Cumberland County has New Jersey’s largest historic district with 2,200 structures; it covers more than a quarter of the 6.2 square miles of Bridgeton.

But interspersed amid the Victorian architecture and lush parks is a poverty rate for more than 30 percent of the city’s population, most of whom are minority. The pandemic has only amplified this for those who are most vulnerable. Two churches taking on the challenge to feed the growing number of hungry people, particularly those who are Latino and Native American, are St. John UMC Fordville and First UMC of Bridgeton.

St. John UMC Fordville, which is GNJ’s only Native American church and is one of the city’s historic sites having been designated one in 2017, serves the large population of Native Americans that still live in the city. The church has been a beacon for feeding the hungry, but the pandemic has compelled them to take their effort many steps forward.

“Our pastor fully believes our church has been left here for 179 years to feed people who can’t feed themselves,” said Cynthia Mosely who is one of the ministry’s leaders.

But with the closing of another local food pantry and the impending end to unemployment bonuses in late July, the future looked uncertain. Amid the bleak forecast, hope was abundant in the church’s parking lot where tables are set up and boxes are packed. Every Wednesday the people of St. John, both young and old, prepare to welcome the approximately 240 families that now visit their food pantry.

“Most of our families visit an average of four times a month,” said Mosely. “The closest store to our community is five miles from the church, which is in the center of the township. People may have food stamps, but they can’t use food stamps for gasoline or to buy a bus ticket, so we are their “go to” source for food during these recent days.”

She added that in June, St. John distributed almost 14 tons of food sourced from the Community Food Bank of NJ, the Governors Pandemic Relief Fund, Feeding America and private donations.

“That was our highest ever. We started with 12 people four and a half years ago, and at the close of 2019 we served 65 families consistently. We average 240 families per day today,” said Mosely who added that the pantry is designated as a healthy pantry.

“We have long recognized the health disparities in our Tribal and neighboring communities, particularly related to diabetes. We offer only healthy choices, and when people ask what they can donate, we always suggest fruit in juice, low/no salt added canned veggies, etc and of course, anything fresh from the farms of the area.”

In addition to food distribution, St. John started a seasonal clothing giveaway about two years ago, but that had to be put on hold until the governor opened the malls in June. “Giveaway” is a word typically used by Tribal people to indicate they are sharing what they have.

“People were clamoring for it to come back,” said Mosely who said the giveaway has grown fourfold since the onslaught of COVID-19. “In June we put out about 1,200 pounds of clothing and at the end of the morning we put 10 pounds or less back in the closet for another time.”

The daunting task does not seem to impede the forward-thinking attitude that people like Mosely and others embrace and bring with them each Wednesday to the parking lot on Fordville Road.

Hands and Hearts Together for Hope

Down the road from St. John is First UMC, led by Rev. Ricardo Ramos, who self-admittedly likes to look at difficult times as challenges instead of obstacles while he carries his Wesleyan toolkit of rules to do good, do no harm and stay in love with God.

“Our people handle the feeding. I take care of the hospitality,” said Ramos who starts around 6:30 two mornings a week to help set up. He makes a point of remembering each person’s name on the line that stretches out into an S shape for an entire block. The native of Puerto Rico speaks with the mostly Mexican group in their native language of Spanish, telling them that “what you are taking in the box will not last long but what you have in your heart will last forever.”

As the demand continues to grow, Ramos and the ministry now called “Manos y Corazones Juntos para la Esperanza,” continue to come up with innovative ways to meet the demand by working with the South Jersey Food Bank who sources their distribution. In the week ending July 25, Ramos said about 150 families were fed on Wednesday and Thursday.

Ramos, who brought bilingual services to his congregation, said last July when the food ministry began First UMC was serving about 30-40 families weekly. By the end of the summer, as many as 200 families were being fed each week.

Now one year later each family is receiving boxes of dairy and produce. At the end of July, the church also added chicken to the distribution.

But the routine does not always go as planned. One Wednesday in July the food delivery was delayed by hours, causing some people to wait in the parking lot for five hours.

“It wasn’t the best scenario, but God led us through,” said Ramos who discovered his calling at the age of 20 while studying in Alabama to be a surgeon with the Air Force. Now 39 years later, Ramos said he has no regrets.