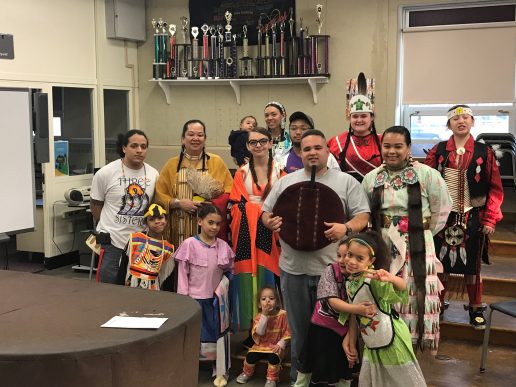 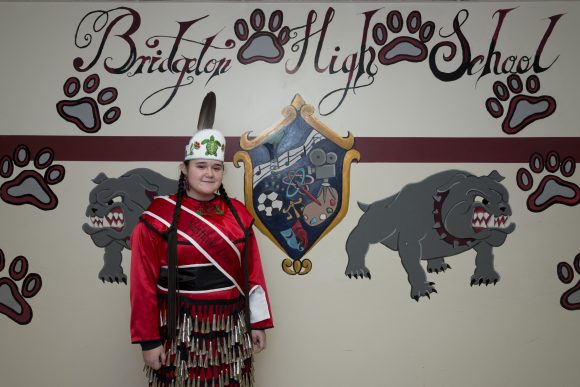 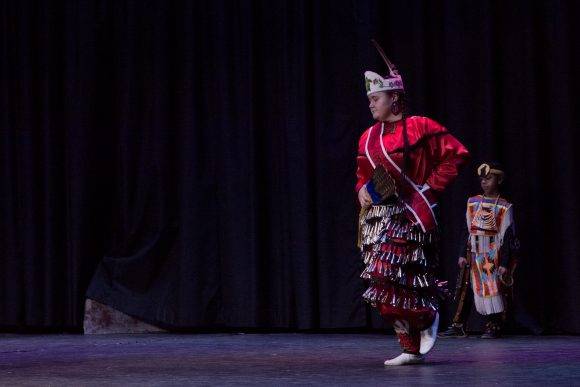 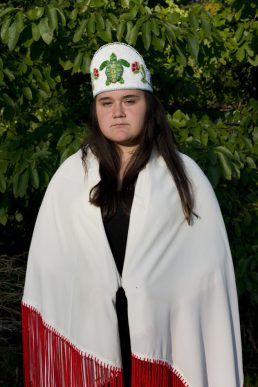 CONAM member, Allie Mosley, was the subject of a photo series developed by Juliette Augetto. One of the photos was selected for a National Juried Exhibition at Academy Art Museum in Easton,Maryland The exhibit opened April 20, 2018. Photo provided

BRIDGETON – The Committee on Native American Ministries (CONAM) member Allie Mosley, needed a project for her Nanticoke Lenni Lenape princess portfolio. She really wanted to start a Native American Club at her new school, Bridgeton High School, where she was to begin her freshman year in September 2016. Over the summer she sought input from the school athletic director who connected her with the Principal and her assistants. CONAM and Tribal members accompanied her to meetings with the school and the Board of Education. When things moved a little too slow, members of the American Civil Liberties Union showed up to remind the school district they represent a resource for all of our students no matter their ethnicity.

After all of the initial work creating the club infrastructure, the 2017 school year began with an active membership of 12-15 members and a dedicated adviser. The club has held some native art and craft sessions and were especially proud of their beaded medallions and their pine needle baskets. They have held cultural discussions about Native American issues such as the Dakota pipeline. Most recently they sponsored dancers and drummers for the Multicultural Night held at the school. This performance gathered many compliments and served as a preview for the mini pow wow which is planned for fall 2018.

The Committee on Native American Ministries (CONAM) has sponsored this club with a financial donation as well as mentoring for Allie during the process. Allie has identified a need to educate others about Native American culture and history. Then she led the effort to establish an extracurricular club to accomplish building a bridge to share the information between the school community and the Tribal community. CONAM will continue to mentor Allie and to be encouraged by her dedication.