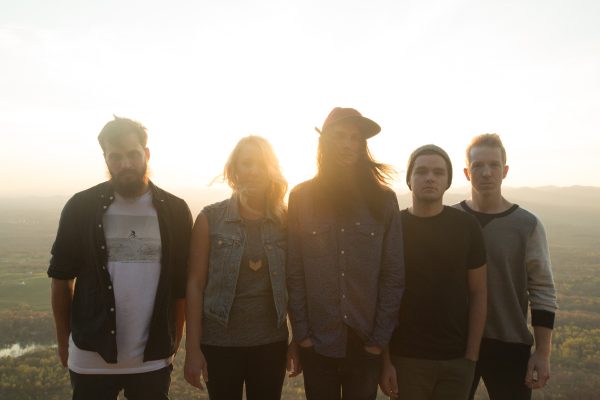 When Sean Curran first moved to Orlando, Fla., he didn’t realize a bigger story was unfolding. In a sense, the move not only changed the course of his life but ignited a movement.

His band, Bellarive, a pop rock worship group that originated in 2009 through the University of Central Florida’s student ministry, will join other nationally acclaimed Christian artists and speakers at this year’s IGNITE conference in Wildwood. Curran, a freshmen at the time, involved himself in church and became a worship pastor. Soon, others joined him to create the band.

“We met in the midst of God doing something very profound in our community,” said Curran. “The breath of God was bringing life and hope into our church family in an unforgettable way. Eyes were being opened and hearts awakened.” For Curran, Melissa and Mike Mage, Zach Glotffelty, Josh Luker, and Kenny Werner, their response was simple and unplanned; they began to write and sing about what was happening in the life of their church community.

The musicians spent every day at Curran’s house, which had become their official gathering place to seek God and make sense of what He was stirring. The days were filled with prayers and songs, and soon they became one in the same.

“The house, the environment, the life: it all became very special to us,” said Curran, who described this season in his life as sacred. “It was hard to put into words, but encountering God tends to be that way. Looking back, I think God was beginning to teach us not only who He is, but who we are in Him.”

The hallowed place was marked by a bit of an odd name. Curran lived off a street bearing a strong resemblance to the word “Bellarive.”

“None of us knew how to say it or what it meant, but we liked it,” he said. The name began to take on a meaning of its own, becoming the word for how the artists saw God moving in their lives. To Curran, the word took on the definition of God in motion and the belief that music was by design, a powerful and tangible space to engage with Him.

“It’s the realization that we’re fickle beings prone to wander and wade in the shallows, but God has designed us to swim in the deep,” said Curran. “His grace makes it so.” Experiencing God and seeing Him move became what Curran says is the “DNA” of the band.

The church’s unprecedented response to Bellarive’s songs led the band to record their music so people would have an opportunity to worship outside of a church service. After one self-released EP, Bellarive signed to Sparrow Records in May 2012, and released their debut studio album, The Heartbeat, in June 2012. The new album peaked on the Billboard Christian Albums chart at No. 21 and the Heatseekers Albums chart at No. 17. IGNITE’s theme of “Let There Be Light” was lifted from the first song of Bellarive’s second and most recent studio album, Before There Was, which was released in July 2014.

“We sing to thank God for His grace and to claim the power of the blood over our lives,” Curran explained. “When we do, it refines us, and helps us to remember his plan is for us, not against us.”

The band members are still in shock and struggling to process the tragic events that unfolded last month in the group’s hometown of Orlando when an act of terrorism took 49 lives at the Pulse nightclub.

“We’re distinctly in tune to the details,” said Curran, who carries the tragedy close to home. “It’s inspiring how the city has responded, though; strong and loving, bringing people together in ways that are so beautiful.”

Curran is excited for his first trip to New Jersey for IGNITE. Eric Drew, GNJ Director or Worship, discovered Bellarive several years ago at the National Worship Leader Conference and describes the band’s IGNITE appearance as a “huge personal win.”

“God meets us through songs and worship. We believe God is listening,” said Curran, who says he’ll be coming to IGNITE with an expectant heart and encourages both youth and leaders to do the same. “No matter where you’re at in the spectrum, there’s room for us to leave never the same,” he said.

Bellarive’s story was birthed out of student ministry which has been woven into the fabric of who they are and what they understand music and worship to be. They seek to establish trust with their audiences quickly to help shrink the gap between who we think we are and who God calls us to be. “The more trust, the more vulnerability, and it helps tear down walls and remove masks,” said Curran. “It’s then that the stage diminishes and we’re just standing together on solid ground, singing to God.”

Currently in a season of songwriting and creating, the band collectively agrees that the creative process will shed light on their next steps with a receptive belief that God is knitting their story along. Curran says God does something powerful when people unite for His namesake and acknowledge through song who He is and what He’s done for us. “The more people we can gather to do that, the more profound of an impact it will have on our lives,” he said. “If we take away distractions, lean into who He is and the story He’s writing, our lives will never be the same, and you can’t put a price tag on that.” To Curran, event’s like IGNITE are a small glimpse of heaven and earth getting a little closer together. “So let’s do it,” he exclaimed. “Let’s see it, let’s believe it, and let’s be there.”