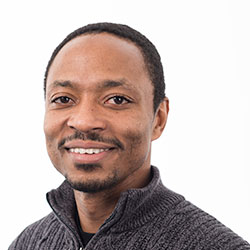 Mission: Asbury UMC in Atlantic City has embarked on innovative ways to enact social reform within the city by the sea. The church has become a Cisco Networking Academy, a work-study site for Stockton University, a partner site for the University’s Office of Community Engagement, and a site where the hungry and homeless are fed weekly through partnerships with several organizations in the region, including other United Methodist congregations.

Rev. William M. Williams III, Asbury’s Senior Pastor, serves as a core team leader within the state chapter of Black Lives Matter – New Jersey: Atlantic City. As a result of this leadership, and in partnership with the Unitarian Universalist Congregation of the South Jersey Shore, and various professors at Stockton University, the church hosted a 12-month educational teach-in series where principles of the Black Lives Matter movement were discussed. Topics varied from the sociology of racism in partnership with Sociology and Anthropology of Stockton University to fair housing and gentrification in partnership with the Fair Share Housing Center and the Department of Housing Preservation and Community Development of South Jersey Legal Services.

The church hosted a domestic and sexual violence panel with Atlantic City’s Chief of Police, Councilman of the Third Ward of Atlantic City, Vineland Public High School Assistant Principal, community activists, and the Women’s Center of Atlantic County. As a result of this series, the City Council passed Resolution 217, which designated the month of April as Child Abuse Prevention Month in the city of Atlantic City and made noteworthy steps to ensure educational, religious, and government institutions were equipped to help stop this type of violence in the community.

The year-long educational teach-in series inspired social change in partnerships with the South Jersey Poets Society and community visual artists and poets. The church hosted a Civil Disobedience Workshop in partnership with the National Action Network and the Atlantic City Police Department. The Atlantic County’s Advisory Commission on Women, Women’s, Gender and Sexuality Studies of Stockton University and the University’s School of Social and Behavioral Sciences also partnered with the church to contribute to the education teach-in sessions. From partnering with the Unitarian Universalist Congregation of the South Jersey Shore to discuss the notion of dismantling white privilege, to teaching about African Americans and the Media in partnership with the Communications Department of Stockton University and community visual artists, Asbury UMC continues to leave its mark on Atlantic City as a powerhouse of influence, change and hope.

Apostle: Rev. William M. Williams III is proud to be the husband of Joyce and father to five-year-old Julia, three-year-old William IV, and three-year-old James. He serves as Circuit Elder in the Cape Atlantic District, is a Communities of Hope trainer, serves as Recording Secretary of the Conference Board of Pension and Health Benefits and the North Eastern Jurisdictional Black Methodists for Church Renewal, Inc. Williams is a recent recipient of the Harry A. Seese Memorial Scholarship and is one of 12 United Methodists in the U.S. named a fellow in the Lewis Community Leaders Fellows Program of the Lewis Center for Church Leadership.

Williams earned a BA in Economics from Swarthmore College, a Post-Baccalaureate Certification in Pre-Medicine from the Drexel College of Medicine, and a Masters of Divinity from Drew University. He is a former commissioner of the Casino Redevelopment Authority’s Tourism Advisory Commission in Atlantic City and the Chair of the Education and Workforce Development Subcommittee, a current board member of the African American Heritage Museum of Southern New Jersey, and a participant in the Christian religious fellowship group, Fellowship of Churches and the ecumenical religious group Bridges of Faith. Through his community leadership, Williams has sought to inspire the hearts of those in the Atlantic City region.