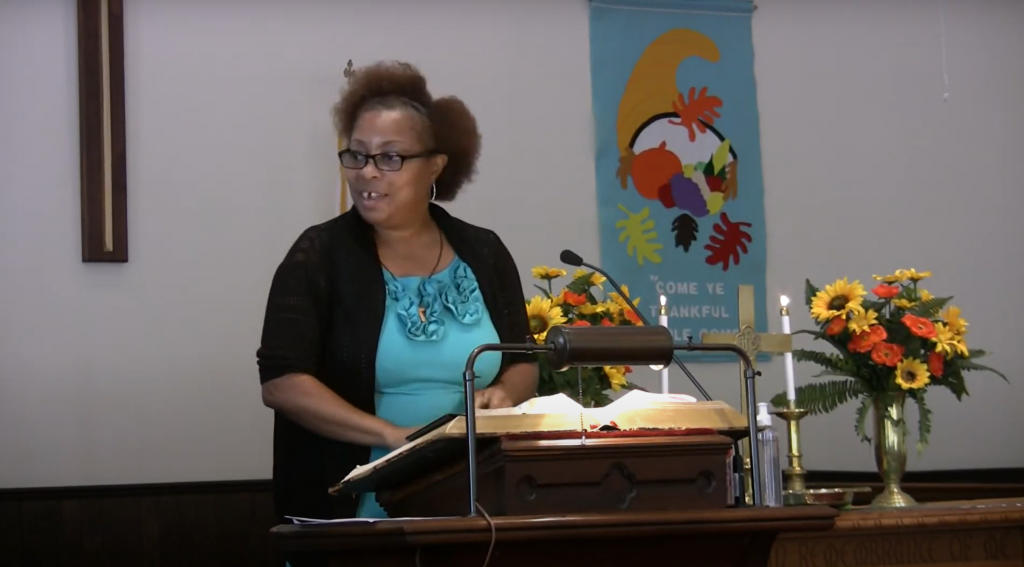 “Here is what we seek: a compassion that can stand in awe at what the poor have to carry rather than stand in judgment at how they carry it.”—Father Greg Boyle

After being kicked out of the 24/7 post office where she had been living, May migrated to the Walmart parking lot where she collected carts to serve as her shelter. When once again she was told to leave, May called for help, and the people of Asbury UMC in Cinnaminson were there to respond.

May wound up remaining in the care of Asbury UMC for the next six months, having been transferred to a more permanent home. After she died in November 2019, the church hosted a funeral in her memory. The same care and absence of judgment shown to May continued for other homeless people into 2020, with the effort ramping up in March when the pandemic set in.

“We start with the letter “a” and we’re on Route 130. We simply answer our phone,” said Rev. John Doll who added that in addition to being in a convenient location, Asbury UMC since the pandemic began has provided 500 nights of housing to the homeless in its community by setting them up in local motels.

The demand has escalated in recent months as COVID-19 restrictions shut down public restrooms, limit store hours and strangle finances. This past April alone the people of Asbury UMC helped 13 people with 89 nights of housing. In October they provided 46 nights to about 10 people. In addition to providing a place to stay, they are also meeting many requests for emergency food assistance.

Doll, who refers to them as “homeless guests,” recalled a family of five who were living out of their car in the hospital parking lot.

“This was before we officially started The Good Neighbor Outreach. This family – Dad was working – no substance abuse issues – mother taking care of three young children while he worked. They had moved out of their home and their new place did not yet have a certificate of occupancy. What this family went through and what our church did to help them was very profound. The family worshipped with us at church for a while – however their new place took them 45 minutes away.”

There are many more stories, each with their own details and circuitous routes. There was a single mother who was employed but was not able to cover all her expenses; then there was another person who needed a temporary place to stay before drug rehab; and there have been several elderly disabled people who had nowhere else to go.

“Without the Good Neighbor Outreach program (which originally began in May 2019), people would be living in their cars, on the street, at bus depots or in the woods,” said Doll. “The needs of the homeless are really profound right now, but we are not in this alone.”

According to Feeding America, job loss and other economic crises associated with the pandemic could push the rate of food insecurity in Burlington County from 7.5 percent to 12.3 percent by the end of the year.

The passion to help others will not wane. Doll emphasized that in addition to several people in his church who are dedicated to this cause, people throughout the Cinnaminson area have stepped in to help, like the Catholic Society of St. Vincent de Paul, a local Pentecostal church, the Triboro Clergy Association’s emergency fund and Epworth UMC in Palmyra.

Also helping to fund the ministry was a $5,000 grant from GNJ’s COVID-19 Relief Fund.

Two people instrumental in making a profound impact on the homeless at Asbury UMC have been Jeff Gural and Vandella Poe who shared their walks of faith as part of a Sunday sermon in November called “Filling Our Lamps.”

Gural, a 20-year church member and a retired police captain who also completed tours in both Afghanistan and Iraq before retiring from the military, said, “No one has ever accused me of being a bleeding heart. But I went into this with an open heart. I used to believe that the homeless had made bad decisions and that’s why they are there…but they don’t want to be where they’re at. It is so important to help these people.”

Poe referred to their plight as being an “ambassador to Christ.” She added, “Homelessness is non-discriminating,” adding that in spite of their differences, “the one thing that remains the same is the look of hope on their faces.”

The people of Asbury UMC plan to continue to offer hope and an open door, carrying the burdens of these homeless people in their community on their shoulders for as long as they need to with compassion and without any judgment as to what path they took to be in this predicament.

For more information on the ministries at Asbury UMC, visit here. To view the “Filling Our Lamps” service, visit here.