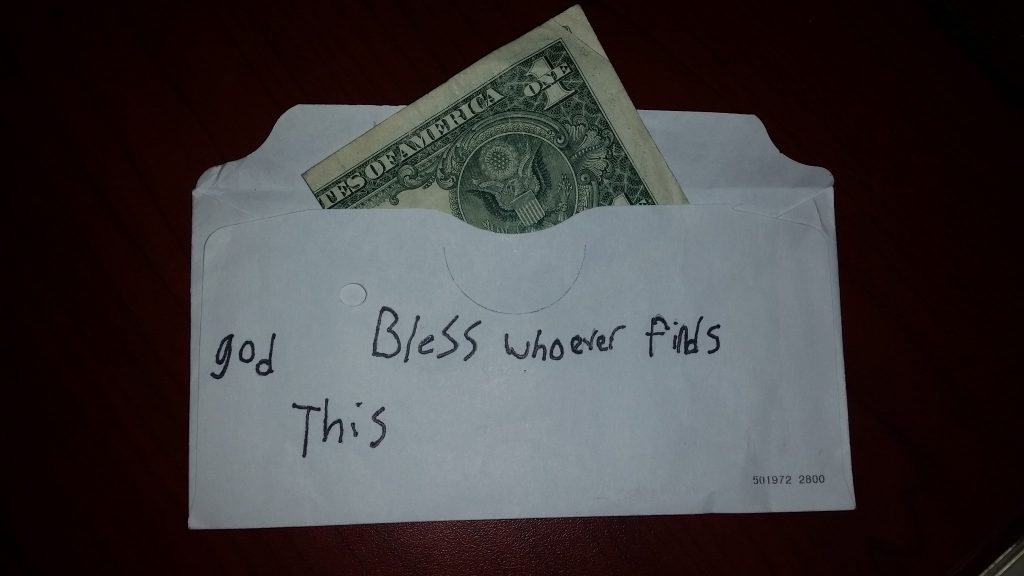 Worshipers at Trinity United Methodist Church leave every service with a sense of affirmation about God at work in their community. The order of worship in each of the four weekend services has a time just before the closing praise song or hymn to proclaim three to five examples of good news in the Hackettstown church.

“God continues to do many good and wonderful things in and through our congregation. Here are some things from the past week,” the pastor, Dr. Frank Fowler III, tells the congregation before sharing several uplifting stories.

The initiative started last year after Fowler heard a powerful story from Phil, a member of Trinity.  But the story didn’t have an appropriate place in the sermon. Phil had shared with Fowler that his wife, who was fighting cancer, told him “some good ole fashioned barbeque would taste good”. Thankful that she had an appetite, Phil went to a barbeque restaurant and ordered her some food. After explaining to the owner that the food was for his wife who had cancer, the owner responded by not charging for the meal and offered a prayer for Phil and his wife. “Right there in this restaurant, the owner prayed with Phil,” Fowler told the congregation. “And that is good news.”

Visual images add another layer of engagement. Fowler projects a photo to go with each story. He says he sometimes finds graphics on line but often he uses his phone to capture images of good news to go with the stories. He collects the stories during the week and submits the photo to the technical team on Thursday and the text to all of the worship leaders by Saturday.

While the same stories are shared at each of the four services, the style of presentation is different depending on the worship leader. “I announce it with energy in front of the altar. One pastor has the keyboard playing in the background during the good news. Another reads it from her phone.” says Fowler.

From faith in action, to successful blood drives, to welcoming the stranger, there is a broad range of Good News topics. But Fowler has established some guidelines to determine what is reported. For example, in an effort to avoid unintended consequences, he is thoughtful and consistent about what kinds of good news is not shared during this time. “We generally avoid medical situations because if someone receives a good medical report but someone else just received difficult news, it could be a source of pain,” he says. “We also don’t disguise program promotion as good news and except for rare occasions, we don’t use the time to celebrate birthdays.” He explains, “It is a time to lift up the ways that God is at work in the life of the family – in the life of the congregation.”

Noting that volunteers on mission trips often are asked to be on the look out for “God sightings,” Fowler says that likewise, sharing good news each week conditions people to be alert for points of grace in everyday life. Because he is constantly collecting the good news each week, he enters many conversations through that lens. It often gives him a talking point with members. “So do you have any good news for me this week?” he asks them.

The stories from week to week offer hope and encouragement. Some examples of Good News at Trinity:

Fowler is beginning to see a cultural shift from the practice of sharing good news. It’s not unusual for someone to echo the words from church in weekday conversation saying, “…and that’s good news!” Members have expressed that they look forward to that part of worship. Some have said it is their favorite part. “There is so much bad news but when we begin to look for it, we can start to be more sensitive and appreciate the good in life.”