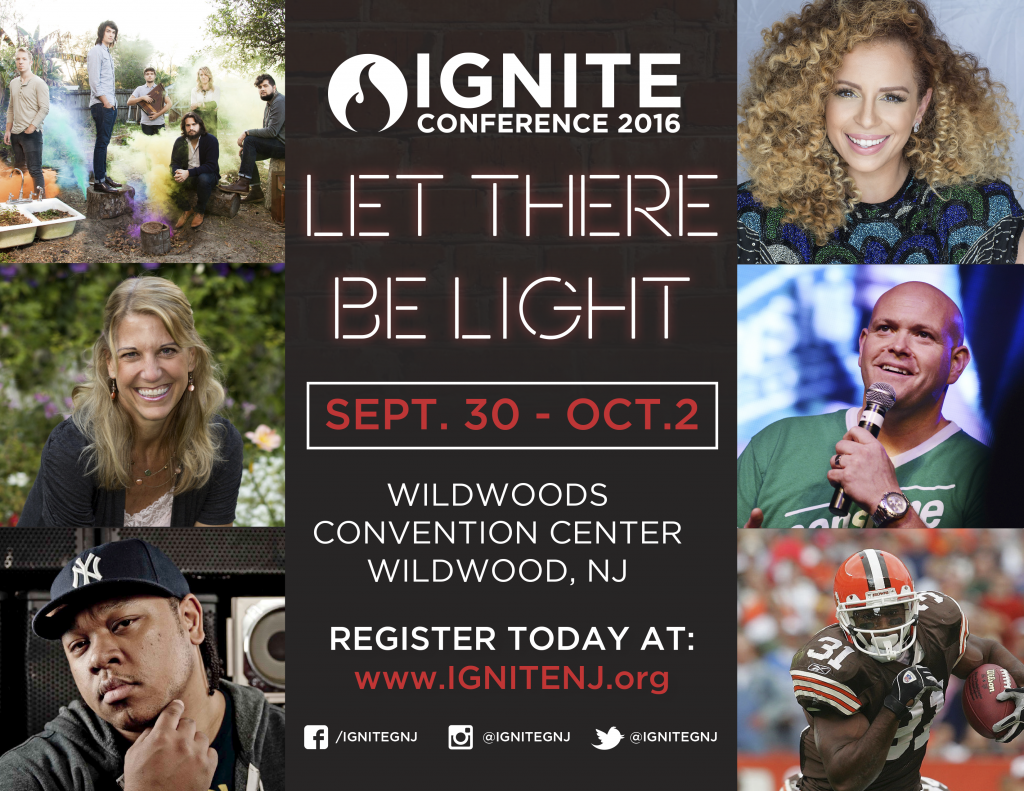 Sometimes an experience can change your course in ministry and in life.   For eighth grader Liseth Rodriguez, that experience stemmed from the first IGNITE youth conference in 2012.

“Ever since the first Ignite, I have been more engaged in church. I want to go more and more. I’m reading my Bible more,” Rodriguez said.

Rodriguez, a member of First UMC in Dover, credits the work of her pastor Charles Perez for keeping the spirit of IGNITE alive.  Since the first IGNITE Conference, close to three years ago, Perez has organized several Ignite movement weekend and invites Hispanic youth who attended the conference to join together for worship, fellowship, prayer, mission and fun.

“I felt something inspired in me,” said Perez, “The conference definitely ignites something in people’s hearts.”

Perez was inspired to expand his IGNITE movements to include other youth with the recent Skylands district youth gathering called “Resurrected” which brought out over 60 youth and their leaders. He said that at one of the gatherings last year, over 75 people were holding hands and praying together.

“I want to make disciples. I want young people to know they are the church of today,” he said.

Rodriguez says that attending IGNITE in Wildwood and participating in IGNITE movements throughout the year have helped her grow in her faith. One moment that stands out for her is a moment at the first IGNITE conference when young people were given glow sticks as a way of expressing they had accepted Jesus in their life. “I’ve been going to church since I was 2 years old but it was one of the nicest experiences I’ve had spiritually.”

Evidence of her faith growth is through her sharing at one of the IGNITE movement gatherings. “Pastor Charles called it preaching, but I was just talking. My dad died when I was 11 and I was able to share how God helped me through it,” said Rodriguez. “I think it helped out a couple of people who were there.”

Not only has she grown in her faith and her commitment to God, IGNITE has helped her build friendships with other young people her age who also have a love of God. “If you’ve never attended IGNITE, you should definitely go,” said Rodriguez. “It’s an experience that’s nothing like church. It’s a really fun being able to spend some time getting to know God better with lots of other young people.”

Perez couldn’t agree more.  “I want young people to know God loves and accepts them just as they are,” he said.  IGNITE is the perfect place to find that out.

This year’s IGNITE Conference will be from September 30 to October 2nd at the Wildwoods Convention Center. The lineup includes Tedashii, Bellarive, Blanca, Willie Green, Laurie Polich Short. Preston Centuolo is also returning again by popular demand. Registration is now open with discounts for registering early. Visit ignitenj.org for additional information about registering, the schedule and lineup.