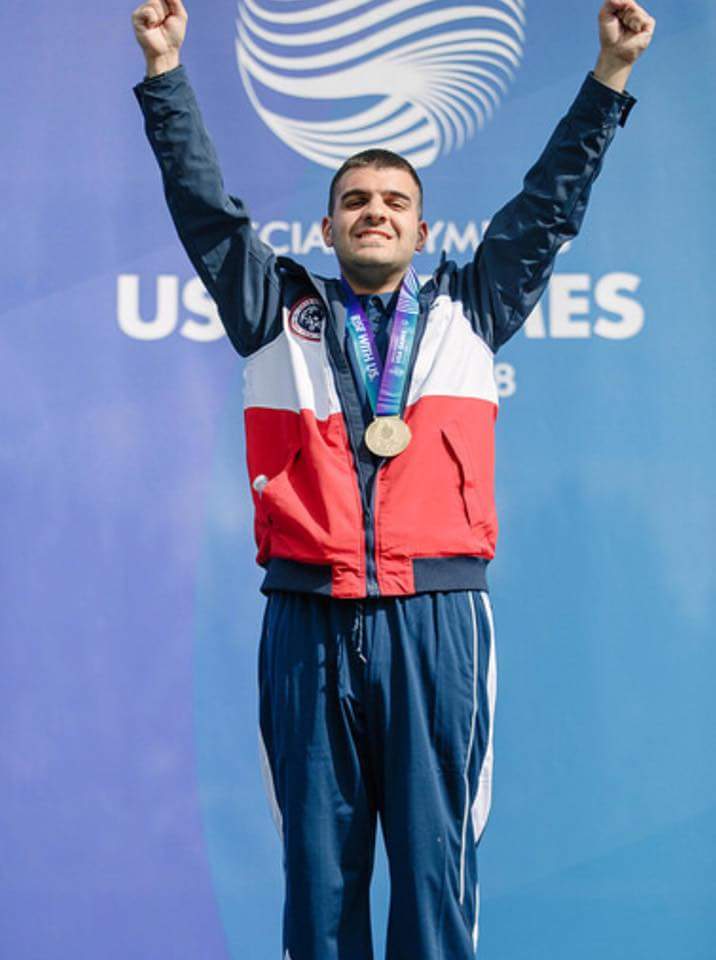 Justin Malfitano, 22, of N.J. bowled a 598 to place first in the men's high-performance (singles) at the 2018 Special Olympics USA Games in Seattle on July 2. Photo courtesy of Joanne Malfitano

EAST BRUNSWICK – Justin Malfitano, 22, from Aldersgate UMC of East Brunswick recently finished his bowling competition at the Special Olympics USA Games in Seattle on July 1-6. He beat the national favorite in the Men’s High-Performance division to be named the best bowler in the nation taking home a gold medal, also earning him a front-page article in The Seattle Times Sports section. Malfitano also received a gold medal for the Men’s Double division and finally captured a silver medal for the Team competition.

During the team match play, Justin missed a perfect game by throwing two 9 pin spares and rolling a 268. While bowling in the team event, he was filmed by an ESPN film crew and was later featured in a spot with his father during the day’s daily recap.

“To see him out there doing what he loves doing, I can’t ask for anything more,” said Justin’s father, who was inspired by the comradery and emphasized teamwork.

Malfitano, whose winning score was a 178-188-232, did not even know that he had placed first. His father and his stepmother decided to let him find out once he was given the gold at the event’s medal ceremony. His stepmother, Joanne Malfitano, said that Justin was never really in it to win, but to have fun with his teammates and with his competitors.