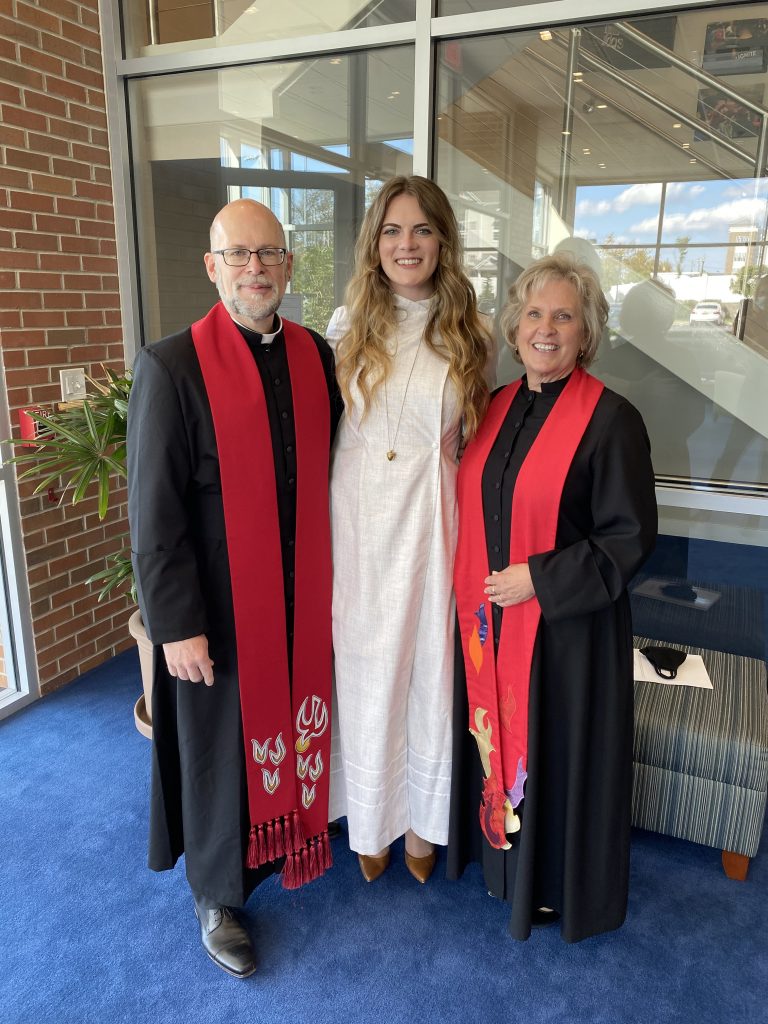 The recently installed Gateway North District Superintendent Rev. Williams M. Williams III recently shared his journey to calling, saying that despite his father being a pastor and being strongly influenced by the trustees of his church as a child, his calling came while studying to be a cardiac thoracic surgeon during the day and a professional baseball player at night.

“My dad always said whatever you do, be the best. My parents let it be my journey. I always said it was my dad’s calling, not mine. Then one day after moving back home I heard a voice telling me to follow. It was a surreal experience, one I’ll never forget.”

A calling can come at any time. Some experience a strong calling as a child. Others work an entire career as a cadet in the Navy or finish a pre-med program or raise a family before receiving their calling. But regardless of when, most clergy will say it happened at the right time.

And for those who are clergy legacies, the major influence was a family member, albeit sometimes in retrospect. The following is the first of a series of stories about the strong connection of families in the Greater New Jersey Conference.

For Rachel Callender, who was commissioned in October as a provisional elder, ministry has been a way of life for as long as she can remember. Once ordained, Rachel will become the 13th in her family and the second female, following in the footsteps of her Aunt Shawn Callender-Hogan who serves First UMC in Oakhurst and her father, Rev. Clark L. Callender who leads St. John’s UMC in Hazlet.

Just recently, Rachel discovered that a congregant in her new appointment knew her great, great Aunt Ernestine who had worked in the southern NJ conference before the two conferences joined to become Greater New Jersey. Her great grandfather, Rev. J. Clark Callender served at Union UMC; her grandfather, Clark David Callender is a retired pastor, formerly of Manahawkin UMC; and her cousin, Clark Stephen Callender is also a retired pastor living in Vermont.

Moving from Flanders to Bergenfield to Bernardsville to Manahawkin and then Hazlet as her father took on new appointments, Rachel said was difficult at times but mostly a wonderful experience.

“We were all so tight. The four of us were each other’s home,” said Rachel who added that her sister, Samantha is now a professional writer.

“I’m always hearing stories from people saying how wonderful my aunt is, and I’m grateful for that,” said Rachel, speaking of her Aunt Shawn.

“Growing up it was always in-depth Methodist theology at the dinner table,” said Rachel who added that these conversations allowed her to immerse herself in the ordination process.   Her father, Rev. Clark L. Callender is the senior pastor at St. John UMC in Hazlet, and her mother, Traci died in 2018 following a long illness.

“My mom made things practical. She always wanted to know how does this help people in need,” said Rachel who added that her mother instilled in her the importance of food justice. “She was passionate about people having a meal, and because she had breast cancer years earlier, she was hyper-aware of the importance of good healthcare.”

In addition to food justice, Rachel said, she is passionate about the mission of refugee resettlement and listening to people’s needs. She hopes to bring that passion to her ministry. She also hopes to impart a little of what she learned while studying in Switzerland last year with the World Council of Churches after earning a M.Div from Princeton Theological Seminary.

“There I learned that making Christian unity can be messy. I learned not to sugar coat it and just embrace it.”

Rachel shared that unlike her father, her mother did not grow up in ministry. In fact, Traci was first baptized with Rachel’s sister.  Traci, who Rachel liked to call “the miracle girl,” embraced service and mission, and together her parents never made her feel obligated to follow a career in ministry, Rachel said.

Rachel recalled. “I grew up loving the church but never feeling pressured to do what my family had done before me.”

In fact, her first love was acting.   “I was an actress for 11 years, but then I realized I really wanted to do activism, so I thought what better way to do that than ministry.”

As a fifth-generation Methodist clergy member, Rachel infuses her knowledge gained from her family to enrich what she does. This coupled with inspiration from her mom’s passion to help others through charity compelled Rachel to move away from a career in acting and pursue ministry.

In July, Rachel followed in her family’s footsteps as she was appointed as an associate pastor at Medford UMC where Rev. Joe Monahan leads.

“Joe knows everything,” said Rachel. “I won the jackpot of appointments. This church has gone above and beyond.”

Listening, embracing ministry and striving to help others is exactly what Rachel has been doing since she started her new appointment in July. In October, which is Domestic Violence Awareness Month, she raised money for the Providence House, of Catholic Charities, by setting up a donation stream through a local Italian restaurant.

Rachel’s mom would be proud, and apparently so is her dad.

“How joyful and proud can a father be? I believe my heart will burst,” said Clark.