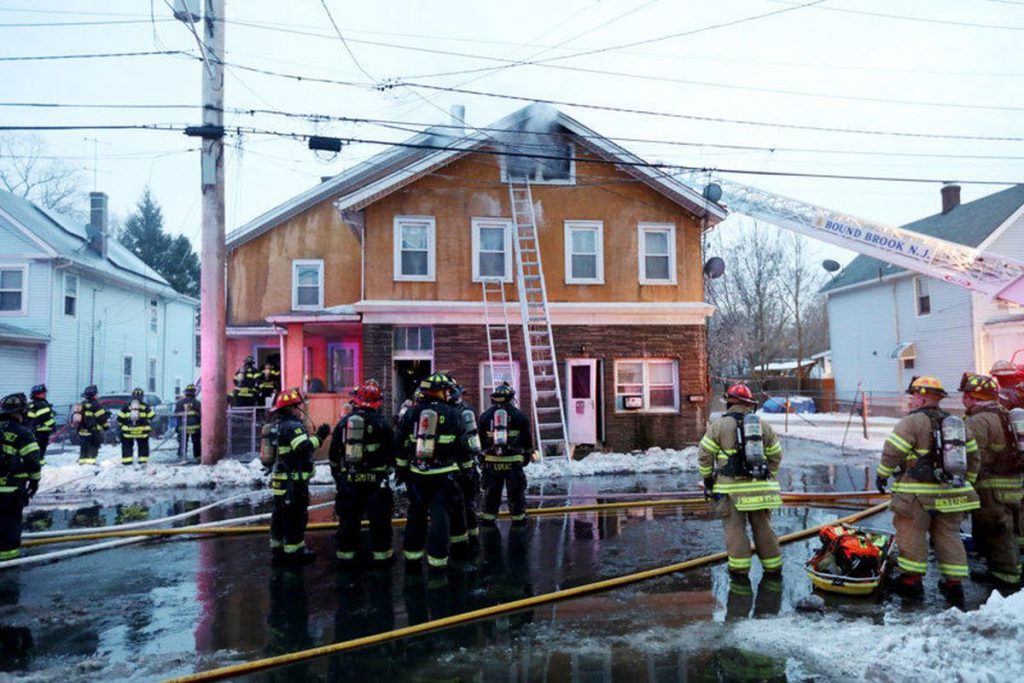 When a blaze devastated a large swath of homes in Bound Brook this past January, leaving about 50 families homeless, flashes of a natural disaster 20 years ago tugged at the memories of some residents as they sifted through the rubble and reached out for anyone who would listen to their calls for help.

One person who was listening was the UMC of Bound Brook’s Pastor Mcwilliam Colon. “When the town of Bound Brook reached out to us, asking if we’d be willing to distribute the funds they were raising, the answer was obvious. So, we started doing intake forms and distributing funds to speed up the process so that these families could recover.”

“The only criteria is that they’re survivors,” said Colon, who praised his community for rallying around those who needed help. “We want to be partners with our community.”

Situated in Somerset County in the foothills of the Watchung Mountains, where tributaries from Green Brook and Middle Brook run into the Raritan River, the town with a population of about 10,000 had been reaping the benefits of extensive development in recent years following a trio of massive floodings, including the 12 feet of water left in the wake of Hurricane Floyd in 1999. Back then, about a third of its residents were sent to emergency shelters.

Thankfully in January, no residents were injured, but now about three months later many of the families impacted are still living in shelters, hotels and other temporary housing.

Colon said he and his congregation are gradually trying to change that by streamlining the process and getting checks in the hands of those impacted sometimes as quickly as 24 hours or even less. He noted that the benefactors include an undocumented family, a woman who is now worshipping online with the UMC of Bound Brook and three more families who are now living in apartments.

In addition to facilitating the distribution of funds, UMC of Bound Brook has also allowed those impacted to take advantage of what is in its Wesley Thrift Store at no charge, including clothing, books and household items.

In addition to the financial help, the UMC of Bound Brook also offers free math tutoring for middle schoolers as well as a free music program. Self-defense classes are also available at a nominal fee.

“My people built these relationships with the community—something I am so proud of,” said Colon. “Our church needs to reflect the community we live in.” The UMC of Bound Brook was the first church to offer a Latino service in the town about 15 years ago, and its leadership is about half Latino and half white.

In the midst of current Covid-19 health crisis, the church continues to offer two services—one in English at 9:30 a.m. and one for Spanish-speaking members at 12:30 p.m. Prior to the onset of the coronavirus scare, the congregation had been working on ramping up their technology and building their multi-media structure by accepting the donation of a professional camera, investing in software and devising an app that provides a daily devotional.

“We really want to reach the generation that’s not necessarily using tithing,” Colon said. He added that they also now have a WhatsApp account for the Latino population and starting on March 27 they introduced a Bible study online in Spanish via Zoom so that it could be accessed via online or by phone.

Colon and his congregation have also developed online worship services on both Facebook Live and YouTube. For more information regarding online messaging, visit www.facebook.com/UMCBoundBrook/. For more background information including all their ministries, visit www.boundbrookumc.com/home.html.