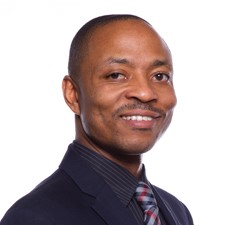 The Bishop and Cabinet invite all United Methodists in Greater New Jersey to join in the celebration of Rev. William M. Williams III as the Gateway North District Superintendent on Saturday, September 12 at 4:00 p.m. The service will be live streamed to the GNJ YouTube channel and available on Facebook so all can join with respecting social distance.

“He is committed to congregational vitality, evangelism and community transformation. He has served faithfully on leadership teams within GNJ and within the Northeastern Jurisdiction,” said Bishop Schol.

At First UMC in Westfield, Williams led the congregation in developing vibrant children’s and youth programs like Junior Youth Fellowship and Serving As Light Together as well as other ministries like Little Free Libraries, FUMC Gardens and its new Soul Food Dinner Church.

But whether he’s on the ballfield acting as a YMCA tee-ball coach, leading a neighborhood watch or speaking at the March for Love and Against Hate or Black Lives Matter events, Williams devotes all his energy to doing his very best.

While at Asbury UMC in Atlantic City, he embarked on innovative ways to enact social reform within Atlantic City. Under his leadership, the church became a Cisco Networking Academy, a work-study site for Stockton University, a partner site for the University’s Office of Community Engagement and a site where the hungry and homeless are fed weekly through partnerships with several organizations in the region, including other United Methodist congregations. In recognition of his service at Asbury UMC, Williams received the Atlantic City NAACP person of the year.

Williams has been instrumental in instituting transformation. When he and his congregation recognized a need to address domestic and sexual violence, they hosted a panel with Atlantic City’s chief of police. This resulted in the City Council passing Resolution 217, which designated April as Child Abuse Prevention Month in Atlantic City and made noteworthy steps to ensure educational, religious, and government institutions were equipped to help stop this type of violence in the community.

Williams earned a BA in Economics from Swarthmore College, a Post-Baccalaureate Certification in Pre-Medicine from the Drexel College of Medicine and a Master of Divinity from Drew University. He is a former commissioner of the Casino Redevelopment Authority’s Tourism Advisory Commission in Atlantic City and the chair of the Education and Workforce Development Subcommittee, a board member of the African American Heritage Museum of Southern New Jersey and a participant in the Christian religious fellowship group, Fellowship of Churches and the ecumenical religious group Bridges of Faith.

He is a recipient of the Harry A. Seese Memorial Scholarship and is one of 12 United Methodists in the U.S. named a fellow in the Lewis Community Leaders Fellows Program of the Lewis Center for Church Leadership.

Williams’ wife, Joyce is lawyer, a former adjunct professor at Rowan University and also served on the team to create GNJ’s A Journey of Hope plan. They are the parents of Julia and twins William, IV and James.