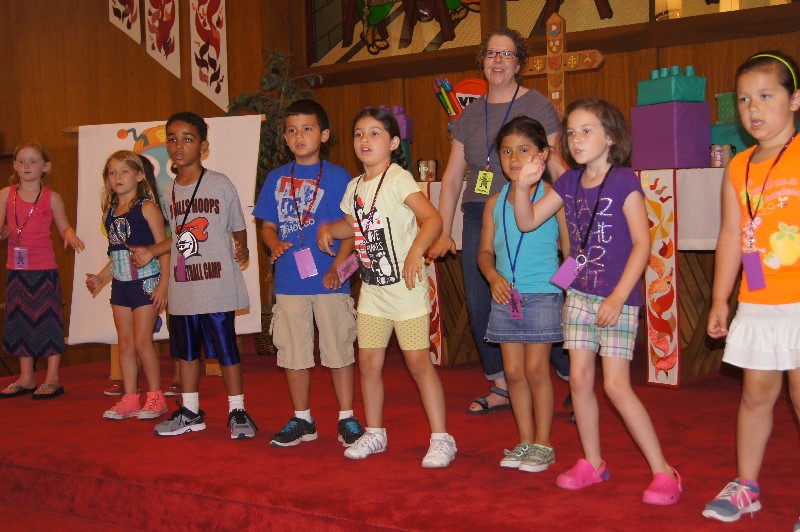 When Lysette Perez became the senior pastor at the United Methodist Church of The Rockaways nearly two and a half years ago, she not only paid attention to those attending the church, she took notice of who wasn’t there.

“When I looked around at the Hispanic community, I found that it was growing and I thought that this might be a good opportunity,” Perez said. “The statistics of the community and the program of outreach for low income families showed that there was a real possibility for ministry.”

That possibility has turned into a reality in the last year as Perez’s church has started a bilingual service on Sundays at noon. That follows a communion service that takes place each Sunday at 8:30 a.m. and a traditional family service that starts at 10:30.

“We didn’t have anything at the time when I came,” Perez said of the Hispanic service. “It was taking a step. You have some traditions that are there and that are important, but you need to try something different and new sometimes.”

Perez found in her research that 21 percent of The Rockaways community was Hispanic. She also discovered that a backpack program run by the church in conjunction with local schools to provide food and other items to low income families went mostly to Hispanic families.

Perez has also done translating for some of the Spanish-speaking people when they come in to pick up the backpacks.

“I found myself as the only person speaking Spanish,” she said. “For the older people, I was translating.”

“It is some more work,” she said, “but at the same time we are reaching out to different people. On Wednesdays we also have a bilingual service and we sing short songs in both English and Spanish.”

She said there are a few times a year when the church comes together for one big service. She noted there were more than 200 at a confirmation service in December and nearly 150 attended a combined Easter service. In all, the average attendance has risen from between 50 and 60 to more than 90 total for the three combined services.

“It takes time to grow,” Perez said. “What we have been trying to do is offer options to people so they can praise God and have a way to reach out to God and we have been able to keep the attendance growing.”

She pointed out that one of the reasons for the growth is because of the congregation’s willingness to be diverse. Those who attend The Rockaways also include African Americans, Asians and Caucasians.

One of The Rockaways’ welcoming ministries is its vacation Bible school. Perez said the church had 66 children attend last year and has started the process of opening a day care center.

“Somehow we lose them (from coming on Sundays), not because of the children, but because of the parents,” Perez said. “So we are working on starting a day care with the intention of it being an outreach ministry and having a Christian perspective.”

Perez says having perspective with everyone is important in such a diverse community.

“Sometimes it involves taking risks and also being involved in the community,” she said. “The community knows what the church is doing and the last year and a half we have been involved in some interfaith services. Sometimes it helps if you can think a little differently.”

Perez says that nothing different happens without one key element taking place first.

“The first thing I do is pray,” Perez said. “I decided to pray for the Latino-Hispanic community when I got here. Prayer was the No. 1 step.”