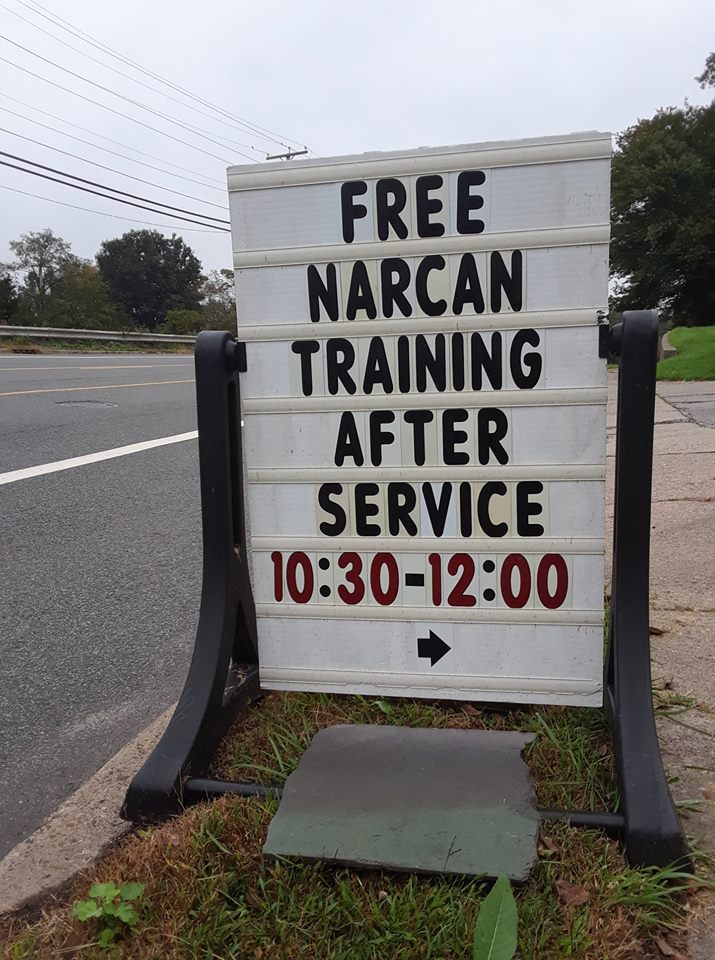 'The Stigma Free Church' sermon series not only challenged congregants of Boonton and Montville UMC's, but provided a way to involve the community to rally around helping the hurting. Photo provided

MONTVILLE/BOONTON – Tackling subjects of addiction, suicide, self-harm, mental health and human trafficking are not the easiest topics to divulge at church, but for Montville and Boonton UMC’s, it was time to talk openly and love on the hurting in their community.

Pastor Donald Kirschner began the “Stigma Free Church” sermon series after an opioid summit in August “lit a fire” in his bones.

“It was very informative to me,” said Kirschner. “I was mindful of how widely spread and awful some of these realities were such as deaths from overdosing, suicide or people trapped by human trafficking. It seemed a response just couldn’t wait.”

Morris County started an initiative to be stigma free in 2016 and many towns across the nation followed suit over the last two years. Although Montville developed a stigma free task force in 2017, Kirschner believed the presence of faith communities as lacking in the movement and that there was a real opportunity for the church to have a voice at the table.

“This, it was with even further excitement that the ‘stigma free church’ sermon series and all that we did was launched,” he said.

From October 7 to November 4, 2018, the two churches embraced the ‘stigma free church’ series and tackled the tough topics. As a conclusion to the series special Q and A panel with three professional panelists answered questions posed by congregants and community visitors during the service. Mindful of it being All Saints Sunday, the session was followed by not only a time of remembrance for saints and passed loved ones but also for the lives of those lost to overdose, suicide, addiction and human trafficking.

Each week, a five to seven minute testimony was given in which someone who had been affected by and or worked alongside someone affected by each particular issue from both in and outside the congregation, shared their story and offered hope in the midst of difficult realities. The first week featured the Morris County Sheriff Department’s Hope One Team which offered free NARCAN trainings to congregation members after each service, teaching people what to do if they encounter someone who overdosed, and provided a NARCAN kit to the more than 30 trainees. The last week featured several organizations on the frontlines of the various issues presenting tables filled with helpful resource materials for congregants and the community.

“While the sermon series was taking place, a five week small group opportunity called ‘Rethink Addiction’ was happening on Wednesday nights in the conference room of a local youth center in Montville,” explained Kirschner. “We delved into the often unrecognized and underestimated power of habits underlying all addiction, modern neuroscience, addiction and theology and rethinking church.”

As a follow-up to the series, the church’s offered a stigma free essay contest for any Jr. High and High School students with a $250 award, part of the funds going toward a project the students initiated to help lessen the negative impacts of stigma surrounding any issue addressed in their essay.

“The spirit just got a hold of my heart and opened my eyes in a big way to some key issues of our day that I couldn’t turn a blind eye toward,” said Kirschner. “I felt compelled to respond in whatever way I could.”

Kirschner will be leading a workshop for the Skyland’s District Foundation Learning Day on January 19 at the First UMC in Newton to talk about the stigma free church and how those interested can adopt and engage. To find out more, visit boontonumc.com or montvilleumc.org/the-stigma-free-church