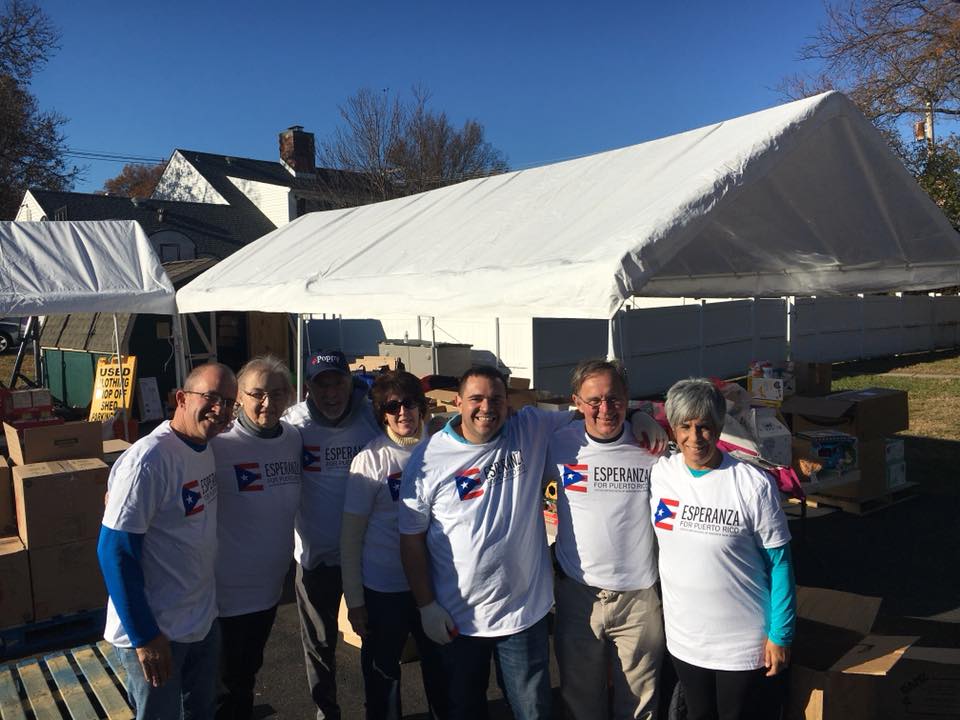 A Food, fund and supply drive was held as a part of a Service of Thanksgiving on Nov. 19 at First UMC of Highstown. $50,000 was raised for Hurricane Maria ravaged Puerto Rico, 27 pallets of food, and six pallets of Christmas toys were gathered for shipment to the island. Photo by Rev. Hector Burgos

HIGHSTOWN – The need in Puerto Rico after Hurricane Maria is personal for many in GNJ as congregations and surrounding communities have significant numbers of people with strong family ties to the island. From these concerns, GNJ United Methodists created Esperanza (Hope) for Puerto Rico, a grassroots effort to bring relief and resources to those struggling through the storm’s devastating aftermath.

Working directly with Bishop Hector Ortiz of the Methodist Church in Puerto Rico and coordinating with UMCOR (United Methodist Committee on Relief), churches raised funds and gathered supplies. In October, Sam Perez, a member of Bishop Jane’s UMC in Basking Ridge met Ortiz at the airport in San Juan to deliver a $50,000 check to provide immediate relief and supplies.

Since then, leaders have organized a food, fund and supply drive as part of a Service of Thanksgiving held on November 19 at First UMC of Hightstown. The service, led by Hector Burgos, Director of Connectional Ministries, was live-streamed in Puerto Rico and featured a greeting of thanks from Ortiz. The fund and supplies drive raised an additional $50,000 for Puerto Rico and resulted in 27 pallets of food and six pallets of Christmas toys which are being shipped for deployment to the island.

“The beautiful people in GNJ are overflowing with abundance for the people of Puerto Rico and have declared that Puerto Rico will rise again,” said Burgos at the service.  “We are working with Bishop Ortiz to develop facilities and avenues for mission teams to get to work in Puerto Rico rebuilding homes and renewing hope.”

In addition to the funds raised for Esperanza for Puerto Rico, GNJ churches have:

Churches around the region are preparing teams to deploy to Texas, Florida and Puerto Rico in 2018 to start the rebuilding process.