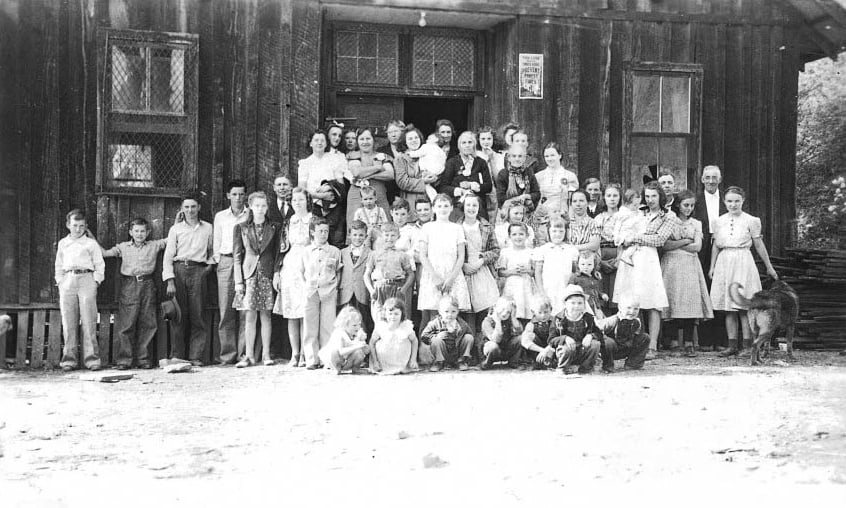 “Hope is the thing with feathers that perches in the soul – and sings the tunes without the words – and never stops at all.”—Emily Dickinson

The red cardinal, the state bird of seven states including Kentucky, holds a special spiritual meaning for Christians as it symbolizes everlasting vitality (the faith in the blood of Christ as the birds are red in color), Christmas (the birth of Christ) and are also considered a creative force (the red color equals vitality and creativity).

In the remote Clay County of eastern Kentucky, where also Chief Red Bird of the Cherokees once lived, sits a place of dichotomy–where shuttered coal mines, shells of cars, decayed houses and generations of poverty are entrenched in the Cumberland Mountains but where lives are also transformed sometimes with just a hammer and a prayer much like Jesus did.

This year marks the 100th anniversary of the Red Bird Mission, a faith-based nonprofit that has directly responded to the growing needs of a community where more than 40 percent of the population lives below the poverty line.

According to the history, a young teacher named Zelphia Roberts prayed that a Christian school be started in the area when she noticed how many children were not receiving any education. In 1919 the Illinois Branch Women’s Missionary Society was the first of three branches to request that a church begin work here. After much prayer and study, the Women’s Board established the Faith Fund to help pay for its growth.

Zelphia’s prayers were answered on July 1, 1921, when the first workers, Myra Bowman and Emeline Welsh, arrived to teach elementary grades. Rev. J. J. DeWall was the first pastor appointed to the Mission and served as superintendent from 1921 until his death in 1928.

Soon after teachers came, nurses and doctors arrived. Red Bird medical work began in 1922 with Lydia Rice, RN as the first medical worker. Dr. Harlan Heim joined the staff in 1926. The first hospital was built in 1928, but for many years, calls to mountain homes were made by medical staff on horseback.

Under the leadership of Rev. DeWall, a pattern was set that continues today. He and his wife, Nettie demonstrated the purpose of Red Bird – to bring Jesus Christ into every heart and to bring life abundant to all.

Since that day in 1921, the organization offers a strong foundation of education, community outreach services like a food pantry, healthcare, home repair and personal development. Educational services through a PK-12th grade school are provided at the Red Bird Christian School where 100 percent of its students graduate, as well as a Head Start program and an adult vocational training program (Red Bird STEAM).

“It’s part of my soul, part of my journey, part of my ministry,” said Rev. Gabrielle Martone of Pearl River UMC who led a team of 42 people this summer on her 15th trip to Red Bird to fix a bathroom, build a ramp to a trailer, built a stoop and paint a porch. “Our goal is to enrich people’s lives in the place where they are and not only helping people whose identity matches my own. It’s about being open to changing where they’re at based on what their needs are.”

Despite the widespread hardship and inordinate need she sees, Martone remarked how resilient and resourceful the people of Clay County are.

“They are amazing people, super generous. I’ve learned more down there than many other places,” said Martone who added that their strong survival skills enable them to keep going.

But despite the glimmers of hope she sees while on her mission trips, Martone said her eyes have been opened to the poverty in America and the realization that in ministry a one-size-fits-all approach does not work.

Similarly for Rev. Dave Delaney of St. Paul’s UMC Deptford, who has also made several trips to Red Bird, he is grateful for the collaborative spirit he sees there.

“There’s a blessing you get that’s hard to explain,” said Delaney who added that he and his team worked on a house owned by a man named Terry Montgomery. “We have made a stranger a friend again, and we have made his house so much better than it was when we arrived in Kentucky.”

Delaney also recalled how in 2019 he and his team met a woman whose husband had died in the coal mines, leaving her to take care of their children, including a disabled son.

“Miss Tanya is a friend for life,” said Delaney who added that during the pandemic Tanya worshipped with St. Paul’s online.

“What we do know is there’s a lot of work to be done and this work is not in the name of any one particular church because it’s the work of God in Jesus Christ,” said the former social security employee.

“Our team was thrilled to see that four churches from Pennsylvania plus one young person from a church in New Jersey formed a work team together because they knew it wasn’t about the one church’s name, but it was about representing God in Jesus Christ,” said Delaney who is looking forward to planning a more collaborative effort for 2022.

“I’m asking every grandparent to consider coming with their grandchildren as the woman from Pennsylvania did last week. I’m asking teenagers to consider how this one week in Kentucky can make a difference in the rest of your life while helping make a difference in the life of others,” said Delaney who despite being more comfortable holding a spatula than a hammer relishes the next opportunity he will have in Kentucky. “I am encouraging those of you who have no carpentry skills nor plumbing skills nor basic labor skills to come to Red Bird because I have none of those skills either and yet I’ve been blessed by going to Red Bird.”

Over the past century, the Red Bird Mission has exponentially grown in its outreach as it remains nimble so that it can respond to the ever-changing needs of its community.

A dental clinic that was once run by a dentist is now staffed by students as part of a new partnership with the University of Louisville. The DeWall Senior Citizens Center started operations in 1991, and the Red Bird Elderly Housing apartments were opened in 1996. Emphasis on encouraging family food production led to the establishment of a farmers’ market in 2010 and a commercial food kitchen in 2017. A permanent pavilion for the farmers market was constructed in 2015 as part of a project to provide a potable water-dispensing kiosk for area residents without a clean drinking water source. Red Bird now teaches people how to farm, offering them a place every Saturday morning to peddle their crops.

To meet the needs of neglected or abused children in the community, Red Bird instituted a dormitory program that gives these children a safe place to live. The program also welcomes international students from places like Nigeria and China who pay full room and board, which helps to finance the program and gives local youth more opportunities to learn about other cultures.

When asked what she envisions for the next 100 years at Red Bird, Martone said, “It will continue to morph and change as the community shifts. There will always be a need for Red Bird.” She added that the ministry will likely be bolstered by the addition of vocational training, one of which involves the company, Caterpillar, and more services for the elderly.

To learn more about the 2022 Northeast Brigade to Red Bird, contact Rev. Martone at pastorgabriellemartone@gmail.com. If you live further south, contact Rev. Delaney at pdatstpauls@gmail.com to join his group in 2022.