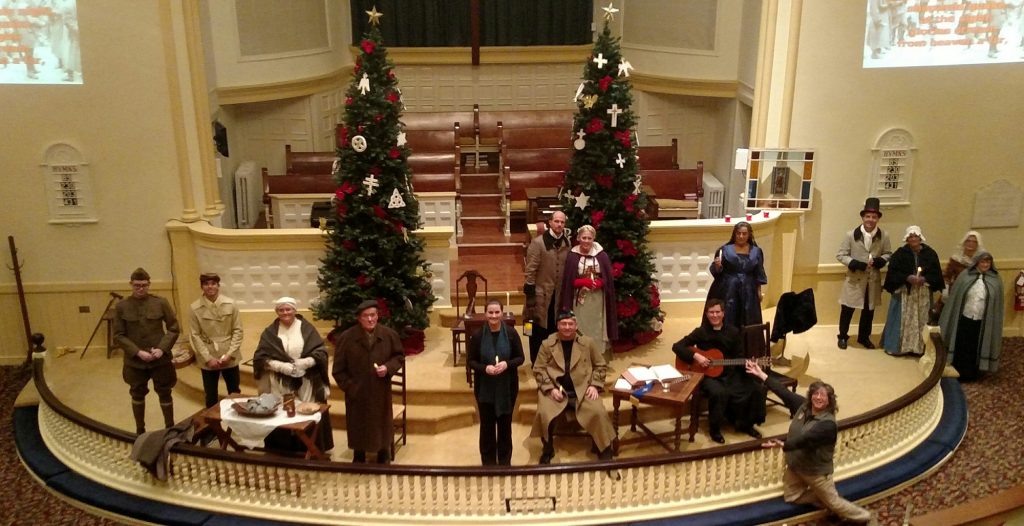 The cast of 'All is Calm' at Trinity UMC in Hackettstown

To commemorate the 200th anniversary of when the lyrics of Silent Night were written, Trinity United Methodist Church in Hackettstown performed an original Christmas play, “All is Calm, All is Bright.” Written exclusively for Trinity Church by member Bill Nutt, the play told the fascinating story of how the Christmas classic hymn, Silent Night by Franz Gruber and Joseph Mohr, was created. Set against the backdrop of World War I, when a truce on Christmas Eve in 1914 brought British and German soldiers together for an evening of song, sweets and a soccer match.

All is Calm, All is Bright introduced British and German soldiers and they exchanged stories that lead to Silent Night and how it was created so many years ago in Austria. The story was enthusiastically supported by the audience and many felt it represented an iconic time when two opposing sides could lay down their weapons and come together to celebrate the birth of Jesus Christ.  With the country at odds so often in 2016, the writer Bill Nutt, felt this was a message of hope and unity was  important to share.