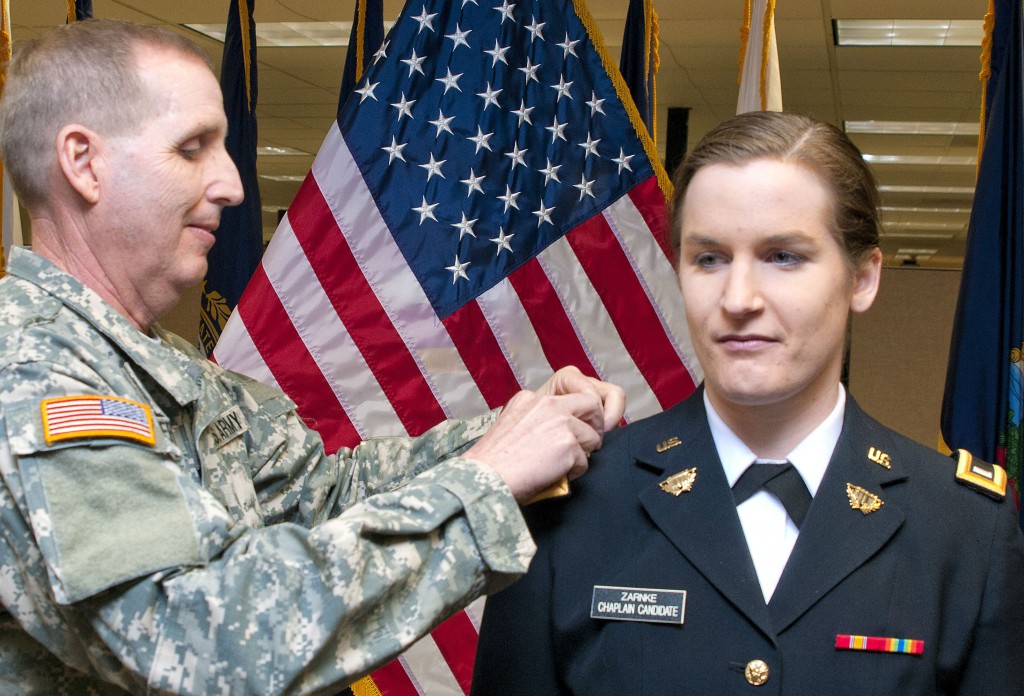 The call to ministry and the call to serve in the military each have life-changing impact according to Greater New Jersey pastors who have been or are in both roles. That’s why the impact of Veterans Day each Nov. 11 is not lost on them.

“Veterans Day has always been special in my family,” said Jack Lea, a former GNJ pastor who served 28 years as a full-time Navy chaplain and is one of several generations in his family to serve in the military. “I think Veterans Day has added meaning in our country now because of the thousands and thousands who have served in the last 14 years.”

“To me, it was an honor to serve,” said Rev. Chris Miller, who is the senior pastor at Delran UMC and served as a military chaplain in various branches of the service before retiring from that role last year. “It was something I felt drawn to as a child. I always had an affinity for the military.”

Miller began serving in the Coast Guard when he was 18 and he spent 18 years enlisted there. It was during that time that he also felt God’s call to be a pastor. He returned to school to finish his education for ordination and then as his Coast Guard enlistment was ending, he was accepted into the Navy’s chaplain program. He served as a Navy chaplain for 11 years, then as a chaplain in the Air National Guard and the Air Force reserves before retiring from that role in April of 2014.

“Only one percent of the U.S. population joins the military,” Miller said, “so I would imagine being that small of a percentage, you have to be someone who is called to military life.” Another GNJ pastor to experience that calling is Rev. Steve Herman, who is the pastor at Richwood UMC. Herman has been a pastor for 30 years and a chaplain in the Army National Guard for the past 25 years.

“It was a calling in my life,” Herman said. “When I felt God’s calling, it was a matter of sorting all of that out. I thought I was going to be called to be a pastor as my primary calling, and then to the military as a secondary calling. So now I’ve done both.” Miller and Herman have done a lot for the churches they have served and as military chaplains as well. It has allowed them to minister in different ways to people who might not normally consider seeking God in a church a setting.

“Being a chaplain is very different, but I would also say it is tremendously rewarding,” Herman said. “You are with people you would have never crossed paths with in parish ministry. They put chaplains in at the battalion level and right away it’s like having a church with 500 people and their families. Some might be Protestant, Catholic, Jewish, Muslim, Buddhist or even Atheist. But you are there as their chaplain.”

Lea, who is retired from the Navy as a captain and attends St. Paul’s UMC in Brick, N.J., said being a chaplain allowed him to present God to others in a unique way. “I think the real value of chaplaincy is bringing God to people instead of asking people to come to God,” he said. “In the military world things can get dicey pretty quickly and having someone who embodies the transcendence of God in that person in that uniform with that insignia, that’s a powerful witness.”

Miller said part of being a chaplain is seeing people for who they are and not the type of assignment they are on. “Ministry is ministry and people are people,” he said. “Sometimes things are intense because when you are in deployment the focus there is on combat.”

And if something is going on in a military person’s life, whether it be professionally or personally, the chaplain may well be the only person for service personnel to turn to. “The way the military is designed, you are the only person outside the chain of command that they have complete confidentiality with,” Herman said. “The soldiers need something like that and that is why we are there.” Being a pastor and a chaplain also creates a crossover experience, where things learned from each situation help the other.

Miller has had the experience of directly counseling people in both settings who were contemplating ending their lives. “I had two suicide saves in Baghdad, or two that were confirmed,” he said. “Then one time at a church there was a military retired person who knew I was in the military and the only reason he talked with me was because he knew I was in the military. A lot of folks who have been through hell in war don’t feel comfortable sharing with people who haven’t shared that kind of experience.”

Miller believes the country as a whole is more understanding of veterans and active military personnel now than they were when he started, just after the Vietnam War ended. “I remember how these people who didn’t volunteer to go, but were forced to go, were treated,” Miller said of Vietnam veterans. “I believe the country has regretted that as a whole. Now if people see someone with a hat that says military veteran or see someone in uniform, they go out of the way to say thank you for your service.”

One of the rewarding aspects for Herman has been the ability to bring the church and veteran organizations together. “I’ve always found that veterans have a camaraderie and a connection the same way people within the church connect,” he said. “We’ve been able to build bridges between churches and veterans organizations like the American Legions and the VFWs or the county veterans group. We’ve built those bridges and it brings a lot of people to church who wouldn’t go because of that camaraderie.”

Lea, who is now the Executive Director of the National Conference on Ministry to the Armed Forces, also pointed out that pastors and chaplains have unique and important roles in spiritual development. “I always felt it was a privilege to be a representative of our church,” he said. “The bishop’s confidence when I went to the Navy was a blessing to me. I felt like I had taken the church to people who have never walked into the church.

“The pastors and the chaplains are partners in ministry in different places where the other usually doesn’t go very often.”