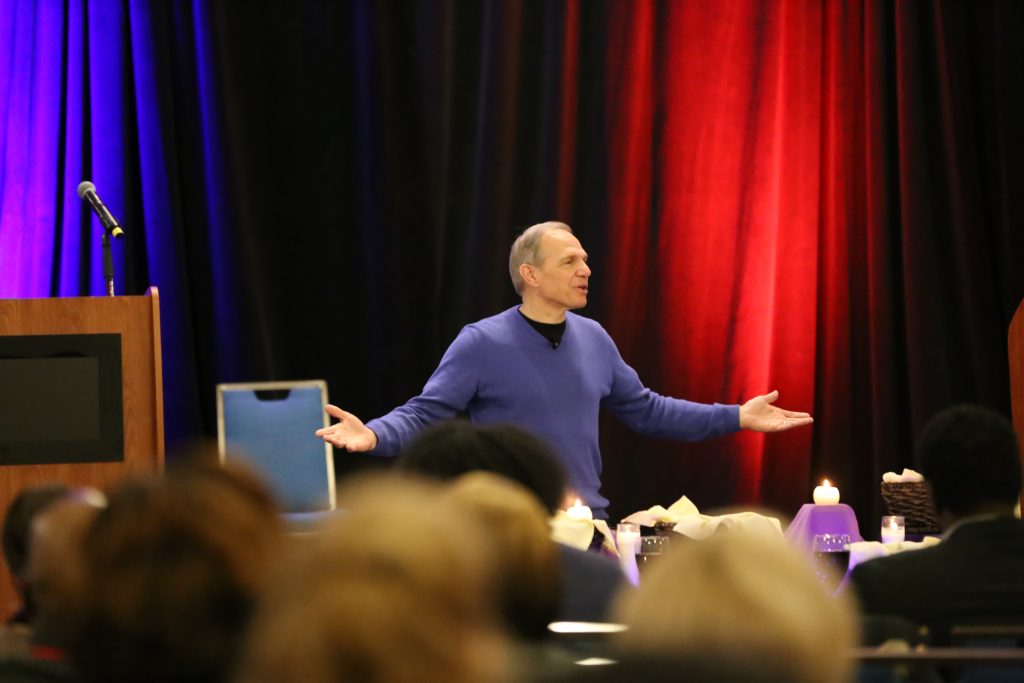 One of my good friends and mentors, Rev. Fred Day is a great story teller. We grew up in the same church and served together for three years in Philadelphia. I loved to hear Fred preach because of the rich stories he told. Sometimes he would portray characters in the Bible. Like a good storyteller, Fred embellished the stories, filled in the gaps, but most of all, Fred helped you find yourself in the story. The Bible is filled with stories. Each story reveals something of God and how the people of God are called to live lives set apart for the purposes of God. The entire Bible is a story itself of the movement of God in and through creation, and especially through humanity.

This is the second part of a series on the Bible. Previously I talked about the Bible as scripture, the holy writings for Christians. Sixty-six books, 39 in the Hebrew Bible and 27 in the New Testament that make up the Bible. The Bible wasn’t fully formed until 405 A.D. In other words, more than 350 years after Jesus’ death. The Bible was an unfolding document that was shaped after years of prayer, conversation and even controversy about which books would and would not be included.

Today I want to focus on the Bible as story, sacred story. Stories are important because they carry key messages about purpose, meaning, values, traditions and how to be better. Stories tell us why our life is worth living.

While the Bible is a collection of stories, it is also an unfolding story. For instance, Deuteronomy and Leviticus talk about dietary laws. What you can eat and what you can’t eat. You can eat beef but not pork.  You can eat fish with scales but not shellfish. Jesus followed these dietary laws. Then  the epistles, the letters of the New Testament, tell us you can eat pork and shellfish. The Hebrew Bible (Old Testament) also talked about not eating meat that was more than two days old and you should never eat any animal that you find that was already dead, although you could sell it to someone that was not part of your family and community (Deuteronomy 14). If you ate the wrong animals or seafood it was considered unclean and that by eating it, you were defiled and separated from God.

Why the change? It doesn’t give us a clear reason. This is why sometimes you have to fill in the gaps as we retell the story. Maybe, people who were eating the wrong kind of animals or seafood were getting sick and even dying. Maybe eating meat that was three or more days old made people sick, even to the point of death. Maybe several thousand years later in the New Testament, people had learned better techniques for preparing, cooking and preserving food and people were no longer getting sick from pork and other foods.

The Bible unfolds and deepens with the growth and development of humanity. Like the Bible, the Creator’s expectations for our living matures as we mature in mind, body and soul.

Biblical stories were not bound to historical ordering either. The Gospel of John is a good of example of faith story being more important than history. John orders stories differently than Matthew, Mark and Luke. For instance, John tells the story of the cleansing of the temple in the second chapter of his book while the other Gospels all speak of it in the last week of Jesus’ life. Did Jesus cleanse the temple twice? Probably not. I imagine if Jesus turned the tables over in the beginning of his ministry, the temple guards would not let him back in. Likely, John is telling the story of Jesus’ life and leads with this story to signal to the reader that Jesus came to turn things upside down, including religious practices and abuses.

Many of us who like to tell stories understand that sometimes we order things in the story to carry the message and meaning. Sometimes the story grows as new understanding emerges. Either way, the story, the biblical story continues to drive toward one purpose, the salvation of humanity, coming into a relationship with God through grace found in Jesus Christ and living a Godly life now. The stories teach us about who God is and that it is an unfolding story.

As I shared in the first article of this series, United Methodists are not literal in their interpretation of the Bible. In fact, Orthodox religions and other smaller sects are literalists.  Dress, diets and Sabbath observance are lived literally, just as the Bible states.   I do not know of any United Methodists who follows the Bible literally. Instead, our Wesleyan heritage says God has gifted us with intellect, experience and tradition which are lenses through which we read and interpret scripture. The Bible was an unfolding story that changed as life experiences grew.  The Bible wants us to understand God’s message without getting lost or tripped up by the details.

My faith and study of the Bible leads me to believe that the Bible is inspired story, God’s Word and essential for my faith and living. The Bible has revealed God’s salvation for my life, guided me into a relationship with Jesus Christ, taught me how to be a disciple and leader in the church and inspired me to serve God all my days. I find myself and the story for my life in the Bible. Thanks be to God!