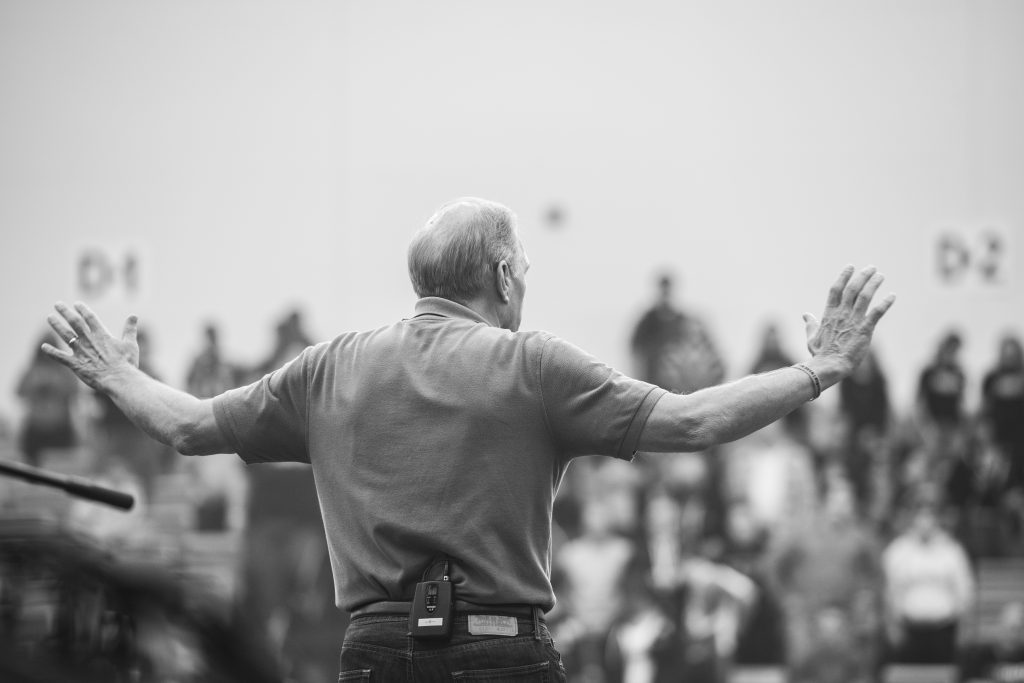 Embracing Both Traditional and Contemporary – Facing our Controversies

Husbands, love your wives, just as Christ loved the church and gave himself up for her. -Ephesians 5:25

Today these words sound pretty tame.  It is a traditional expectation in every Christian marriage — spouses should love each other just as Jesus loved.

Paul wrote these words in a time that was very different — when women were treated inferior to men and were considered property.  He broke with the traditional view of how men were to view and treat women with contemporary thinking by instructing husbands to love your wives just as Christ loved.  Believe it or not, he was a contemporary thinker.

Paul was forging a new concept in the roles and relationships of men and women not only in marriage but in their role in the church.

In the first century there were controversies between traditional and contemporary thinking just as we experience in the 21st century church.

Today I write the second in a three-part series on what’s next for the future of The United Methodist Church. For this series I am “mashing” two words that often do not go together to illustrate how people with divergent views can come together.

At the May 2016 General Conference Session, the delegates voted to establish a special commission to determine the shape and order of the church in light of our different views about LGBTQ people (Lesbian, Gay, Bisexual, Transgendered, Queer). The Special Commission is to identify a way forward in light of important theological differences concerning the ordination and marriage of gays and lesbians.

What does it look like to value traditional and contemporary thinking at the same time?

Jesus and Paul worked with both traditional and contemporary views. Paul was working to move the church in new directions and he complemented women who were leading the church (Romans 16:1-2 and Philippians 4:2-3) and in another context told women to be silent in the church (1 Corinthians 34-35). I believe Paul would be pleased that The United Methodist Church has embraced women in leadership roles including ordaining women clergy and consecrating women bishops

I believe it is possible to be orthodox and break with orthodoxy on certain beliefs and to be liberal and keep very traditional practices and hold traditional beliefs.

Jesus also exemplified the ability to embrace both the orthodox and the liberal. At one moment he said, I did not come to abolish the law but to fulfill the law (Matthew 5:17-18) and at another moment he defends his disciples for breaking the Sabbath law (Mark 2:23).

How could Jesus and Paul embrace divergent beliefs? By recognizing text and context as important to discerning God’s desire for the community of believers. They honored the sacred historic scriptural text and recognized it needed to be understood within new contexts.

In the study of the Bible, this is called hermeneutics. Hermeneutics is taking into consideration the context of a situation. Another form of interpretation is called exegesis which only looks at the words of the text. For example, if someone says, “This tastes good,” and that was the only information we had, we would believe he or she likes what’s being served for dinner.  If we could see the facial expression, understand their dietary habits, and hear their tone of voice, we might come to the conclusion that they are being sarcastic about their dinner of liver and onions.  Text and context are both essential and Jesus and Paul were always reflecting on the text and the context. That’s why they could seem to be traditional and contemporary in their teaching

The text provides a faith tradition that is instructive for our faith and beliefs.

The context provides a contemporary understanding and informs how we put our faith and beliefs into practice.

To be orthodox and liberal, traditional and contemporary is to recognize and embrace difference and to become more comfortable living in the midst of tension and controversy.  I believe that a person who is more orthodox in his or her theology can deepen their faith by embracing contemporary understanding and practices. I also believe that someone of liberal theology, goes deeper by embracing biblical traditions.

Jesus had the divine understanding to find truth in things that seemed to oppose each other.

Love anchored both Jesus and Paul’s teaching. Paul said husbands love your wives. Jesus said I did not come to abolish but to fulfill the law. What was Jesus filling the law with?  God’s grace, God’s unconditional love.

This means making room for differences, both orthodox and liberal. As United Methodists, we will see our way through our controversies by embracing traditional and contemporary faith as we fill our beliefs and practices with God’s grace and unconditional love.

In the midst of the controversy, to love means listening and seeking to understand someone’s views – whether traditional or contemporary — without dismissing them as primitive, unfaithful or even unchristian. Let love be our aim in our relationships and controversy.