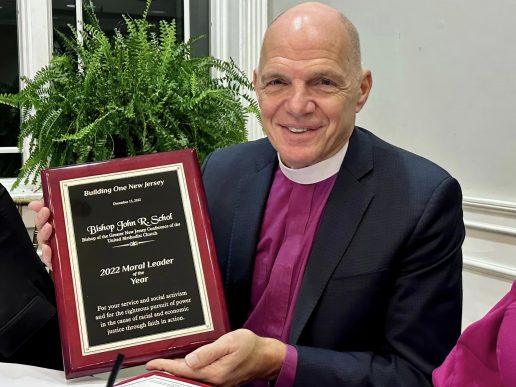 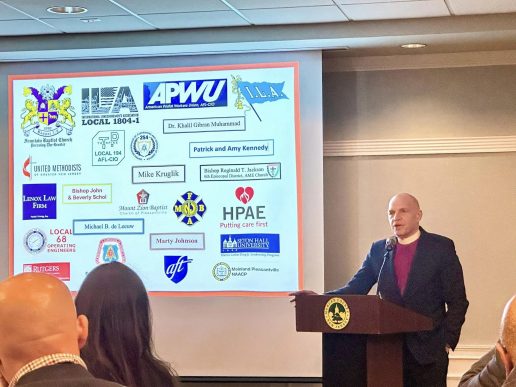 A faith-based, grassroots coalition of advocates for justice and equality in New Jersey, honored Bishop John Schol as Moral Leader of the Year at its annual awards ceremony Dec. 15 in Ewing, N.J. Building One New Jersey is “devoted to the idea that everyone who lives here has a stake in the economic and social wellbeing of our region.”

While honoring seven other leaders in government, education, civil rights and organized labor, the group recognized Bishop Schol for “his many years of service and social activism and for the righteous pursuit of power for the cause of justice through faith in action.”

He was credited for his “prophetic leadership” and contributions to the work of desegregating New Jersey’s public school system. While New Jersey is one of the most diverse states in the U.S., its schools are also among the most racially segregated in the nation.

Bishop Schol said his leadership for justice and ending racism is because of a great organization and leaders in The United Methodist Church of Greater New Jersey and Eastern Pennsylvania. He also shared a story of how his parents’ values of diversity, inclusion and equity have had a lasting impact on his life.

A number of GNJ conference leaders attended the ceremony, including: