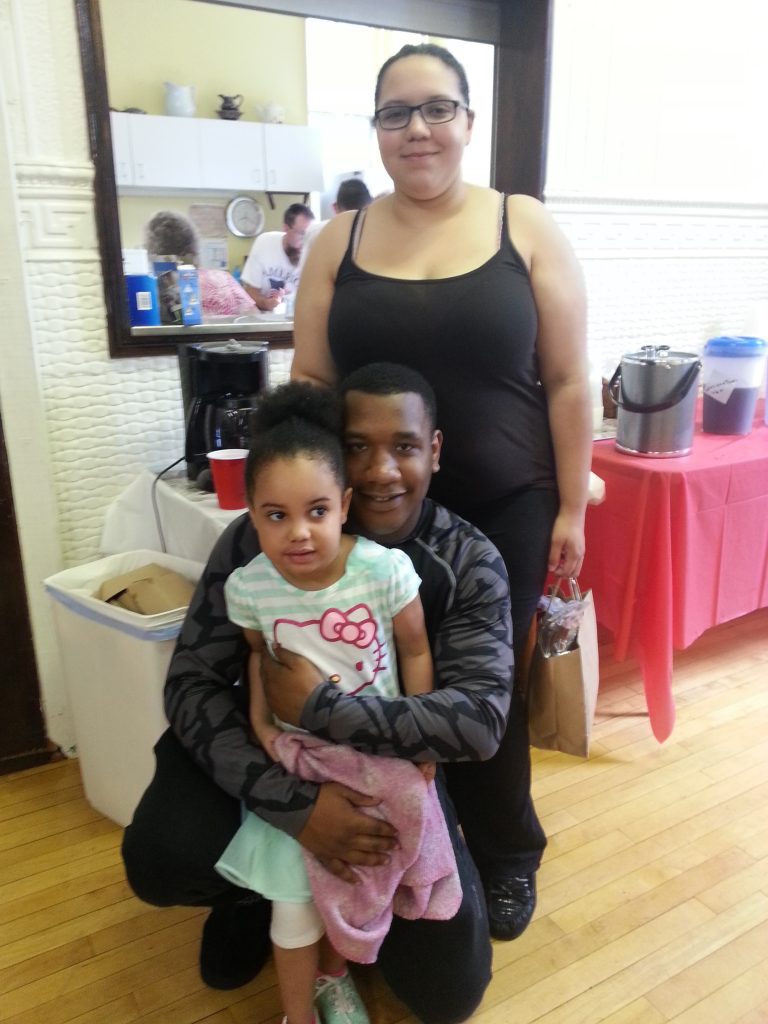 Imagining new possibilities for their church, Mt. Holly UMC hosted a family, fun, and friends day for their community on June 5 which resulted in more than 85 community members participating and four new families looking to join the church.

A food truck, praise band, face painting, clowns, dancing, singing, games, and a worship service rounded out the day which the church had been prepping for since January.

Hospitality Coordinator Becky Joslin sought to welcome back previous attendees and invite the neighbors surrounding the church. “I believe if we demonstrate that we’re a loving, kind and caring congregation, folks will recognize it and want to join us,” Joslin said.

The growing congregation, committed to education, advocacy, generosity and outreach, used the community day to feature new ministry initiatives. This year, Burlington County Chapter of Newborns in Need, a nonprofit providing clothes and other support to struggling families with babies, began a partnership with UMC Mt. Holly.

The event kicked off the church’s summer of “Through the Bible in 90 Days” challenge with a sermon by Wooten on the book of Genesis, emphasizing creation, community, and calling.

Through a bulletin board, event attendees learned about upcoming church events such as a summer day camp run by a staff of college students as part of Greater New Jersey’s college ministry grant. The church’s acting historian set up a display about the church’s rich history and the role it’s played in the neighborhood. The band, “A Wing and a Prayer” featured the grandfather of the church’s latest confirmand, and according to Joslin, “rocked the place.”

Shaboo, Shady, and Pearl, the clowns from Laughing Clowns Ministry, performed a “phenomenal, hilarious, and engaging show that put big smiles on the faces of kids and adults,” said Mt. Holly’s second student pastor Donald Kirschner. “Their mission was to show God’s love through laughter and they certainly did that for us.” The entertaining performance was accompanied by a powerful and relevant gospel message. “Don’t judge a clown before you get to know one, because I think you’ll be surprised at what you find,” Kirschner added. “They’ve got hearts as big as their shoes.”

“My favorite part was talking with people and seeing one of our youngest worshipers invite one of her friends to church,” said Wooten. “The day accomplished many things. It celebrated the great ministry that is already happening in the congregation and highlighted the possibilities God may have for our church in the months to come.”

Joslin was impressed with Wooten and Kirschner. “Their ambition and creativity are exhilarating,” she said. “Even our older folks appreciate the new life that these two breathe into the church. I think the word is getting out that we’re a fun place to be.”

Joslin beamed, “It was heartwarming because all the folks in church, despite age and physical abilities, were all willing to assist in any way they could. It is so wonderful when everyone works together toward a common goal.”